Blueberry rhubarb jam is a less common combination, but is no less delicious than the more familiar strawberry version. It’s a perfect jam to make during the transition from spring to summer. 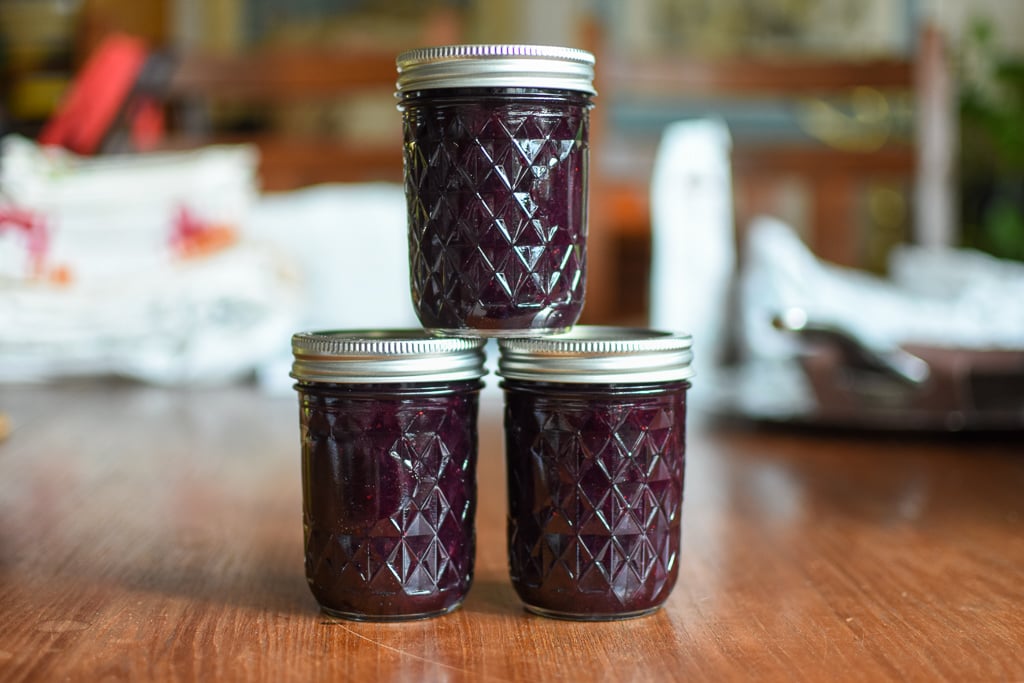 It’s jam month in the Mastery Challenge universe and so on Monday night, I hopped onto Facebook for some live jam making. I made a small batch of Blueberry Rhubarb Jam in for the folks who tuned in (you can watch it whenever you have time right here), chatted about my summer preserving plans (I’m going for mellow this year), and gave everyone a good look at my rapidly growing belly (yes, there are indeed twins in there). 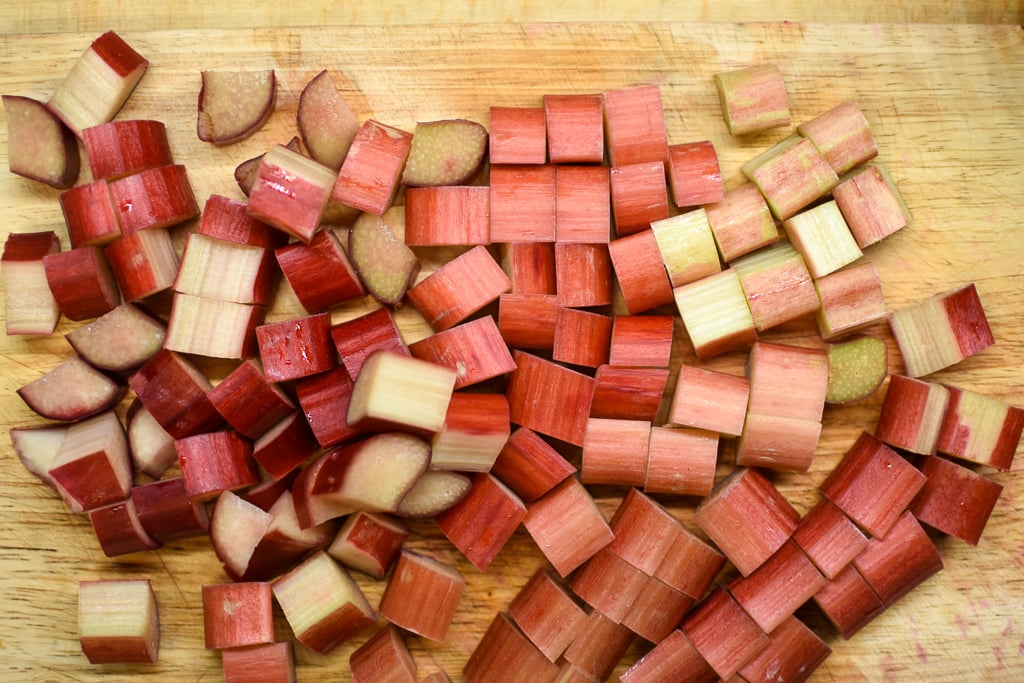 What I particularly like about this fruit combination (fondly called Blubarb by some folks), is that the berries and rhubarb really balance each other, but it’s not as common as the strawberry rhubarb combo. When used in equal portions, I find that the blueberries bring body and sweetness to the jam, while the rhubarb offers up its signature tang and zip. The end result is something that is satisfying and wonderfully spreadable (I used some commercial pectin, but the blueberries contribute a goodly amount of pectin as well). 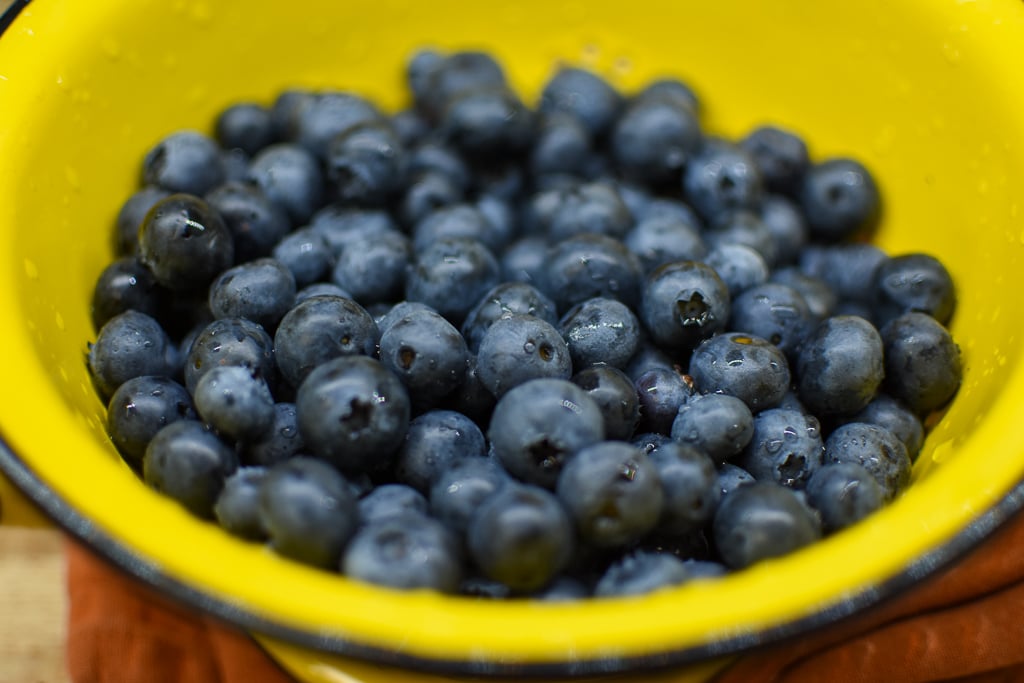 It might seem impossible, but this is the first time I’ve posted a recipe for this exact combination. I went simple with this batch, but next time I make it, I might add a bunch of lemon zest. Or perhaps some freshly grated ginger. I also believe that cinnamon and blueberries always go nicely together. There are so many different ways to take a basic recipe and transform it into something fresh and new-to-you. I think that’s one of the things I love most about canning. There are always so many themes open for riffing and exploration. 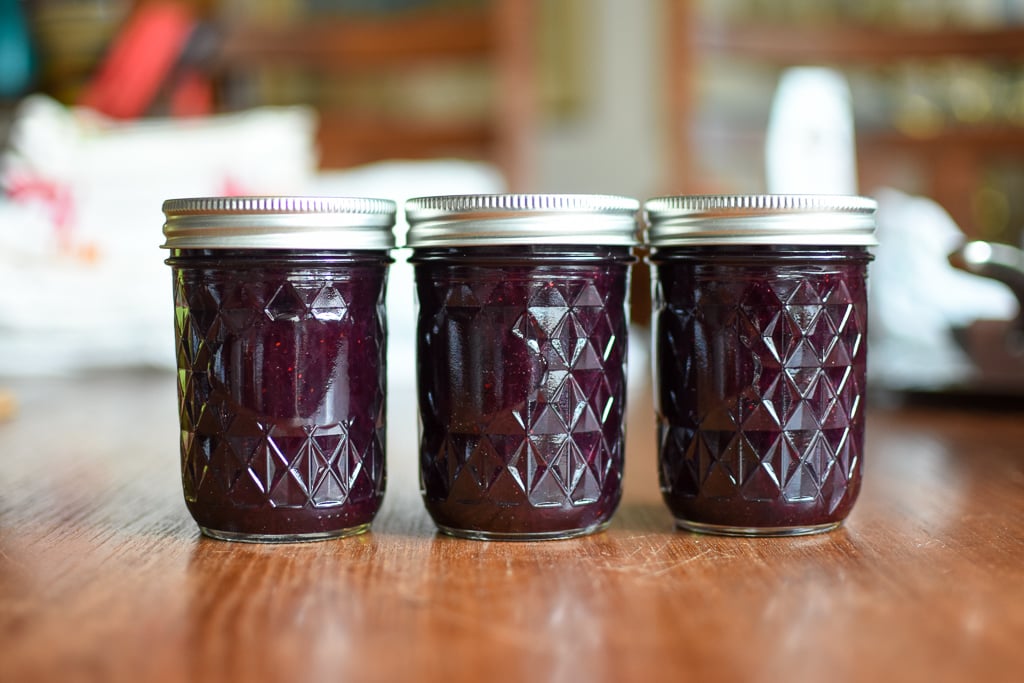 And if this particular jam doesn’t speak to you, make sure to explore some of the blueberry recipes from the archives. 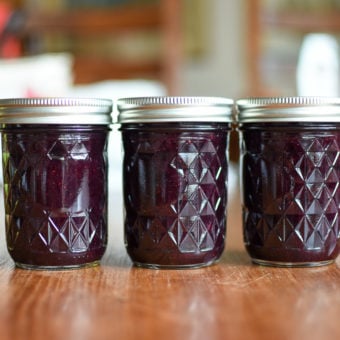