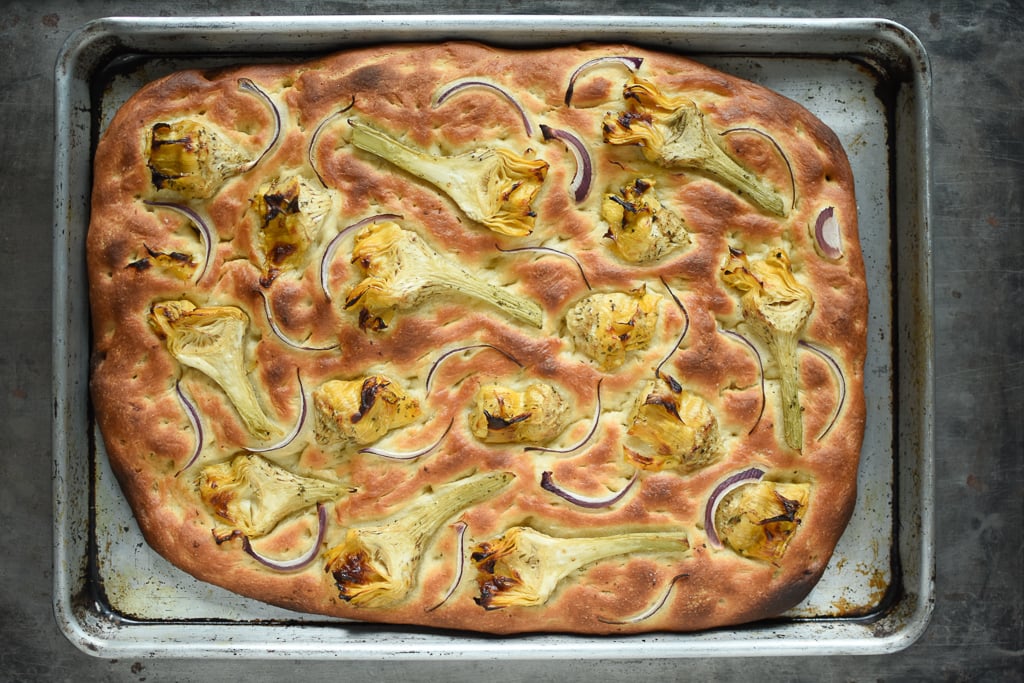 This was the first full week I’ve been at home since early April. I’ve spent the time sorting through piles that have been languishing for months and restocking the fridge and pantry with more than just a few days of food (when I’m away, Scott exists mostly on bananas, hard boiled eggs, and takeout). 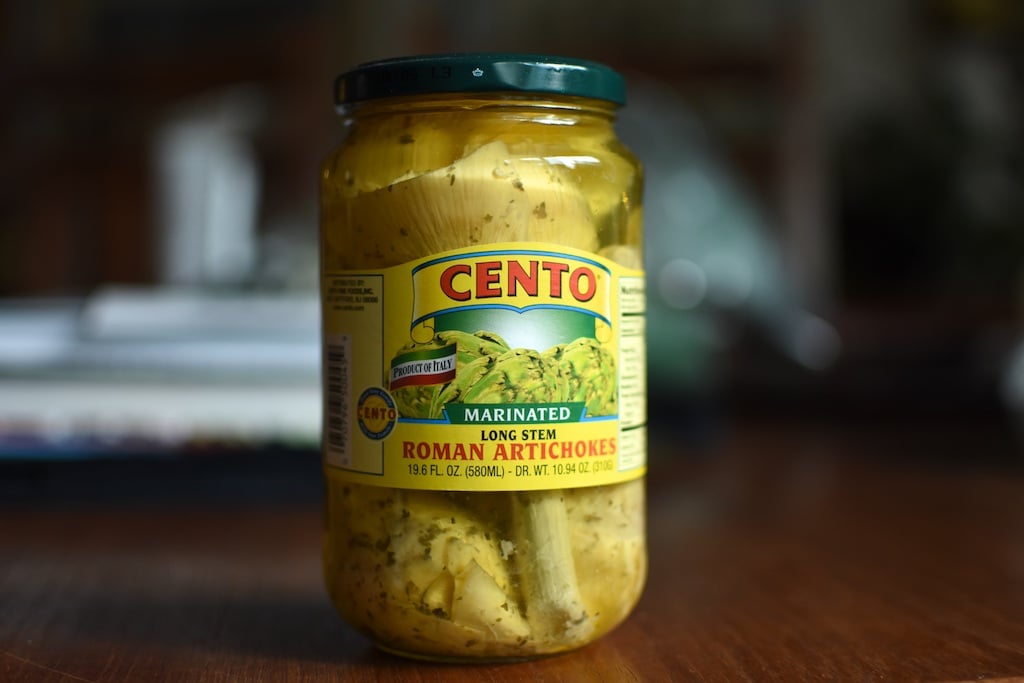 I’ve also been finding my way back to more robust cooking projects. For weeks now, when I did dash home for a few days, I’d make a big turkey meatloaf or a pot of chili to leave behind as leftovers before leaving again. That kind of cooking is highly serviceable, but doesn’t really do much for culinary creative satisfaction. 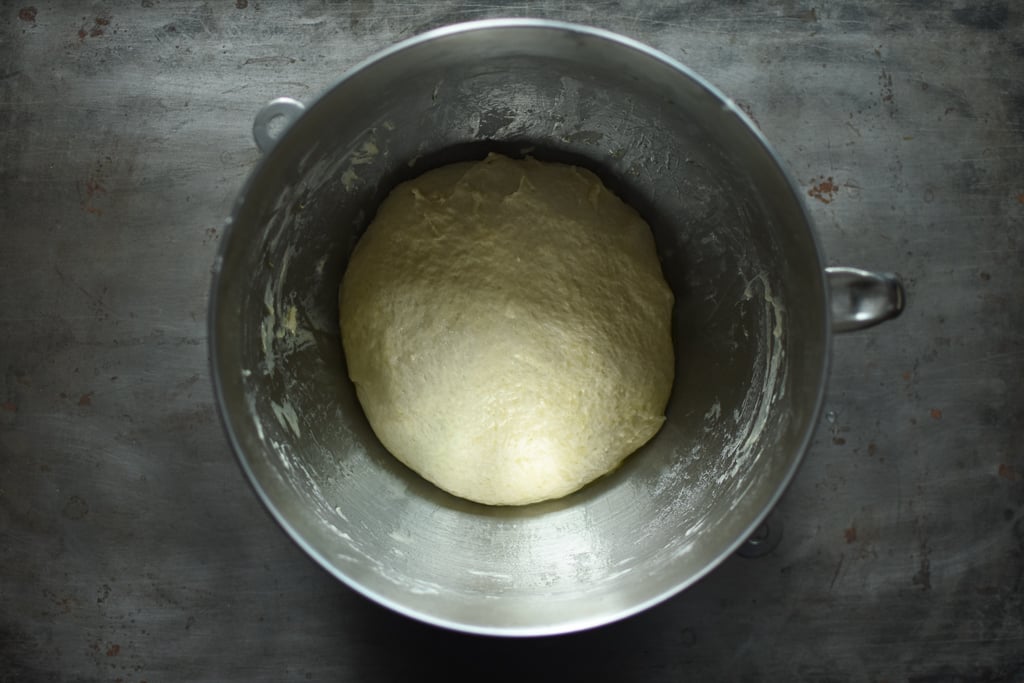 So, with a stretch of available days and a recipe to develop for my partnership with Cento, I pulled out the yeast and flour and got down to work. The result? This really gorgeous and delicious marinated artichoke and red onion focaccia. 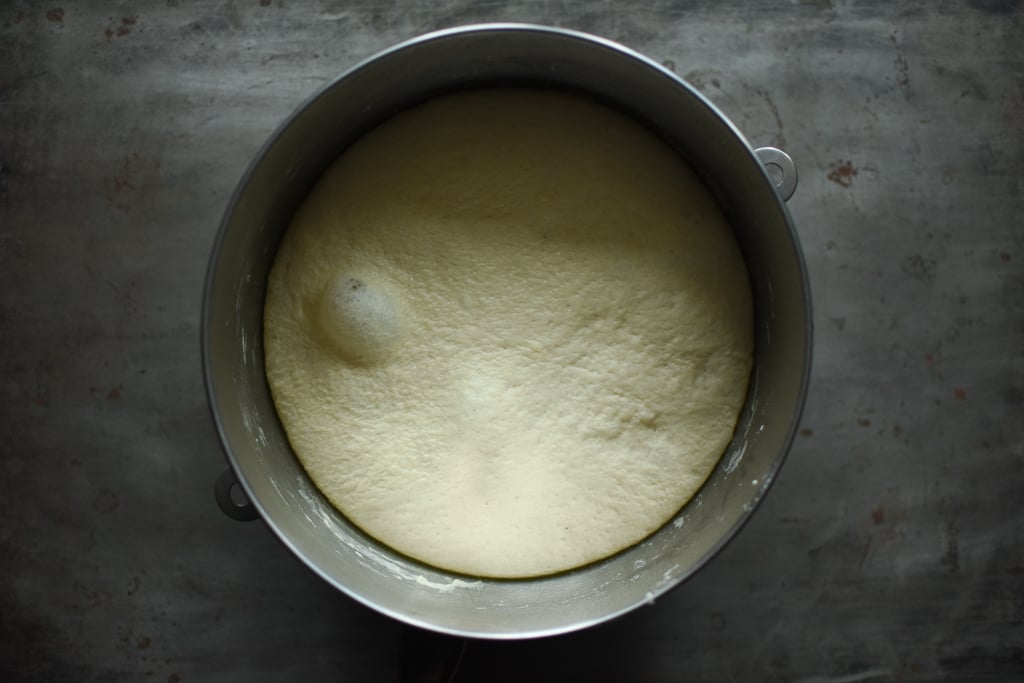 This trick of either nestling preserved foods into the top of focaccia or painting the surface with a preserve of some kind is one I’ve turned to many times over the years (you’ll find a sweet version of this recipe in The Food in Jars Kitchen). It’s a great way to use up tasty condiments and makes a delightful thing to have in the fridge or to take to a potluck. 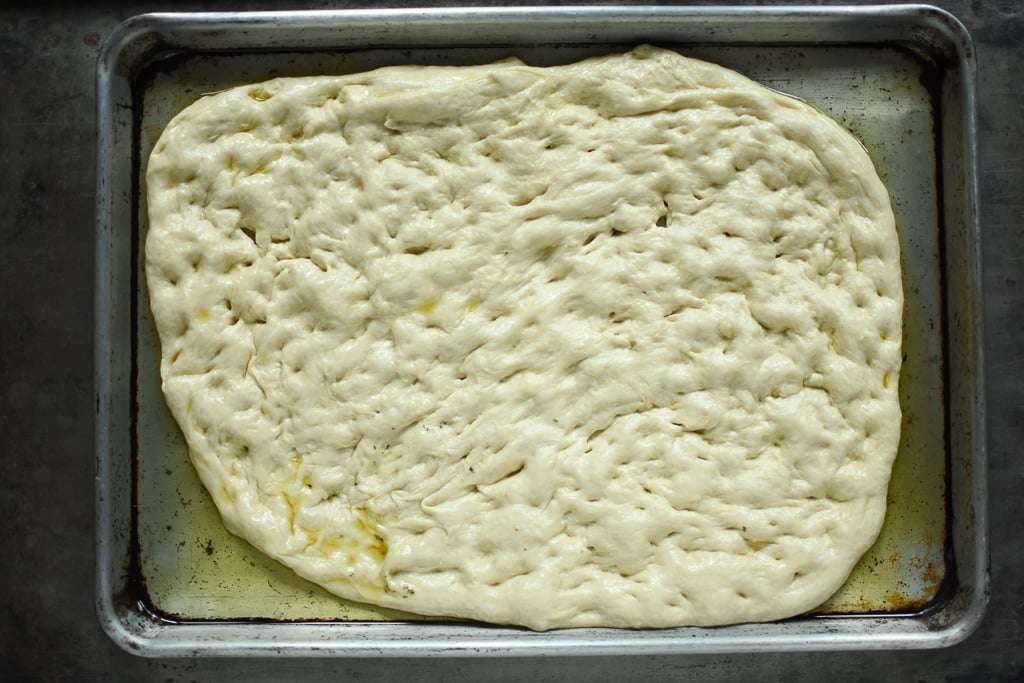 Here’s How You Do It

You start by making a simple dough of all-purpose flour, sugar, salt, instant yeast, and water. I build my dough in my stand mixer, but truly it doesn’t require too much kneading and so could just as easily be done by hand. Once the dough comes together, you drizzle it with a little olive oil and set it to rise. 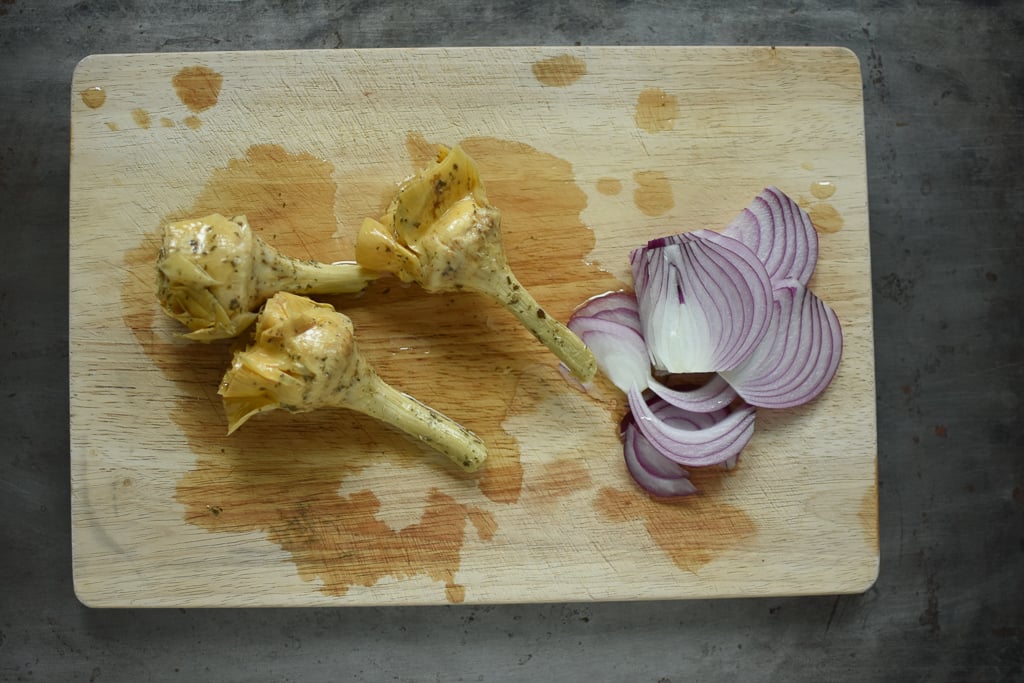 Once it has finished its first rise, you gently deflate the dough, reform it into a tight ball and let it rise again. I often let it do this second rise overnight in the fridge, but it can also be done on the counter (the fridge does give it the opportunity to develop a deeper flavor, but it will still be good if you’re working more quickly). 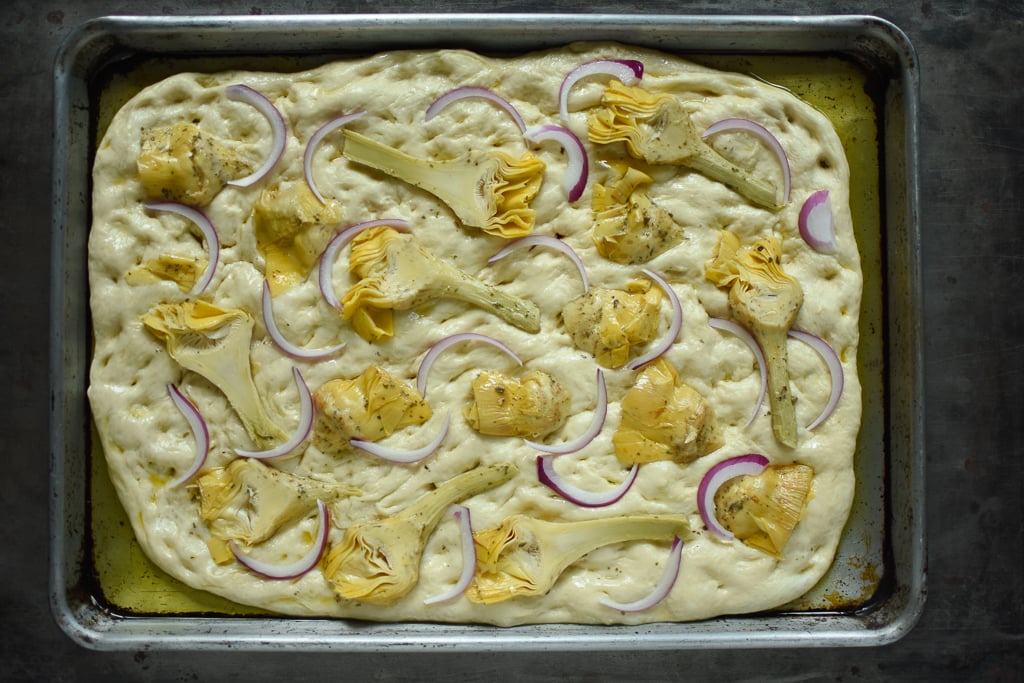 Then it’s just a matter of stretching it out on an oiled baking sheet (make sure to create actual holes as you stretch, to ensure it will have a properly pockmarked surface) and arranging your Cento marinated artichokes (I get four slices per artichoke) and slivered red onions on the surface of the dough. I like to place them firmly, to ensure that they’ll stay in place. The stretched and topped dough rises a final time for just 10-15 minutes before baking. 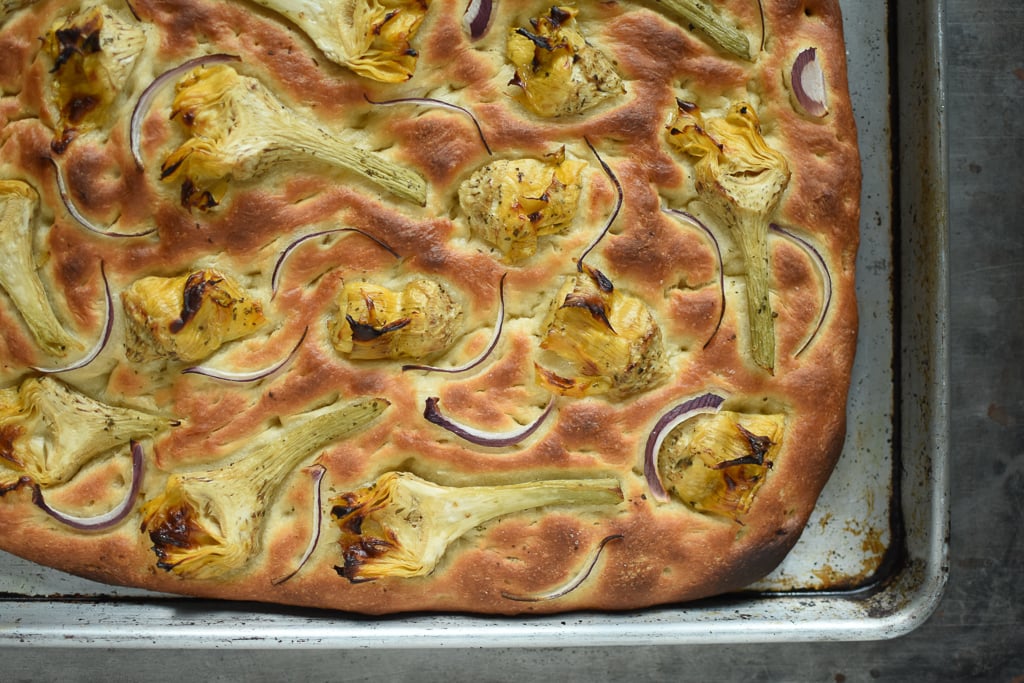 This is artichoke and red onion focaccia can be paired with any number of meals. We ate it the first night with grilled chicken salad bowls. The next morning, I sliced a square down the middle, toasted it lightly, and tucked some scrambled eggs inside. Hunks have been dipped in hummus and roasted red pepper dip. And if you think that a batch this size is too much, know that it freezes nicely as well.

Oh, and if artichokes aren’t your thing, try topping it with eggplant strips, sliced olives, or marinated mushrooms. 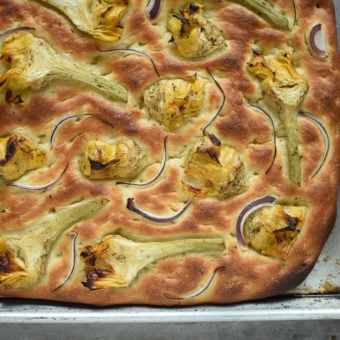 3 thoughts on "Marinated Artichoke and Red Onion Focaccia with Cento"