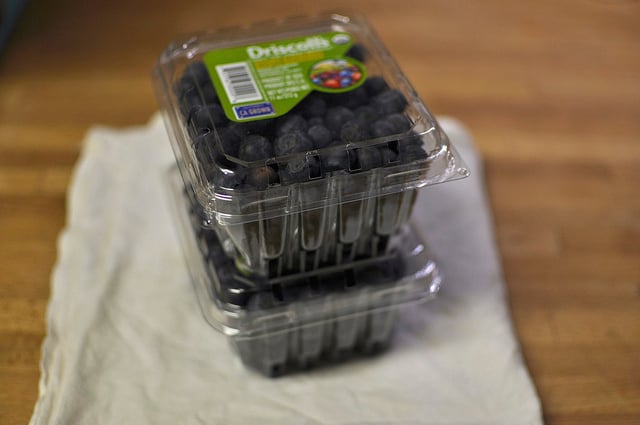 Already this summer, I’ve worked my way through nearly two flats of blueberries. I got my first flat from Beechwood Orchards and the second has been picked up piecemeal from various farmers’ markets and produce shops. I made a batch of slow cooker blueberry butter with some of the Beechwood blues and ate the rest. That second flat has gone into smoothies, baked goods and this small batch of blueberry ginger jam. 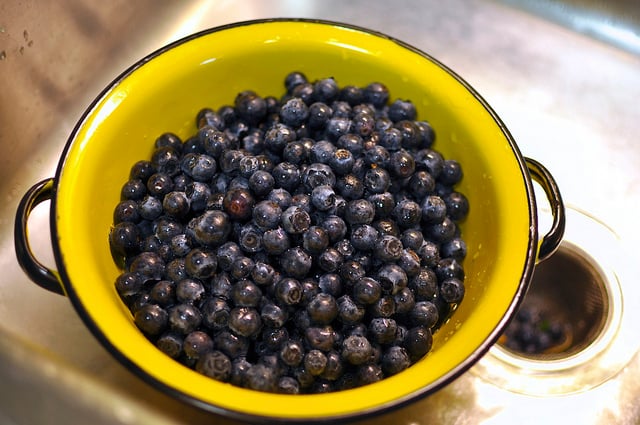 In the past, I’ve stuck with the combination of blueberry, cinnamon and nutmeg. It’s how my mom makes jam and so it tastes like my childhood. However, I had a chunky knob of ginger in my fruit basket and a few hunks of candied ginger knocking around a jar, so I decided to go a different way. 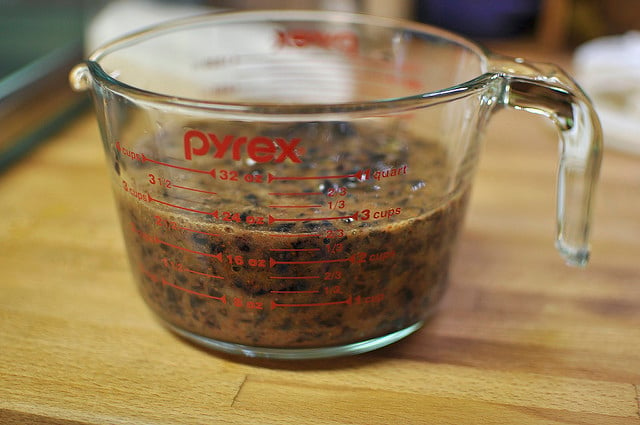 I went with the two different styles of ginger because 1). I had them both kicking around and 2). I’ve found that when you use two different methods for infusing flavor, you get a deeper and stronger presence. I also like the surprise of having little bits of candied ginger spread throughout the jam. 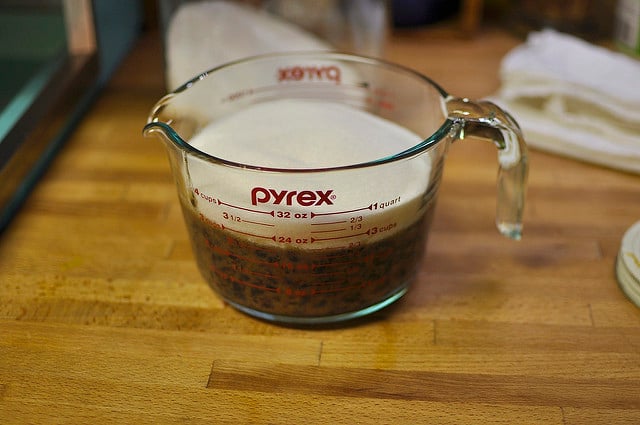 As you can see from the picture above, what I did was use the same measuring cup to portion out all the ingredients. When I make small batches of jam, I like to minimize the number of dishes I use so that the experience is as streamlined and easy as possible. After smashing the blueberries, I had just under three cups and so I measured a little less than one and half cups of sugar right on top of the berries. 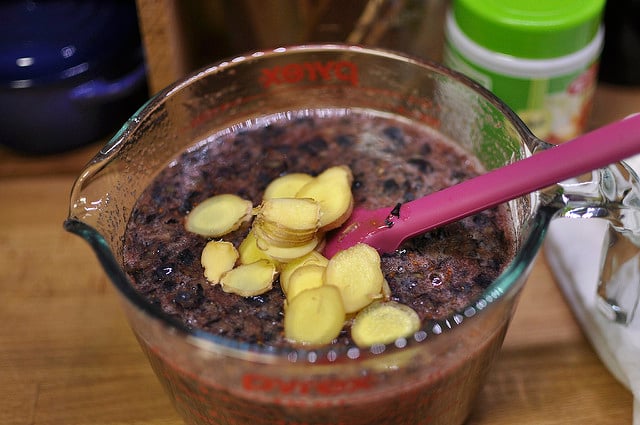 After the sugar and blueberries were stirred together, I tossed in about three inches of chopped ginger into the mix. Now here’s where I say that you should deviate from my method and consider putting the ginger into a tea ball or tying it into a length of cheesecloth. I ended up fishing each little slice of ginger out of the jam as it cooked, which was fiddly business. 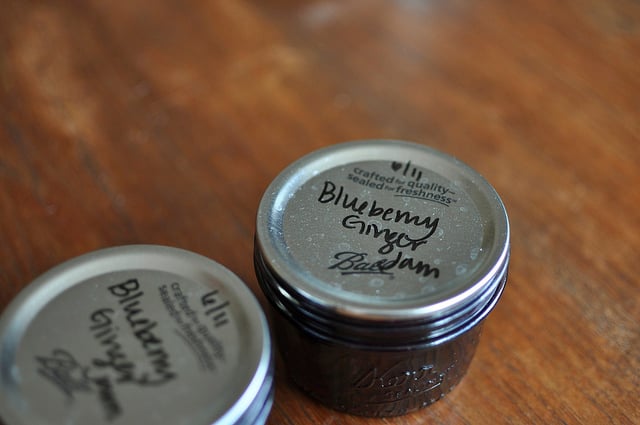 The finished jam is gently ginger-y with a nice, deep color and flavor. I’ve been eating it on toasted English muffins and I think it would be really good with a bit of cottage cheese. 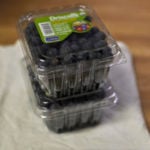