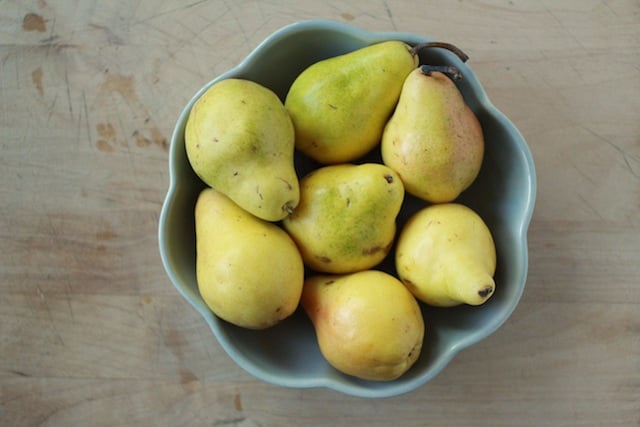 There a short list of canning recipes that I think of as my greatest hits. They are the preserves I come back to again and again, and are also the ones about which I’ve gotten the most feedback from readers and friends. This tomato jam is one. The roasted corn salsa in Food in Jars is another. And this time of year, I always make a batch of apple cranberry jam to share for Thanksgiving. 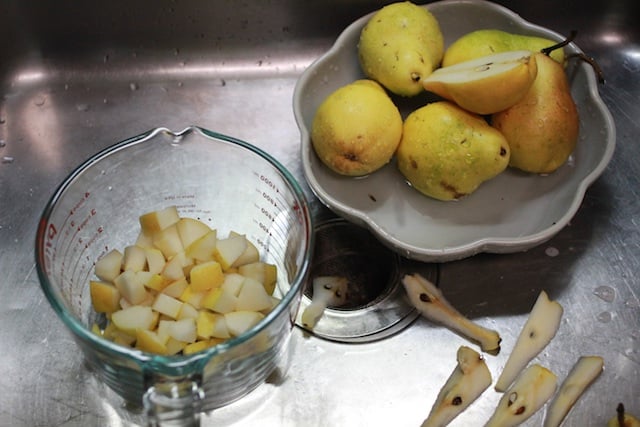 Another recipe that tops the greatest hits list? Pear vanilla jam. It’s a recipe I first made in early 2011 and I’ve since done it so many times that I can produce it entirely from memory. It’s a jam that works equally well on peanut butter toast or as part of a fancy pants cheese plate (try it with Delice de Bourgogne) and is always makes for a welcome hostess gift. 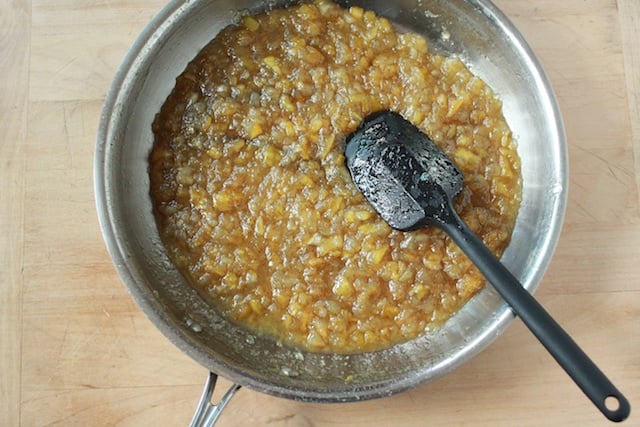 Recently, I’ve been taking a slightly different approach to this jam. I start with just two pounds of pears, cut the proportion of sugar down a hair, and then, when it’s all done cooking, I scrape it into a heat-proof measuring cup and puree the heck out of it with an immersion blender. 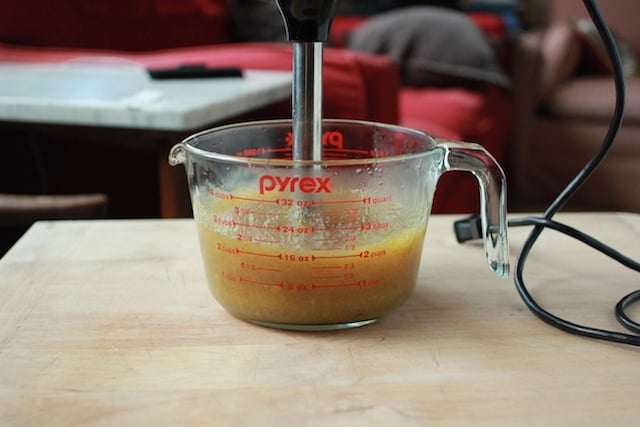 What the pureeing does is that it transforms it into a sweet, sticky glaze that retains a bit of the pear’s wonderful graininess. I call it a drizzle, though if the jar has been in the fridge, it can harden slightly past the drizzle point. I’ve taken to spreading micro-thin layers on toasted and buttered whole grain pancakes (I try to keep a stash in the freezer) and really like an afternoon snack that includes rice crackers, goat cheese, and little dabs of this sweet pear goo. 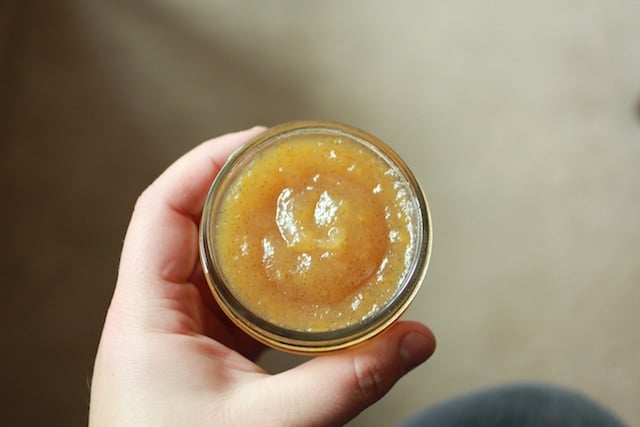 It’s not a flashy preserve, but it’s one of my favorites. Maybe it will become one yours too! 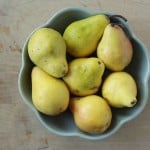