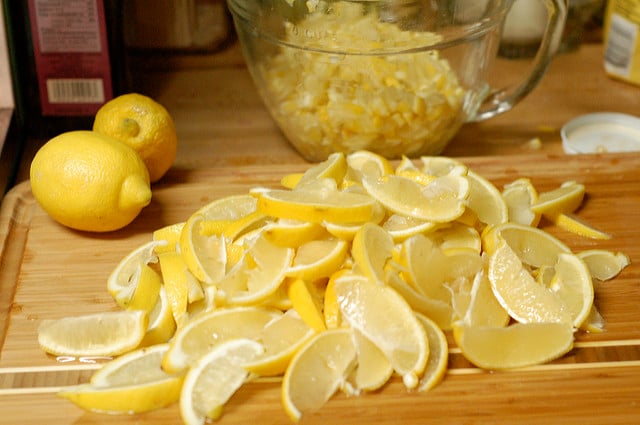 Having immersed myself in the world of marmalade over the last month, it’s definitely something I’m adding to my preserving repertoire. However, I am really grateful to be moving on canning/pickling projects that require less knife-work, as I don’t think my right hand could handle any further citrus chopping. This batch of Honey Lemon Marmalade required 14 lemons, which took nearly an hour to break down (and I seriously recommend that you make sure you don’t have any paper cuts prior to embarking upon this recipe). However, the work was worth it because this is one of the most delicious things I’ve ever eaten. 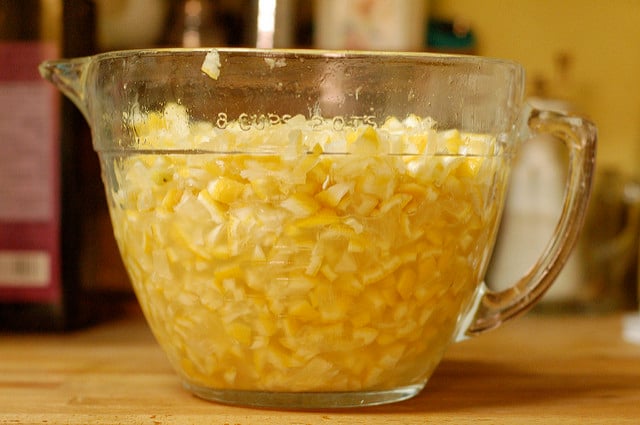 Back in January, I was obsessed with drinking infusions of honey, lemon juice and ginger. It was great way to fend off the winter chills and felt fairly virtuous to boot. While this marmalade doesn’t have any ginger in it, it evokes those infusions, and makes me want to stir spoonfuls into hot tea (I haven’t done it yet, but I may not be able to resist the urge).

This is the first time I’ve used honey as a sweetener in a canning project, and I think it worked pretty well. It wasn’t the sole sweetener, I also used some evaporated cane sugar (not because I was trying to be healthier, I was simply of out regular sugar). I wanted the flavor of the buckwheat honey (darker and slightly richer than regular wildflower honey), but because it’s such a deep taste, I was afraid that it would overwhelm the delicacy of the lemon. 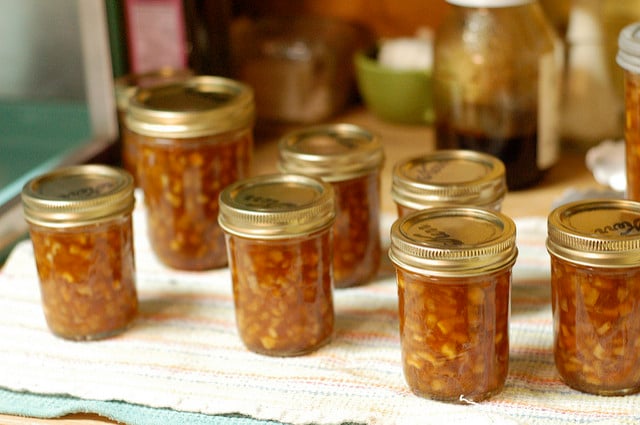 The other thing I did differently with this batch of marmalade is that I used a full dose of pectin. In past batches, I used a single 3 ounce pack of pectin. This time around I used a full 6 ounces, which really firmed things up. I also lengthened the cooking time, in the hopes of drawing out more of the natural pectin.

As always, I have a half pint of this marmalade that could potentially have your name on it. Leave a comment if you want in on the giveaway, I’ll pick a winner by Saturday at 5 pm. Thanks to all who entered, the contest in closed. 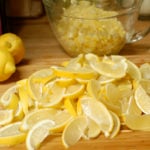