Dear friends. I’ve learned a lot about the process of making marmalade since the days when I posted this recipe. I don’t recommend that you follow the instructions I wrote below. I’m leaving the post up because I hate leaving holes in the site, but I ask if you’re looking for marmalade guidance, you visit this post instead. It can be made with blood oranges in place of the variety of citrus, should you be wondering. 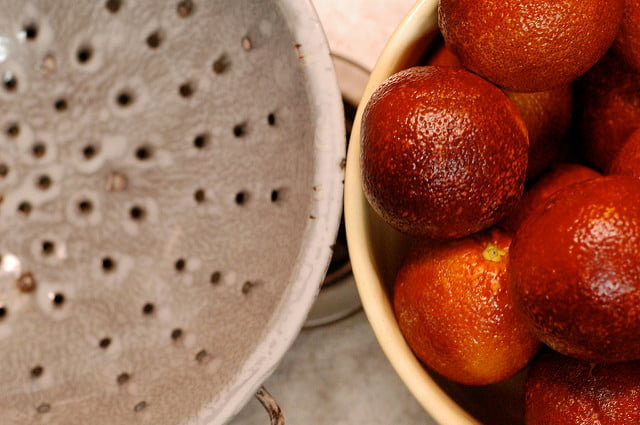 This marmalade wasn’t part of the plan I had neatly laid out in my head. I figured that after the Vanilla-Rhubarb Jam, I would make a batch of Honey-Lemon Marmalade and then head to the savory, pickling side of things for a while. But then I found myself at Reading Terminal Market last Saturday with my friend Shay and Iovine’s was selling blood oranges 5/$1. At that price, it seemed like I would be a fool not to buy a few. Or fifteen. 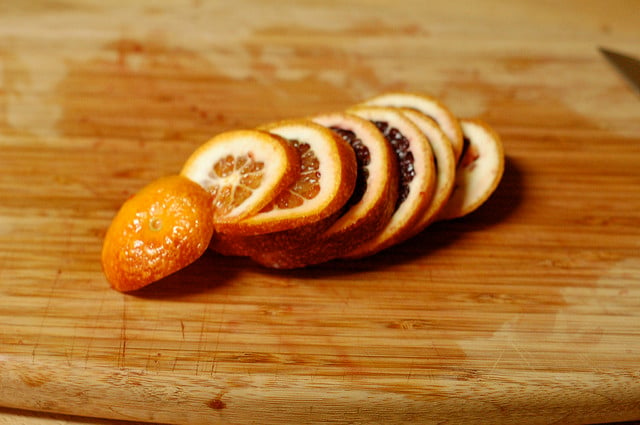 Have you ever bought fifteen pieces of the same fruit all at once, when they’re being sold by the count (as opposed to by the pound or the half-bushel)? It was certainly a first for me. I think previously, I’d never gone over ten. It was something of a physical challenge too, because Iovine’s has narrow aisles and is always crowded (more so on Saturdays), making it tricky to balance your basket, keep your bag from knocking people over and still managing to keep track of how many oranges you’ve tucked into the bag. I must have recounted three or four times before I was sure that I had the proper number. 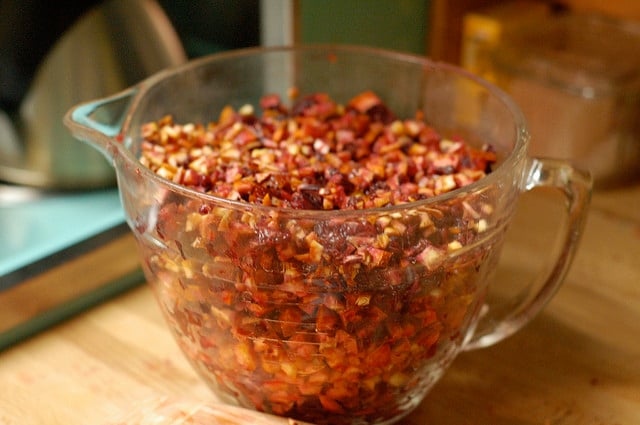 I spent a couple of days with the blood oranges on my kitchen counter, arranged in a old yelloware bowl. Each time I walked into the kitchen, I’d pick one up and give it a sniff, recalling the first time I encountered blood oranges. It was about six years ago, the only time I took a boy home to Portland for the holidays (Scott, the one I’m marrying, still hasn’t been to Portland or met my parents. I guess that’s what the wedding will be for). Matt, an old family friend, was bartending at Paley’s Place, a delicious restaurant in NW Portland, so one night, the boy and I headed out to have a drink while he was working and catch up for a bit.

That night, Matt too busy to talk much, mostly because he’d put several drinks on the menu that featured freshly squeezed blood orange juice. He made us some fancy, boozy coffees, with flaming cinnamon and we watched as he juiced the oranges and mixed drinks. 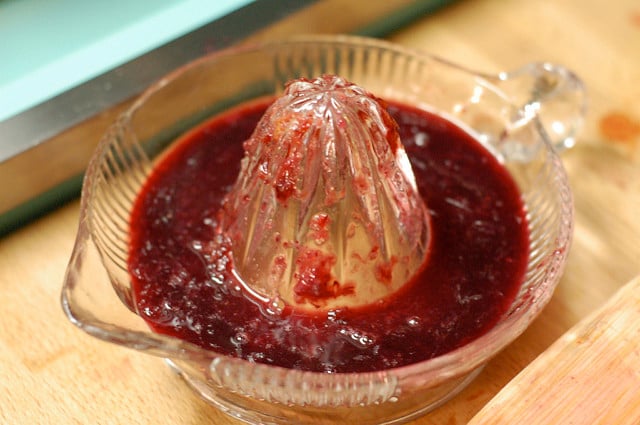 Tuesday night, as beautiful at the blood oranges were, it was time to make marmalade. I approached it much the way I did the first batch, taking care to sharpen the knife I was using before beginning the process of chopping the oranges. It’s a tedious task, but even more if you’re sawing away with a dull blade. 12 oranges later, I had ten cups of chopped fruit, my left hand was dyed a vivid purple and my kitchen was dappled with red drops of juice. 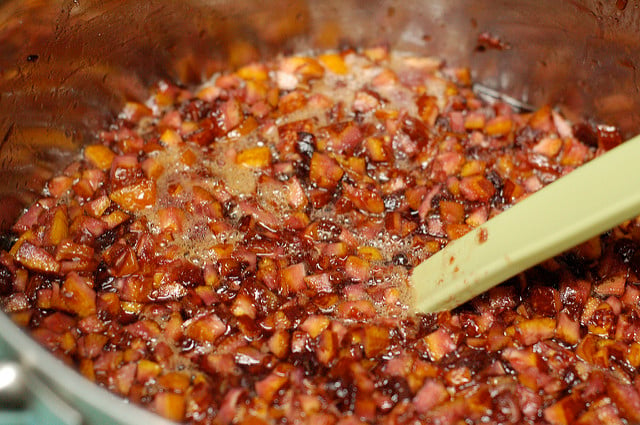 I cooked the oranges with 4 cups of sugar, one cup of liquid (I used half blood orange juice and half water, but plain orange juice or all water would be fine as well) and some lemon juice. I thought about adding something else to punch up the flavor, but after a taste, I determined that it was perfectly delicious as it. I used one packet of liquid pectin to firm things up a bit. However, the juice is fairly thin, so if you prefer a more jelled consistency, I’d recommend two packets. 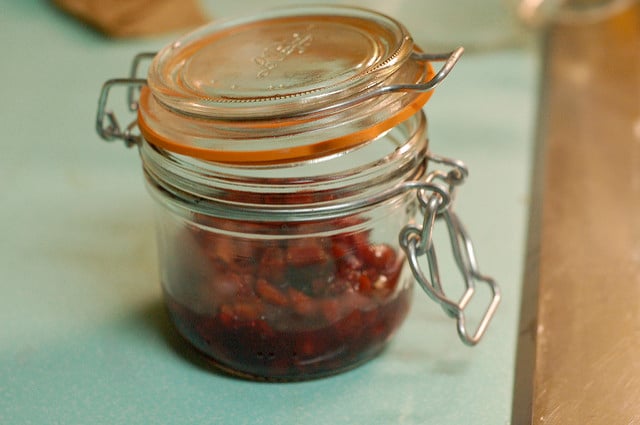 I think that this may be one of the best things I’ve made. The batch I made was a bit over four pints and so I had a small stash for myself in the fridge. I ate it on toast last night for dessert and the way the sweet and tart flavors work together is a joyful thing for the mouth.

I’ll be giving away a full pint of this marmalade to one lucky commenter. Since I didn’t get this post up until late on Thursday night, you have until Saturday at 5 pm to leave a comment for a chance to be the winner.

Sterilize your jars in your preferred manner.

Put fruit, sugar, liquid and lemon juice in a 4-quart, non-reactive pot and bring to a boil. Reduce temperature and cook at a simmer for 10-15 minutes (you want it to look syrup-y and shiny). Bring back to a boil and add pectin. Stir to combine and let bubble for 2-3 minutes.

Remove marmalade from head and ladle into jars. Wipe the rims and threads of the jars with a cloth dipped into your sterilization water and apply lids and bands. Put into water bath and process for ten minutes.

This marmalade definitely has a bitter edge. I don’t necessarily recommend it for folks who like their preserves sweet and uncomplicated. However, if you like a little zing with your morning toast, this may be your answer.