How to Can in Hex Jars With Lug Lids 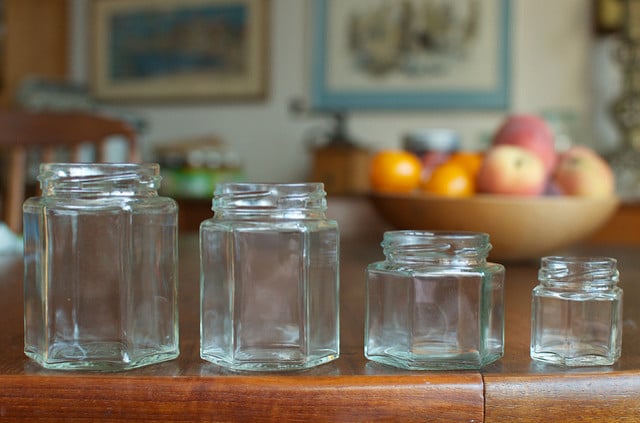 Today’s tutorial is a sponsored post from Fillmore Container. They are a jar and closure distributor based in Lancaster, PA and have long been a friend of Food in Jars. In addition to selling traditional mason jars and two-piece lids, they also offer an array of jars designed for commercial preserving, including four sizes of six-sided jars called hex jars. These are the jars we’re going to focus on today. While these jars aren’t approved by the USDA for home canning, they can be safely used in home kitchens for preserves if you know just a few things. 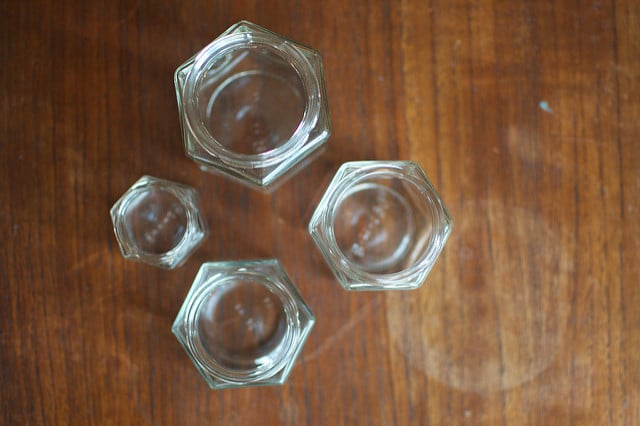 These are jars that should only be used with high acid preserves that need short spells in the boiling water bath canner (I try to keep the processing time to 10 minutes when using these jars). That means that I don’t use them for fruit butters or denser jams that need longer stints. They fill and process much like mason jars. 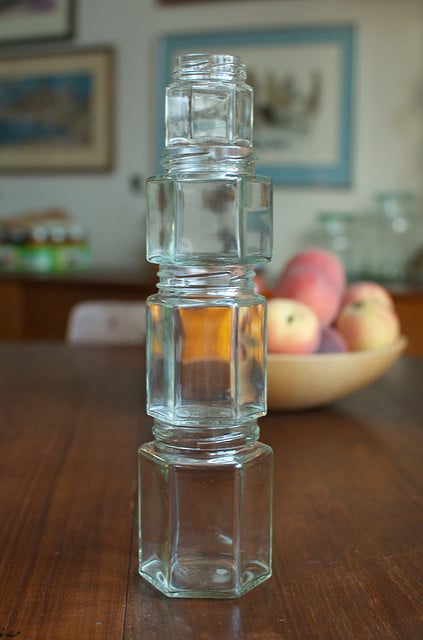 Fillmore Container sells four sizes of hex jars. There’s 1.5 ounce (perfect for samples and variety gift baskets), 4 ounces (which is the same size at the smallest quilted jelly jars that Ball makes), 6 ounces (a nice in-between size that you can’t get with a mason jar), and 9 ounces (think of it as a very generous half pint jar). Their faceted sides are smooth, which makes them perfect contenders for all sorts of label and stickers, which is a nice thing if you’re trying to create a more professional or uniform look. 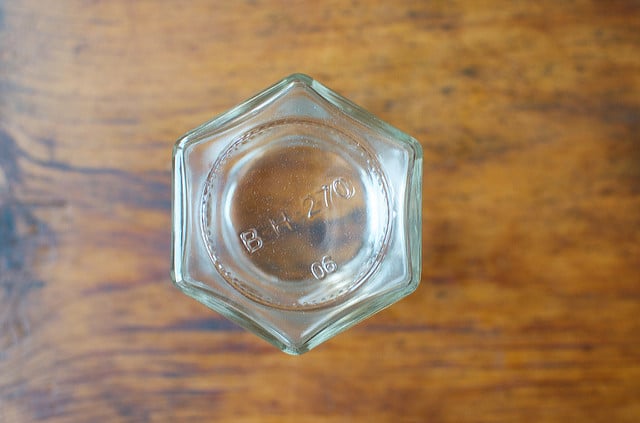 Hex jars use lug lids that are lined with plastisol. The reason they’re best for shorter times in the canner is that the plastisol liner can’t take long periods of heat exposure or extreme heat. So while they’re perfectly safe for short periods of boiling water bath canning, but are a no-go for pressure canning. If you want to preserve low acid foods in jars like these, you use retort lids instead. 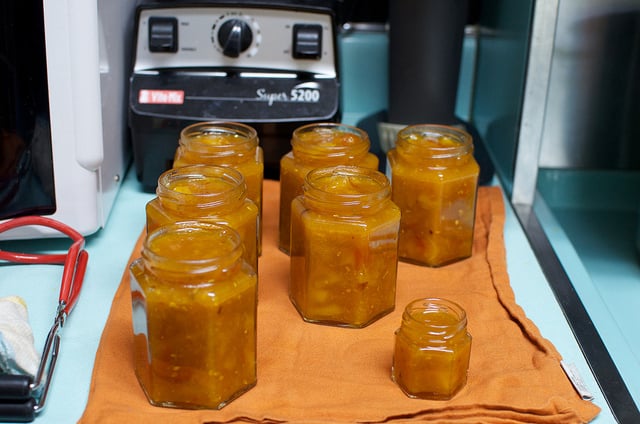 I prep these lug lids the same way I do regular canning jar lids, by warming them with a little simmering water for a few minutes before applying them to the jars. The most important thing to remember with these lids is that you don’t want to tighten them too tightly. A gentle quarter turn is plenty to keep them firmly in place and leaves enough space for the oxygen to escape during processing and cooling. 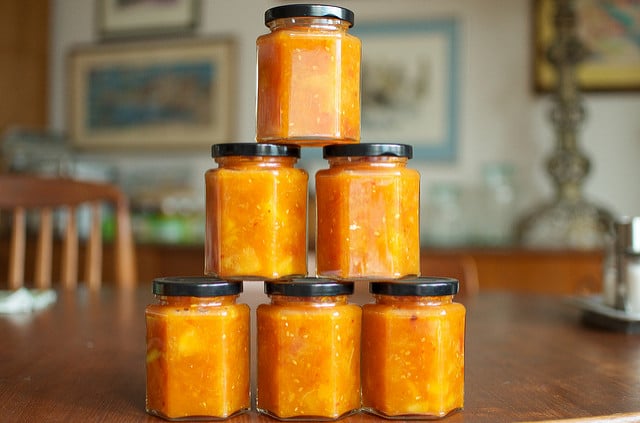 The mouth of these hex jars is a bit smaller than conventional mason jars which means that regular wide mouth funnels don’t work with them. The Kilner wide mouth funnel I featured last week has a slightly smaller opening and so does work with the larger of the hex jars. For the smaller ones, I ladle my product into a spouted measuring cup and use that to fill the jars. It’s not a perfect method, but it’s better than trying to spoon jam into tiny jars. Once your jars are filled, take care to bubble your jars, because those edges at the top like to trap air bubbles. A few gentle taps and a chop stick will do the job.

Once your product is in the jars and the lids are on, everything else about canning in these jars will be familiar to anyone who’s got a batch or two under their belt. The filled jars are lowered into the canning pot and processed for the amount of time called for by the recipe. When the time is up, you pull them out and let them cool on a folded kitchen towel. The lids have a button that goes concave as the jars seal, just like two-piece lids have. You know that your jars are sealed when the lids feel solid and don’t wiggle when pressed. 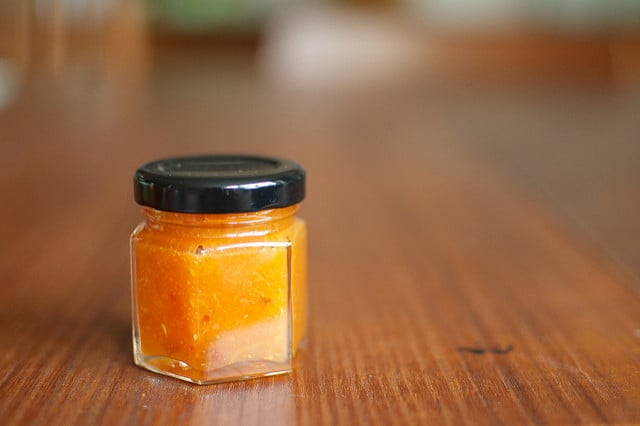 In conjunction with this tutorial, Fillmore Container is hosting a giveaway on their blog. The winner can choose from a 12 count case of  hex jars or 12 sided jars and get to pick out lids to fit (they come in a bunch of colors and hues). Click here to enter their giveaway.

How would you use hex jars in your home canning?