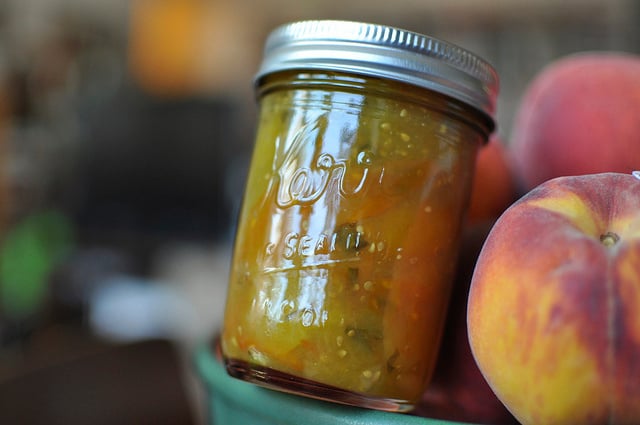 Last summer, Scott and I spent a weekend in New York. While wandering the Union Square Greenmarket, I picked up a half pint jar of yellow tomato jam. Soon after we got home, I cracked it open and proceeded to make quick work of it. It was good with cheese and even better as a glaze for roasted chicken thighs.

Since then, I’ve been pondering yellow tomato jam. I really wanted to make it from Sungold tomatoes since they are so sweet, but they can be prohibitively expensive if you haven’t grown your own and you’re buying them in the city (I’ve seen them for as much as $5 a pint at farmers’ markets).

Then, when at Root’s Market in Lancaster County last Tuesday, I hit the jackpot. Rows of of glowing, Amish-grown Sungolds for $1 a piece. I bought six.

Cut in half, combined with sugar and lemon juice, and cooked until thick and sticky, this jam is gorgeously vivid in both looks and taste. To make things slightly more interesting, I stirred in a quarter cup of chopped basil at the very end of cooking. Tomatoes and basil do make such good partners.

If you can’t get Sungolds, you could swap in a different tomato. But I do think they give it a depth of sweetness and flavor that is pretty fabulous. 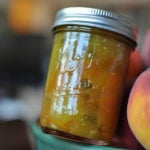