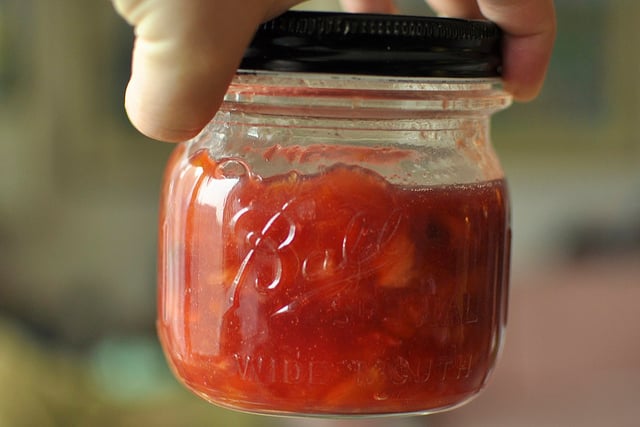 When we were in Lancaster for vacation, I bought too much fruit. Every time we stopped by a roadside farmstand, I’d enter a fugue state in which I’d forget how much food we already had at our cabin and would buy more (it was all so cheap! and gorgeous! and fresh!). 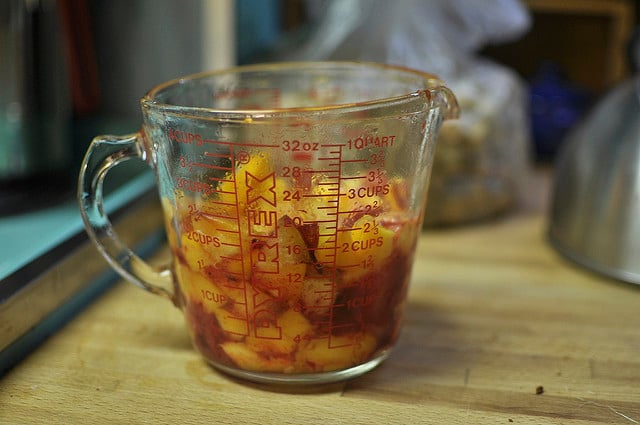 By the time we headed home last Sunday, I had a gallon-size ziptop bag full of peaches and plums that were rapidly ripening. The bumps they received in transit didn’t help preserve their quality and by the time they were back in the kitchen, they were in dire shape. At one point, my husband suggested just throwing them away. 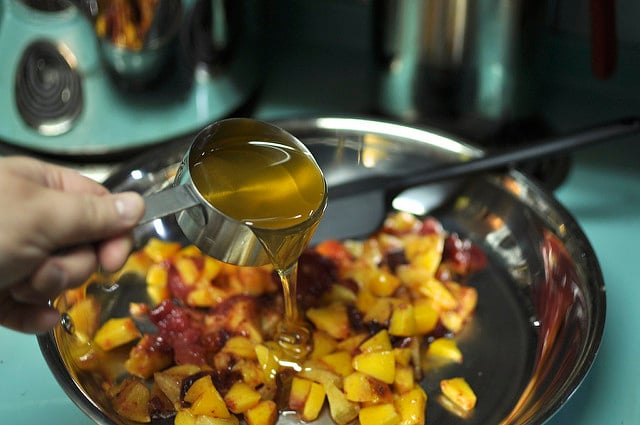 Not wanting to waste the fruit that I’d spent my vacation cooing over, I decided to make a quick batch of skillet jam. Simmered in a large, stainless pan, this jam cooks up in less than ten minutes, making it the perfect way to preserve overripe fruit quickly and without a ton of fuss. Because I never know when to quit, I always do these things in the moments before bedtime. A fresh jar of jam come morning is never a bad thing. 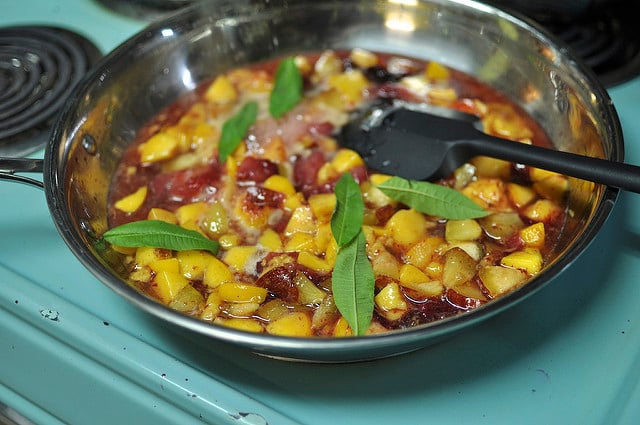 After cutting away the bruises and moldy spots from my peaches and plums, I had 2 1/2 cups of chopped fruit. Combined with 1/2 cup honey and six lemon verbena leaves, I cooked it all together over high heat, stirring regularly until the juices thickened. The lemon verbena leaves added a nice citrus-y flavor. They don’t do anything to increase the amount of acid in the jam though, so if the jam is struggling to set up, squeeze half a lemon’s worth of juice into the pan as well. 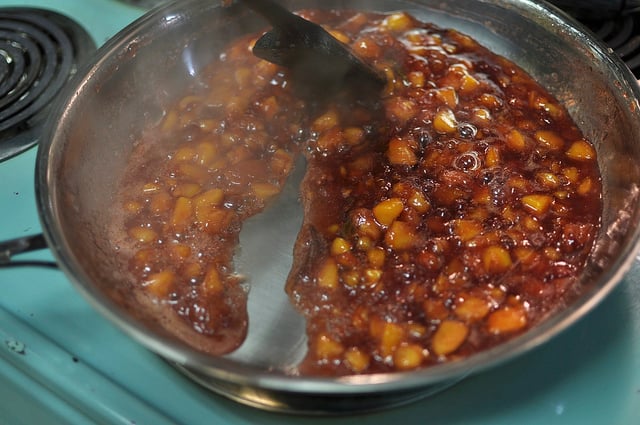 You know a skillet jam is done when you can pull the spatula through it and jam doesn’t immediately rush in to fill the empty space. Another way to tell the cooking is finished is that it develops and holds those tiny little bubbles around the edges in the photo below. When you stir it, the jam should burble and simmer feverishly. Jam always tells you when it’s done if you look and listen closely. 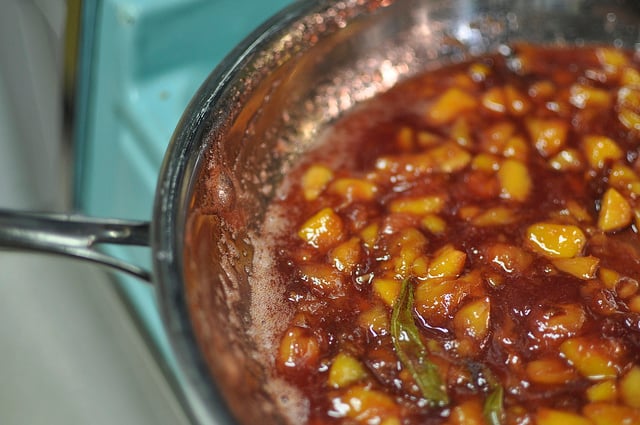 Because it only uses honey as a sweetener, this jam tastes more of fruit than sugar which is a good thing in my book. The only downside of jamming with honey is that it doesn’t have the same preservative powers as sugar, so it won’t last for eons in the fridge. It could be safely canned for longer storage, but just I did it, it’s got about two weeks before it will start to develop mold. However, at the rate I’m eating it, spoilage won’t be an issue.

Making a skillet jam like this isn’t just limited to peaches and plums. You can do this same sort of technique with berries, pears, nectarines, apricots and more. One could also portion this jam out into two containers and pop half in the freezer, should you be the type who struggles to finish a jar.