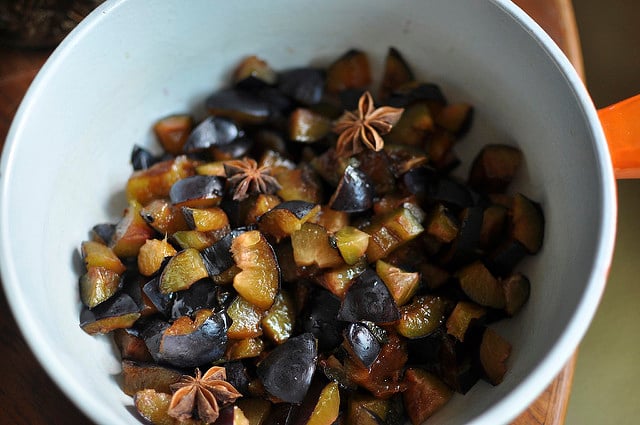 The day before Hurricane Irene hit the east coast, a massive box of fruit arrived on my doorstep. It was from the Washington State Fruit Commission, the folks behind the most fabulous website Sweet Preservation. A few weeks earlier, they’d emailed to ask if I’d be one of their Canbassadors again this year (last year’s recipes can be found here and here). 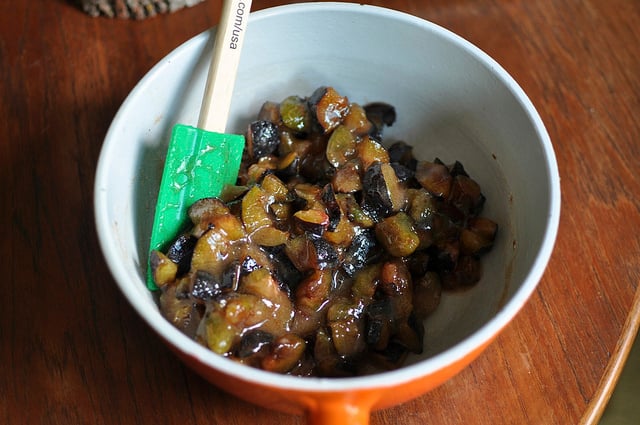 Last year, I got apricots and cherries. This year, it was a fun blend of Italian plums, apricots, nectarines and peaches. So far, I’ve made a small batch of lavender-infused, honey-sweetened apricot butter (you’ll see that one over on Simple Bites soon), an oven-roasted peach butter (it’s a technique I detail in my cookbook, but I’ll give you a little preview before the peaches are out of season) and this tiny batch of plum jam with star anise. The nectarines are still in the fridge, waiting for inspiration to strike. 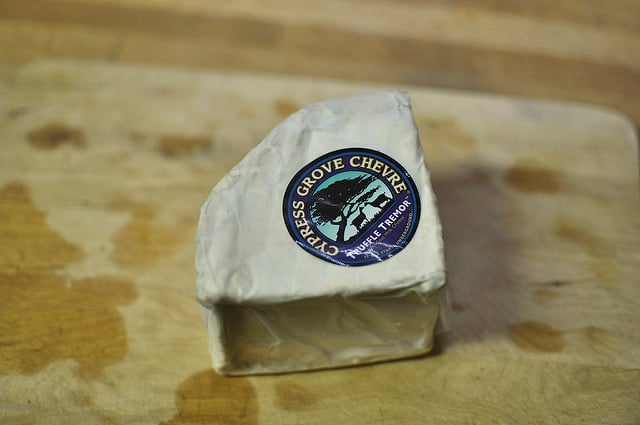 I only had about a pound of these little plums, so by necessity, this was a small batch. Chopped, there just over 2 cups of fruit. Combined with a moderate amount of sugar and three star anise flowers, I let this macerate at room temperature until it was beautifully syrup-y. Tasting every 15 minutes or so, I left the star anise in while it sat, but pulled them out before cooking, to ensure that I didn’t cross the line from gently flavored to something akin to Nyquil. 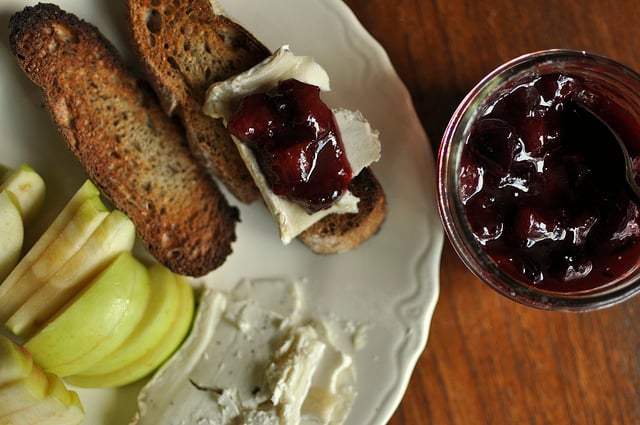 As it was cooking, I tasted. Most of the time, I taste jam just once or twice as it cooks down. This time, I tried it at least five or six times because I was so in love with the way the plums played with the flavor of the star anise. As I tasted, I started thinking about the cheese I had in the fridge.

Awhile back, the folks from Cypress Grove sent me a few of their startling good goat cheeses. The idea was for me to dream up a few perfectly paired jams to match up with them. And while I hadn’t started this batch of jam thinking to couple it with one of those cheeses, it’s just gorgeous with the Truffle Tremor. The slight, mystical funkiness of that cheese just sings with the plums and their trace of star anise.

I’ve eaten the combination for lunch at least three times already. I can’t promise that there won’t be a fourth.

Recipe after the jump… 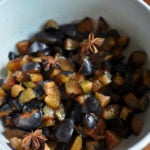 Disclosure: I received both the fruit and the cheese mentioned in this post at no cost to me. However, no money exchanged hands and all opinions expressed herein are my own.