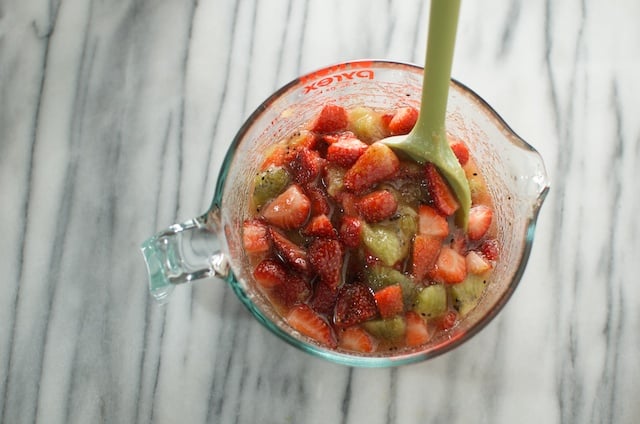 When it comes to travel prep, my husband and I are not well matched. He likes to be fully packed at least 36 hours before a trip, so that he can get a peaceful night of sleep before a flight or drive. I am a bit more frenzied, often packing and re-packing my suitcase moments before it’s time to leave. What’s more, my last minute nature extends to preserving projects. 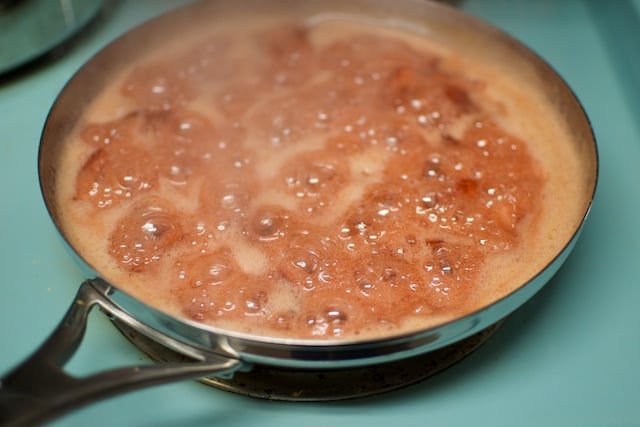 Last December, the last thing I did before putting my coat on to head to the airport was take half a dozen jars out of the hot water bath and turn off the stove. I had a citron melon with a broken rind. It would not last and I couldn’t bare to throw it away. It had to be done. 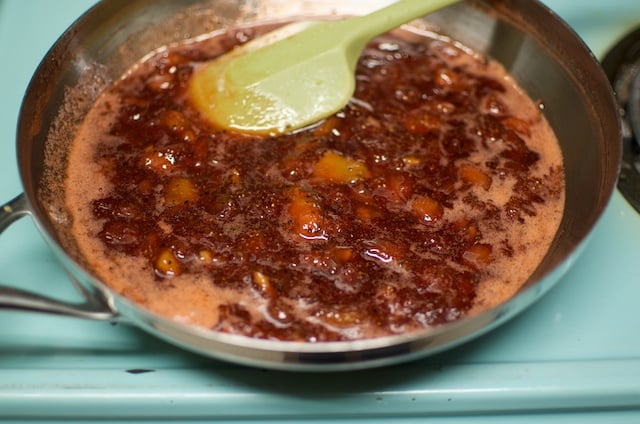 More recently, I found myself in the kitchen at 11:30 pm, having that familiar debate. Trash can or jam pan? You see, we had most of a pound of strawberries in the fridge that would not last my absence and four wrinkly kiwis that would be well on their way to hooch if left in the fruit basket another four days. I could either bear the responsibility for wasting them or make a quick batch of jam. 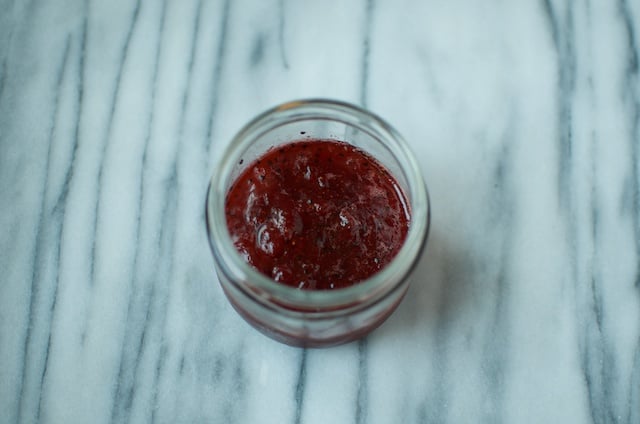 And so, I made jam. I followed the formula you’ve all seen me employ before. I chopped the berries, scooped the kiwi out of its fuzzy wrapper, and heaped them both into a measuring cup to eyeball my volume. Three cups. I added in 1 1/4 cups of granulated sugar (I calculate half as much sugar as fruit and then use a bit less than that) stirred until it was juicy. The fruit and sugar combo then went into a skillet, where I cooked it until thick and spreadable (in the last two minutes of cooking, I added a little lemon juice to balance the sweetness).

Instead of being in possession of fading fruit, I had two half pints of tangy strawberry kiwi jam. I may not have gotten as much sleep as I could have used, but I was set free from the guilt of wasted fruit. A fair trade, in my book. And just this morning, I ate a bit on a slice of peanut butter toast and thought fondly of that late night investment of time.

Where do you all fall on the pre-travel canning continuum? Do you preserve at all costs, or do you occasionally let the produce go? 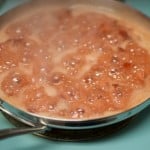