Peach Oolong Jelly with Alexis of Teaspoon and Petals 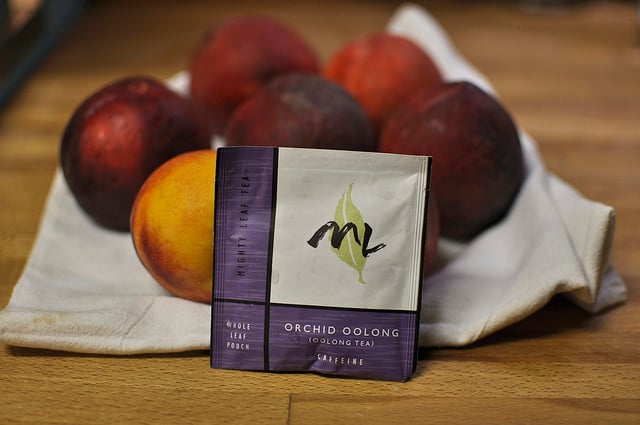 For most of my life, I never really thought about tea. As far as I knew, it came in dusty little packets that you plopped into a mug and poured boiling water over. Though in recent years, I have dabbled a bit in the buying of loose leaf teas, I’m still essentially a tea neophyte. 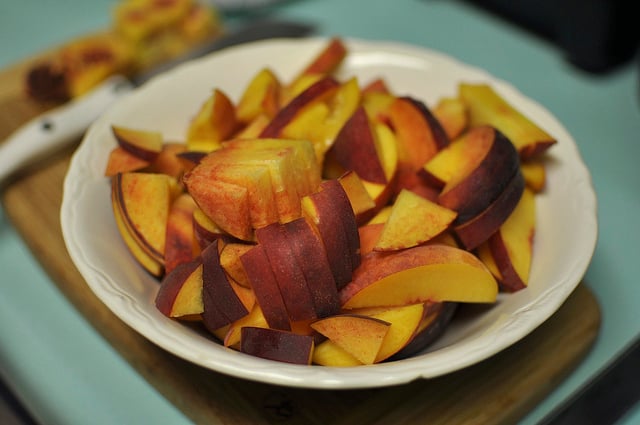 Whenever I have a tea question, I turn to my friend Alexis. She writes the blog teaspoon & petals and is something of a tea expert (as well as drinker and appreciator). For months now, Alexis and I have been talking about the idea of making a tea-infused preserve, but for a handful of reasons (most of them having to do with the fact that I was tethered to my cookbook for most of the last year), it hasn’t happened. 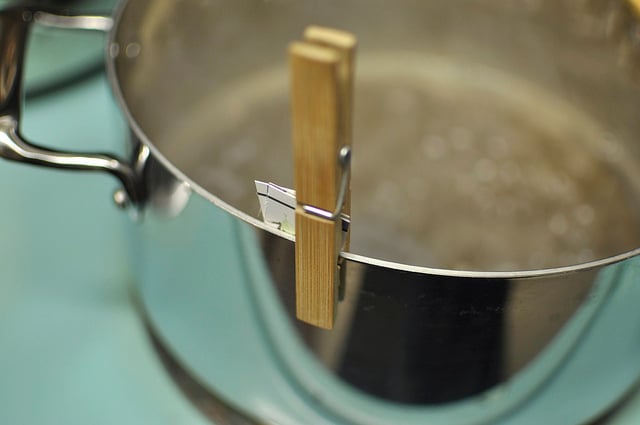 Finally, last Friday, Alexis came over to my apartment with a tote bag full of teas and we set out to make a tea-infused jelly. Since peaches have just come into season in the Philadelphia area, I picked up half a dozen to use as the fruit component for our jelly.

When Alexis first arrived, we stood around my dining room table, each with a peach in hand, sniffing first the fruit and then the various teas, trying to determine which match-up would work the best. We settled on the Orchid Oolong from Mighty Leaf Tea and got to work. 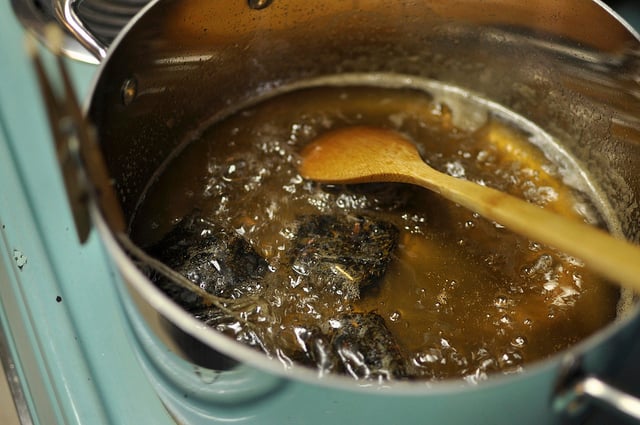 I started by making a simple syrup from two cups of water and two cups of sugar. Once the sugar dissolved, I lowered four bags of tea into the simmering liquid and allowed them to steep for five minutes (we set a timer and everything). While the syrup simmered, Alexis did the work of chopping the peaches.

When the time was elapsed, I removed the tea and we both tasted the syrup. It was amazingly flavorful and I was tempted to stop right there and pour the syrup into a jar for drizzling into seltzer. I may still try that at some point in the future. 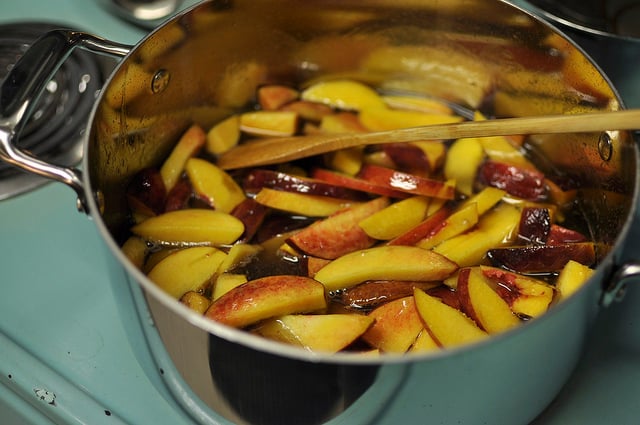 But since this was a jelly-making session, we soldiered on and added our sliced peaches (we ended up using four hefty ones) to the pot. The fruit we used was a bit under-ripe, which turned out to be really good for the purposes of the jelly. They added a nice tartness that played really well again the sweetness of the base syrup.

The peaches simmered along in the syrup for a bit more than ten minutes. We tasted several times during cooking to see how the flavors were progressing. Once the balance seemed good, I strained the liquid through a fine mesh sieve, pressed the now-softened peaches to get as much juicy goodness out as possible and returned the syrup to the pot (the gently candied peaches went into a separate container and I’ve been eating them in yogurt for the last few days). 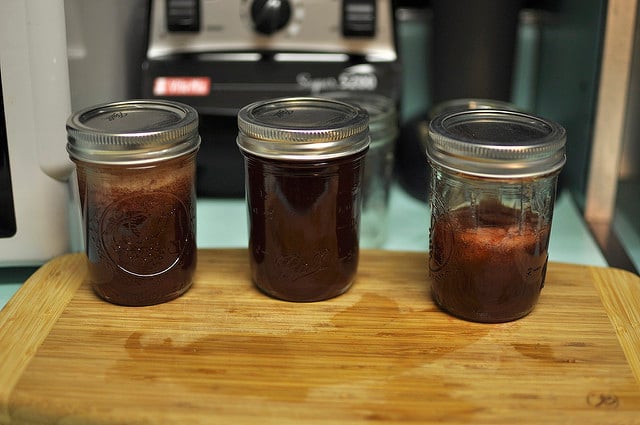 I added some powdered pectin to the syrup (as well as one more tea bag to reinforce that flavor) and brought it to a vigorous boil. Using a candy thermometer, we tracked the temperature as it approached 220 degrees. Once it reached the magic 220 degrees, I swept the pot off the stove, removed the final tea bag, poured the rapidly setting jelly into jars and processed them in a boiling water canner for 10 minutes.

While the jars were processing, I sliced in a bit of Midnight Moon and we smeared a bit of the jelly that remained on the inside of the pot onto little slivers of cheese. It was a heartbreakingly good combination.

The final jelly is a nicely set, delicately flavored thing. It works with cheese and would also be fantastic smeared on a scone with a mug of milky tea. It’s got me imagining the possibilities for other tea-infused preserves and I’m excited to give a few other flavor match-ups a try. 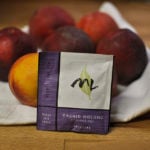