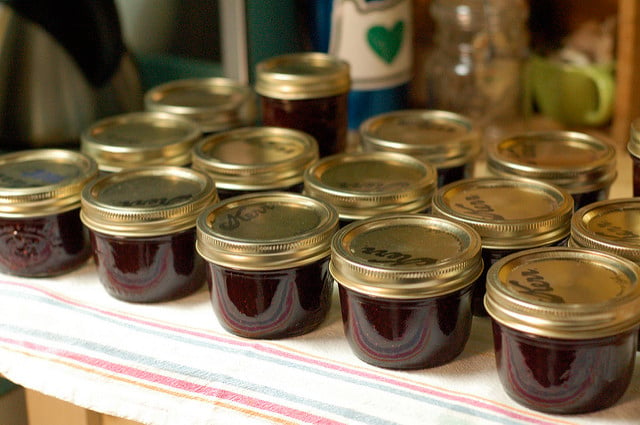 Several weeks ago, I got up early on Saturday morning, collected my friend Shay (she’s my regular fruit-picking buddy) and drove half an hour out into the New Jersey countryside. We spent the rest of the morning in the field of Gaventa’s strawberry farm, crouching over the rows of plants, plucking handfuls of berries into our containers.

I stopped picked only when the back of my neck had turned a bright pink (I somehow only got sunscreen on my front, it made for an entertaining burn) and the knees of my jeans were stained red from kneeling on errant berries between the rows. 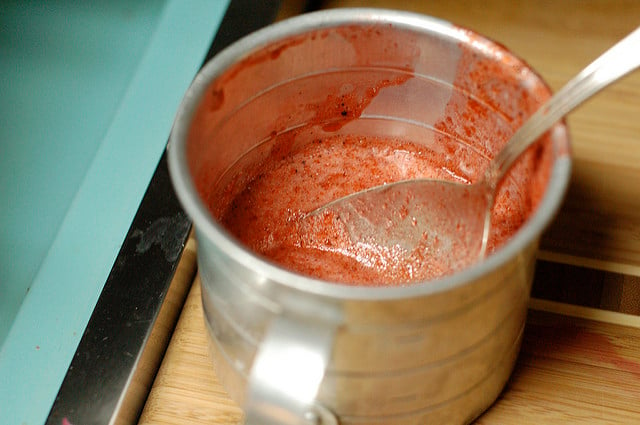 I brought home nearly 15 pounds of hard-earned berries (they were $1.35 a pound, I love how inexpensive things can be when you just invest a bit of your own labor). I washed and chopped nearly all of them (I kept about two quarts unchopped for plain old eating) within a couple of hours of getting them home.

I tossed approximately 10 overflowing cups of the processed berries with two cups of sugar and a broken-up vanilla bean and then tucked them into the fridge for a rest, so that they could get nice and vanilla-y. The rest I sugared (2 tablespoons sugar for every pound of cleaned and hulled berries) and froze in quart-sized yogurt containers. 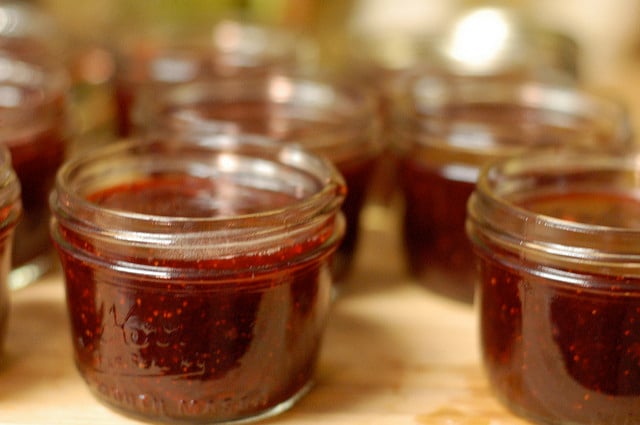 I actually left the strawberries in the fridge for nearly two days before I got around to making jam. When it came time to cook the berries down, I fished the vanilla pieces out (squeezing out the vanilla seeds so that the jam was beautifully flecked) and then poured the berries and all the juice they had produced into my 10 quart stainless steel pot (this stuff foams, so give yourself plenty of room).

I added the rest of the sugar and then proceeded to cook the crap out of those berries (that’s the official term) in order to assure a good, jammy set. 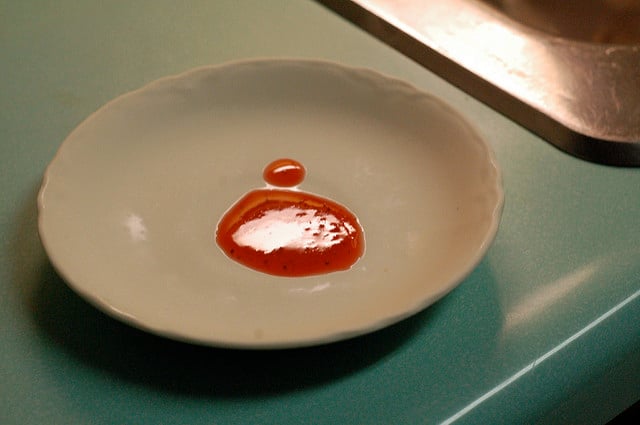 Of all the jams I’ve made so far this year, this one is my very favorite. There’s something special about strawberry jam and when it’s scented with vanilla and so rich in color, it’s just that much more amazing. Get yourself some strawberries and make this jam. Or, if you don’t feel like making your own batch, I do have one half pint jar to give away. Leave a comment by Friday afternoon for a chance to win. 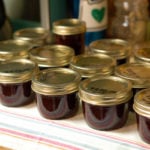