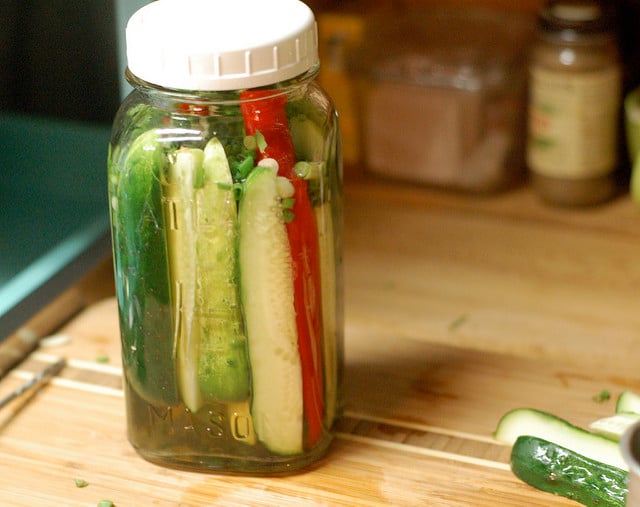 I had the first incarnation of these pickles at a potluck I hosted nearly two years ago. My friend Wendy brought them to the party, and by the end of the night, the once overflowing bowl was reduced to a puddle of brine and with three little spears bobbling amidst the hot peppers and onion slivers. Crisp, fragrant and flavorful, they seemed to pair perfectly with every other dish on the table.

When the evening wrapped up, Wendy gave me permission to pour the leftover brine into a jar to save and reuse. The next day I added a fresh batch of cucumber spears and let the sweet/sour liquid work its magic. These days, I make these quick fridge pickles regularly during the spring, summer and fall, when kirby cucumbers are readily available (these do okay when made with English cucumbers, but not so well when made with waxed cukes). The brine can be reused several times (trash it when it gets cloudy).

Feel free to alter this recipe to your liking. Wendy’s original recipe calls for shallots and cilantro. I used scallions and mint because that’s what I had. If you don’t want your pickles to be too spicy, use half a hot pepper (or none at all if you can stand the heat). The recipe is after the jump. 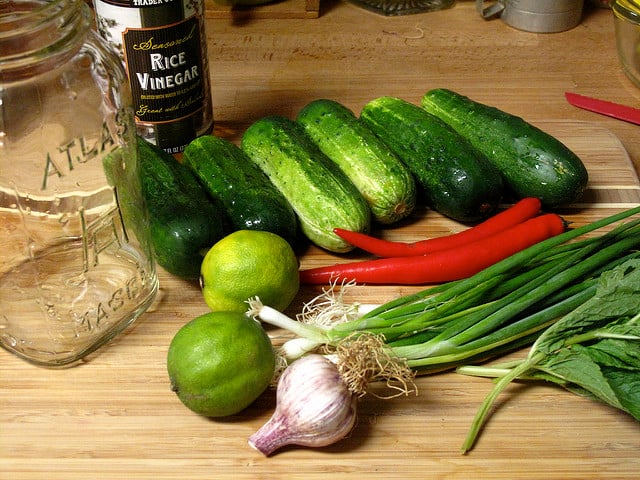 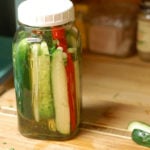