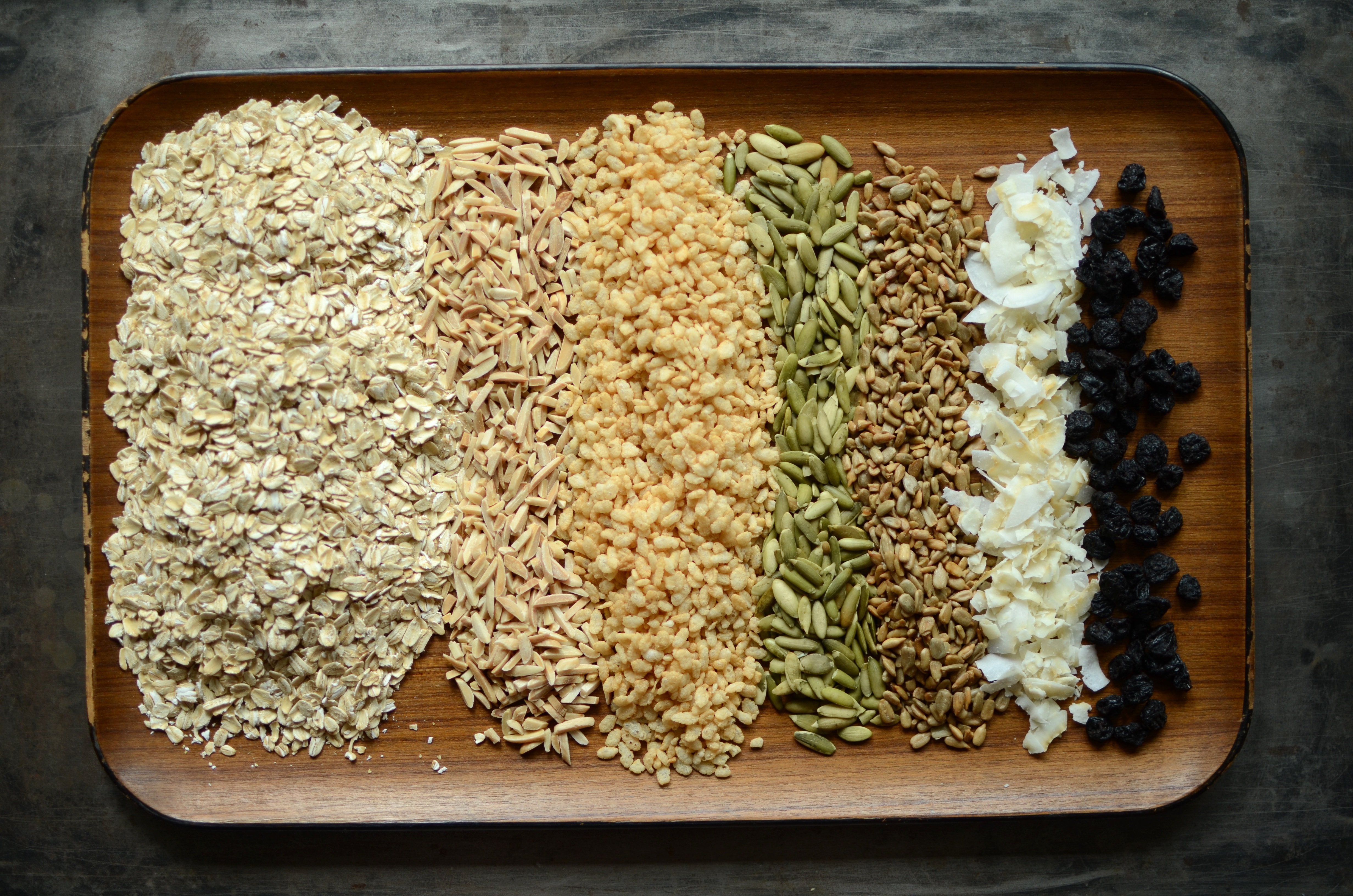 About six weeks ago I decided to become someone who exercised in the morning. I’d long been an evening gym goer, but was finding it increasingly hard to muster the motivation in those later hours. While it was hard to convince myself to get up, dressed, and out the door in those first couple weeks, it’s become a pretty dependable habit and it working nicely for me. 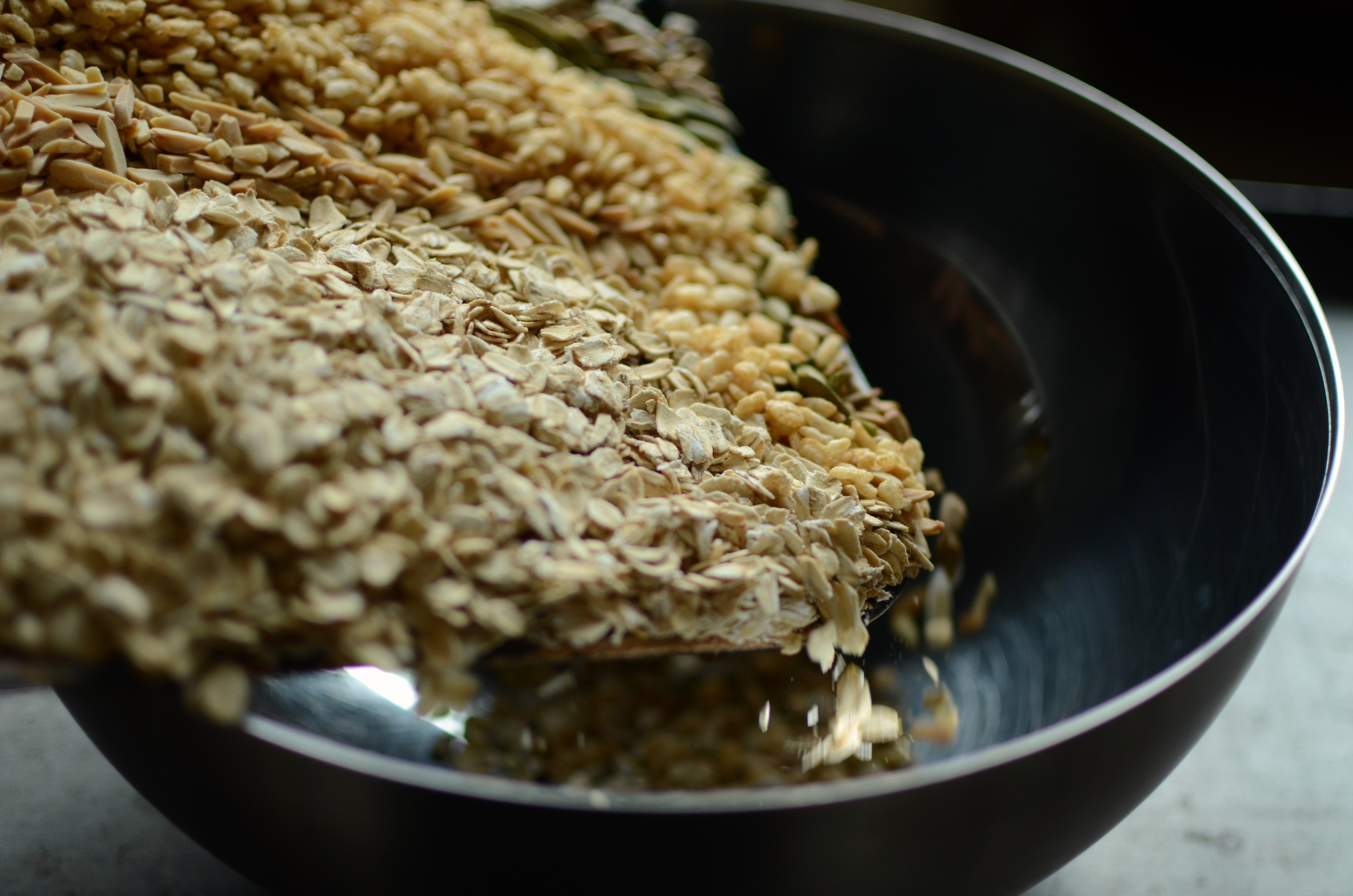 There has been one unanticipated outcome of this morning exercise routine is that is has totally changed what I want to eat for breakfast. Cooked oatmeal, one of my regular breakfast items, has become totally unappealing. Enter muesli! 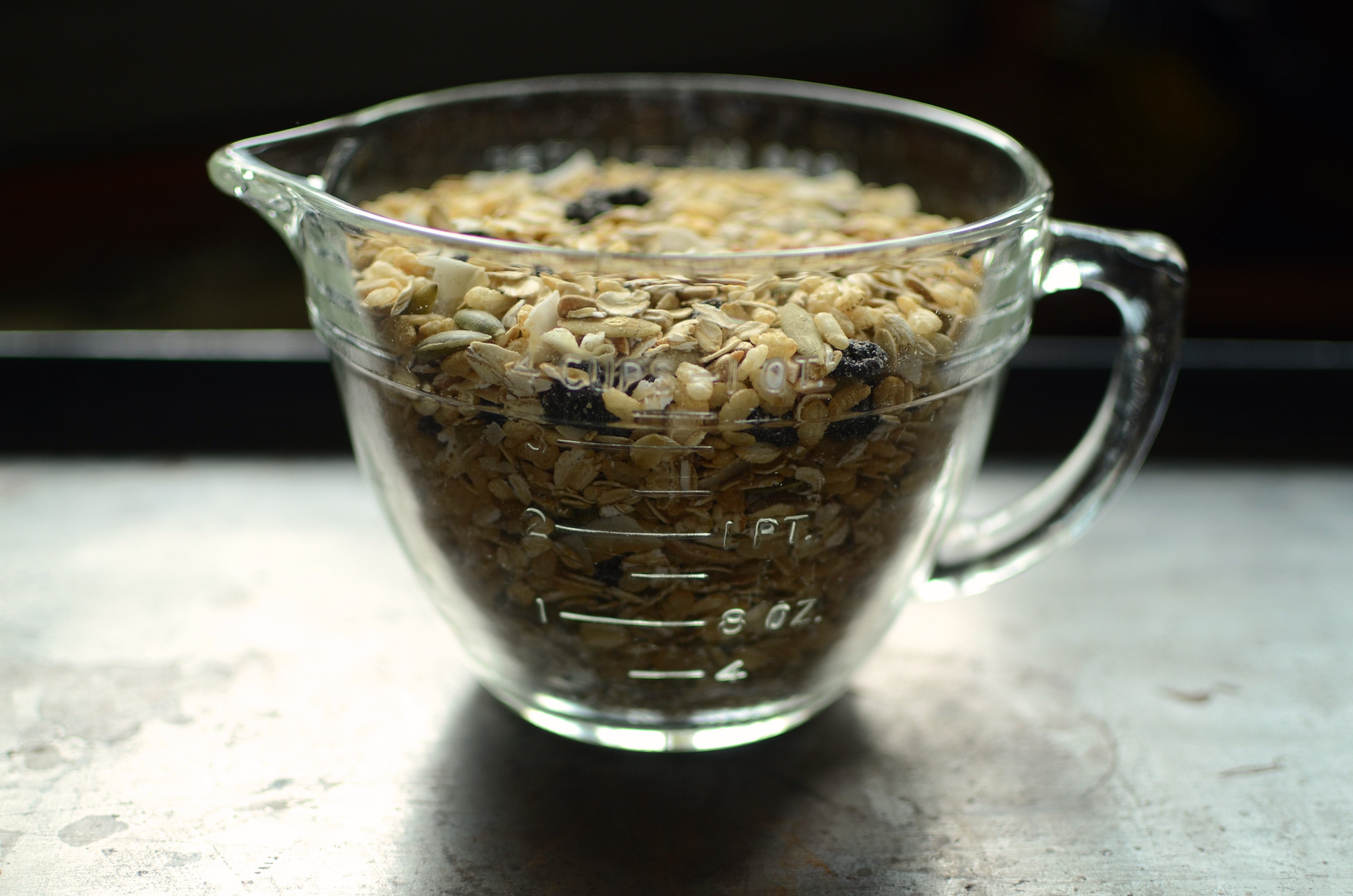 It requires no cooking, can be set to soak with a little milk to soften before I head out to run (slowly and not all that far), and much like my beloved hot oatmeal, is tasty with a heap of fresh fruit. And did I mention that it is blessedly cool? 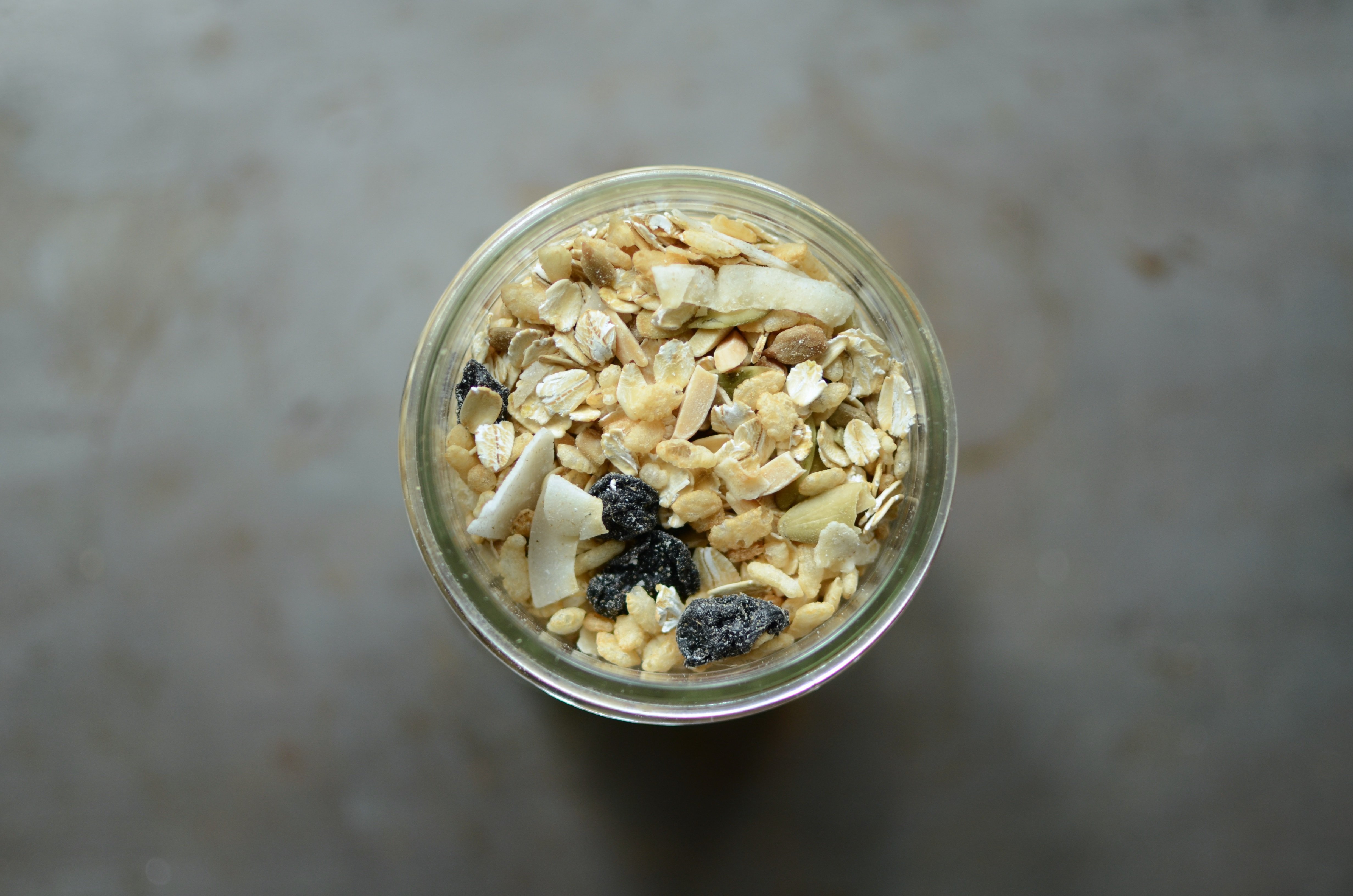 The thing about muesli is that there really aren’t a whole lot of rules. It’s really just a combination of oats, nuts, and seeds, in whatever proportions you want. I added some puffed brown rice cereal to lighten it a little, but you skip that if you don’t want to invest in a box of cereal to make more cereal. My recipe is below, but you can really mix it up any way you’d like. 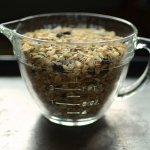 I like to lightly toast the almonds, sunflower seeds, and pumpkin seeds. However, toasting the nuts and seeds can make the muesli go rancid more quickly, so if you're slow to eat through the batch, it's best to store it in the freezer, rather than at room temperature.