These spiced cherry preserves are a tasty way to put up this most precious of summer fruit. Sweet, spicy, and tender, they’re a good companion for breakfast, cheese plates, and dessert! 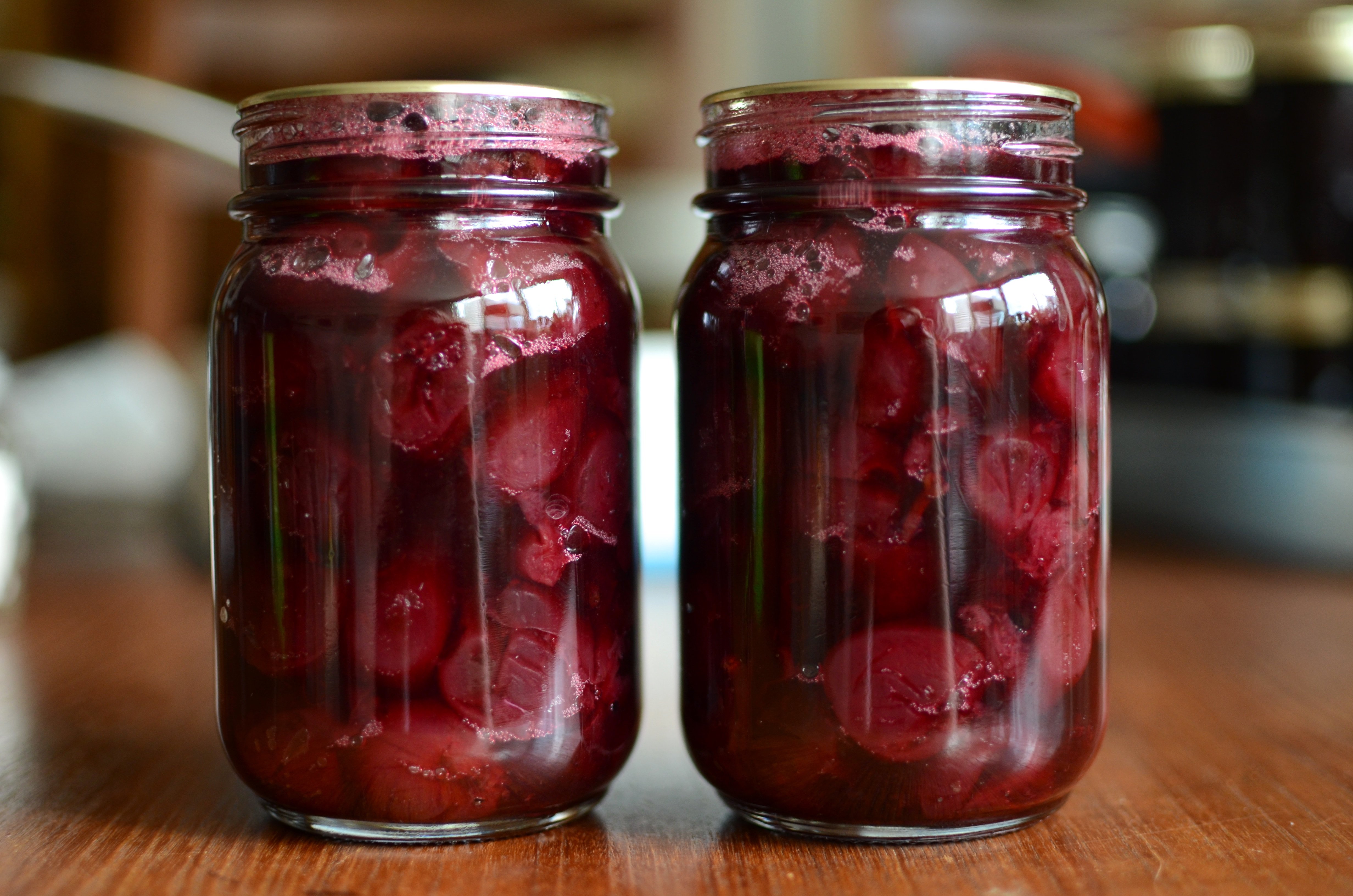 Last Thursday, a big box of sweet cherries arrived from the nice folks from the Northwest Cherry Growers. I’ve slowly been working through them (look for black raspberry and cherry jam, cherry and meyer lemon marmalade, and more coming at you soon) and on Monday night, I used three pounds for my Facebook Live demo.

These preserved cherries (pitted but left whole) are simmered in a syrup that’s been spiced with cinnamon, cloves, star anise, and black peppercorns. They soften and slump, but retain enough texture that they’re a good companion for cheese plates, yogurt parfaits, and damp slices of buttery poundcake. I think you’ll like them!

Posted in canning, compotes and conserves