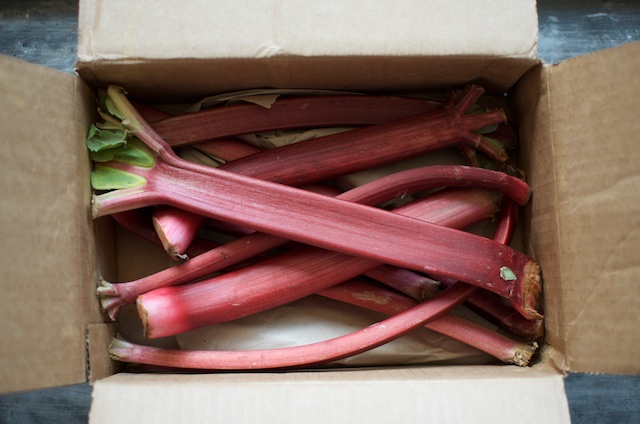 A couple months ago, I started hearing some positive buzz about the new OXO GreenSaver containers. I like to keep a variety of greens on hand for smoothies and salads but it’s always something of a race against time to eat them before they get turn slimy. More often than I care to admit, I’ve pitched the last quarter of a bag because it’s gotten too funky to be good. 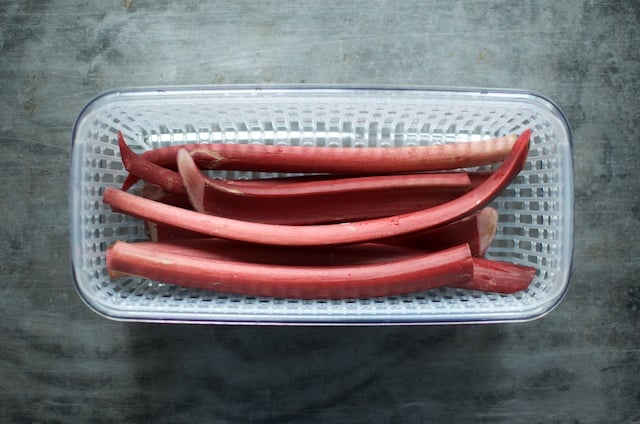 In an attempt to waste less, I bought myself the medium GreenSaver and started packing it full of greens as soon as I got them home from the grocery store. After the first week, I was a believer (hallelujah!). Those greens stayed good days longer than they would have if stored in bags in the crisper drawer. Week after week, I used up every last spinach leaf and arugula tendril.

The way the GreenSaver works is that the filter pack absorbs the ethylene gas that ripening produce releases, while improving airflow around the produce, and helping control the humidity in the container (the door the holds the filter pack in place slides back and forth to help either retain or release the moisture). 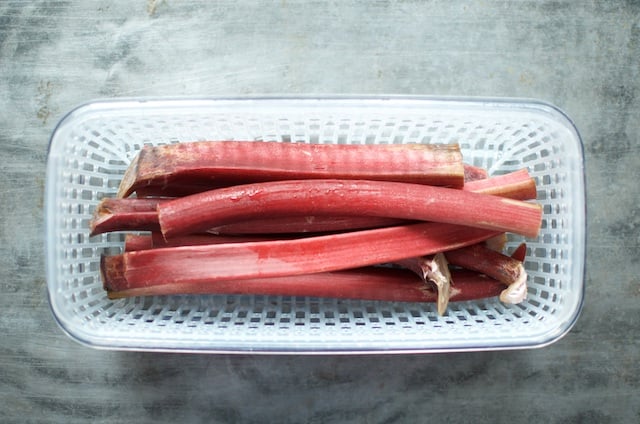 So, when I got an email from OXO, saying they were looking for bloggers to participate in a campaign they were running with Melissa’s Produce featuring the GreenSaver containers and an assortment of seasonal produce, I submitted my name for consideration (since I was among the converted).

I danced a small jig when I heard I was picked and waited anxiously for a large GreenSaver and a bundle of rhubarb to arrive. 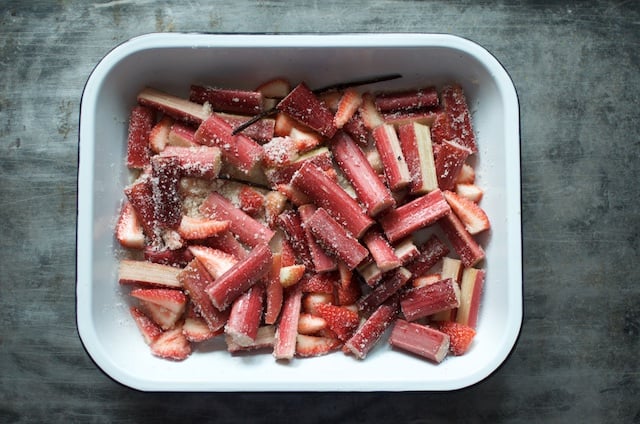 Now, this is not the first time in my life that I’ve received produce in the mail as part of some blog campaign. Typically I clear my schedule when I know fruit is arriving, because I know it’s going to need to be used within a fairly short window of time.

In this case, the point was to store the rhubarb for a bit in order to prove the efficacy of the GreenSaver so when it arrived on May 15, I simply trimmed the stalks down enough so that they’d fit in the container and popped them in the fridge. 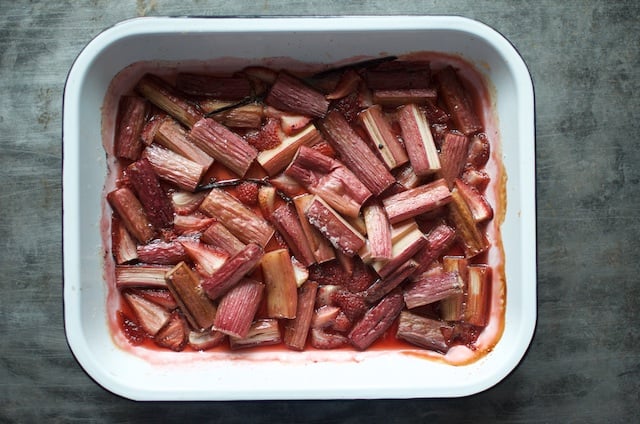 There they sat until the following Thursday. I could have let them go longer, but we were headed out for the long weekend and I wanted to couple those rhubarb stalks with some strawberries and they weren’t going to last until we got back.

After a week in the GreenSaver, the rhubarb was in amazingly good shape. It had aged some, but had it been stored in a plastic bag it would have been unusable (just a few weeks back, I’d neglected some rhubarb in the crisper and it molded and liquified after a five days. It was tragic). 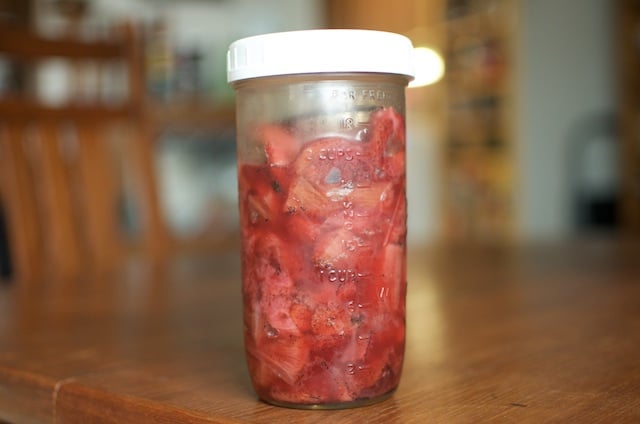 I trimmed the rhubarb into lengths of about 2 inches long and quartered the strawberries. I tossed the fruit with a scant half-cup of cane sugar and rubbed the seeds from a split vanilla bean into the mess.

The pan went into a 350 degree oven and the fruit roasted for 20 to 25 minutes. I like the rhubarb to have retain some structural integrity and so pull it out when it has softened but before it fully disintegrates. 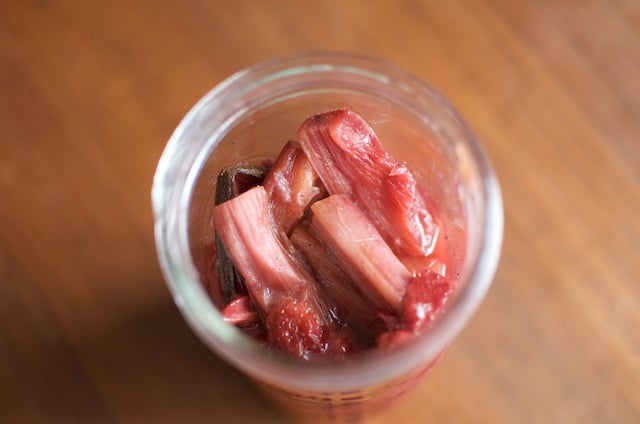 I like to eat this rustic compote with plain yogurt and a sprinkle of simple granola (Cheryl’s nutmeg crunch would be good too). It’s also good as a topper for oatmeal, pancakes, waffles, and french toast. Hey, I wouldn’t judge if you ate it straight out of the pan (I may have done a bit of that myself).

For more information about OXO GreenSavers, visit their website. If you long for rhubarb and live in a place where it’s hard to come by, Melissa’s Produce has got you covered. 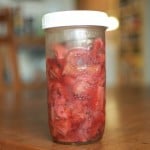 Disclosure: OXO provided the large GreenSaver and Melissa’s Produce sent the rhubarb, both at no cost to me. No additional compensation was provided. All opinions expressed are mine and mine alone.

Posted in compotes and conserves, partnerships