Tart, sweet, and gorgeously ruby-hued, this red currant jelly is the perfect way to make the most of a relatively small amount of currants. 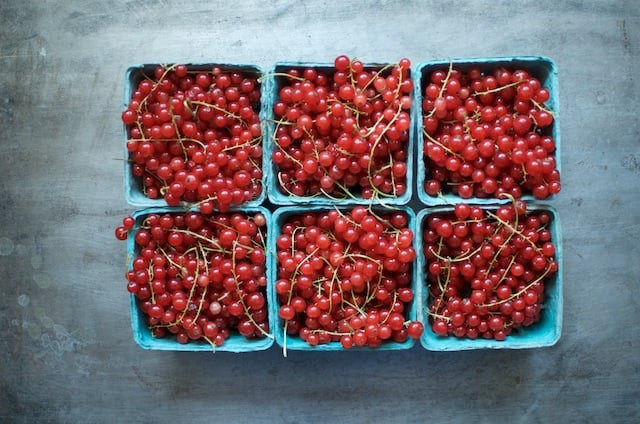 Over the years, I’ve canned nearly everything there is to be canned. I’ve done every stripe of stonefruit, all the common berries, and have pickled nearly everything I could. The list of things I’d not worked with was relatively short. However, there were a few notable things that had thus far avoided my jam pan. Chief among them, currants. 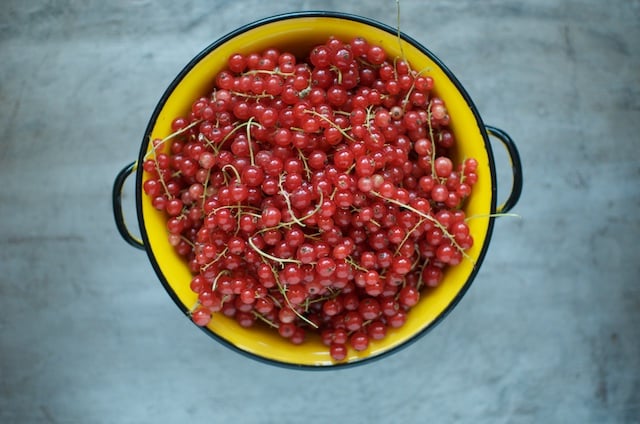 It wasn’t that I was disinterested in currants. The issue was simply that they were either impossible to find or cost-prohibitive when I did come across a small display. And so they remained on firmly on the list of things I wanted to experience but just hadn’t gotten to yet.

Happily, Ben Wenk of Three Springs Fruit Farm has started growing an array of hard-to-find fruits, including gooseberries and currants in multiple colors. A couple weeks ago, he cut me a deal on a mixed flat of currants so that I could finally see what all the fuss was about. 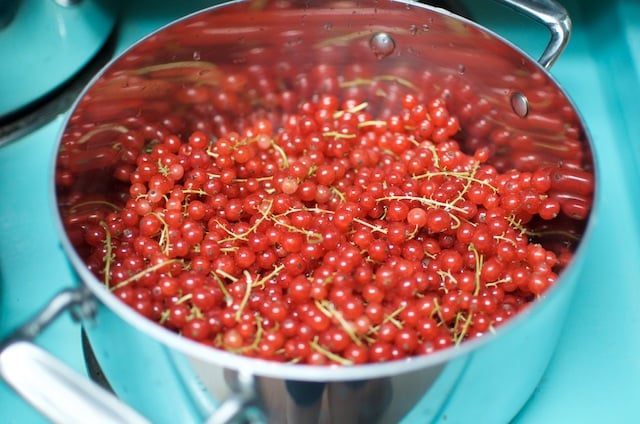 I brought them home and promptly consulted Pam Corbin’s The River Cottage Preserves Handbook (like I mentioned in my gooseberry jam post, she is my first stop any time I’m working with unfamiliar fruit that is common in the UK). I followed her instructions for simmering the fruit in water until soft. 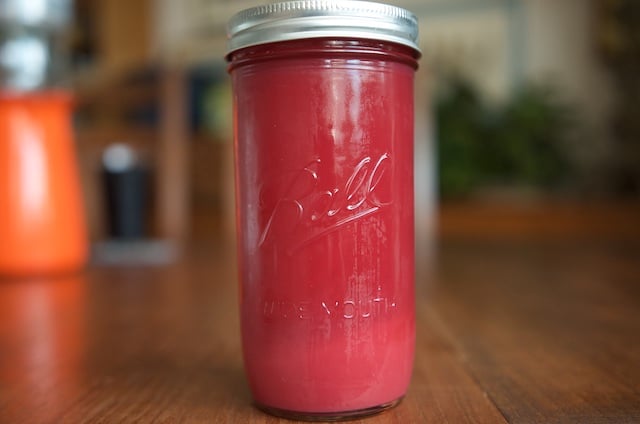 Somewhere in my apartment, I have a jelly bag and draining rig, but I could not put my hands on it the day I started this jelly. I used a nut milk bag to separate the pulp from the juice and it worked nicely.

I also flouted the advice* in the book and squeezed the heck of out of the currant solids, trying to wrest out every last bit of juice (I only started with a little less than two pounds of red currants, so I wanted to get as much from them as was possible). I wound up with three cups of juice, when all was done. 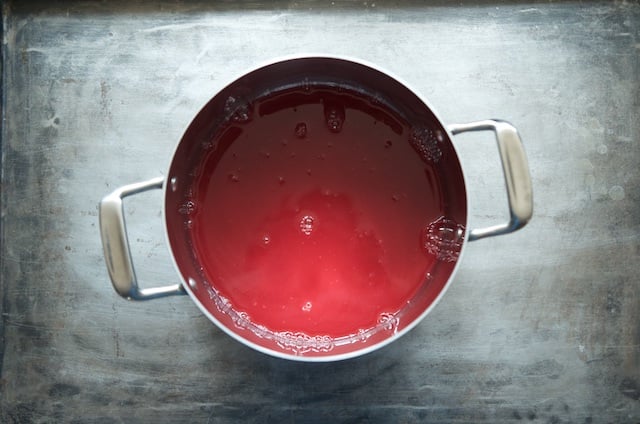 Once you’ve extracted the juice, the work of making the red currant jelly is quick. Currants are quite pectin-rich, so all they need is sugar and a few minutes of boiling and they’re ready to set into jelly. I used Pam’s ratio of 1 cup of juice to 1 cup of sugar. While I normally opt for lower sugar preserves, currants are so tart and tannic, that in this case, the sugar doesn’t feel at all overwhelming. 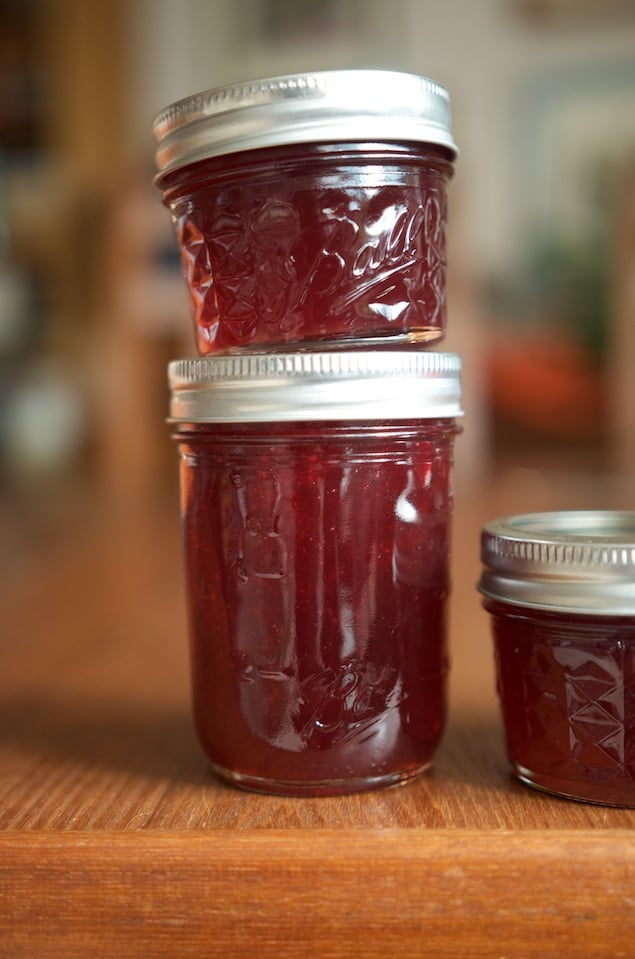 Following Pam’s instructions, I brought the juice to a boil first and then added the sugar. Once combined, I noticed signs of setting within five minutes. The temperature was a gel-friendly 221F and the droplets hanging off the spatula were thick and viscous. In the end, I had four half pints of glowing, gorgeously red jelly.

*Both Pam and conventional wisdom says that if you squeeze the bag, you’ll end up with cloudy jelly. I don’t particularly care if my jelly isn’t perfectly clear, so I pressed and squeezed that bag. I got an additional 1/2 cup of juice for my efforts, so it was well worth it. 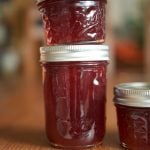 To make red currant juice, simmer fruit with water for 45 to 50 minutes. Use 1 cup of water for every pound of fruit. Pour liquid and pulp into a jelly bag and strain overnight. Ignore instructions to avoid squeezing the bag and give it good, solid press. That juice is precious!