These homemade chickpea flatbread rounds are gluten-free, low carb, and high in protein. They’re also easy to make and quite delicious. 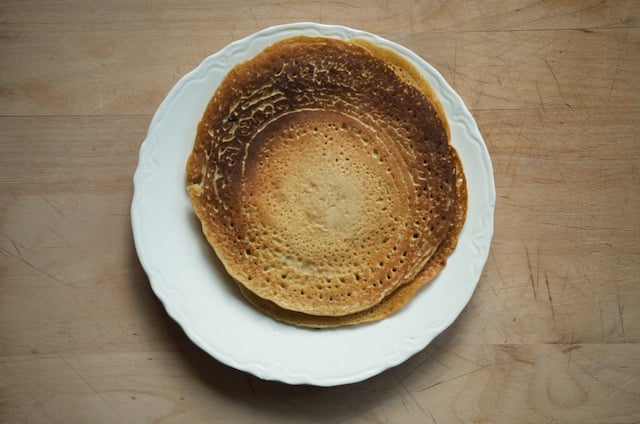 On Saturday, my cousin hosted a family gathering. It was a lovely evening with a generous spread of food. When it was all over, Scott and I had a large grocery bag full of leftovers to bring home. After two nights of salads topped with cold cuts, marinated vegetables, and cubes of cheese, we needed a change. And so I made chickpea flatbread.

Faced with a fridge full of sandwich makings, most people would just reach for a loaf of bread. However, we’ve been trying to cut back on carbs lately. This homemade chickpea flatbread, while not without some carbs, is a really great, high protein alternative to regular sandwich bread. 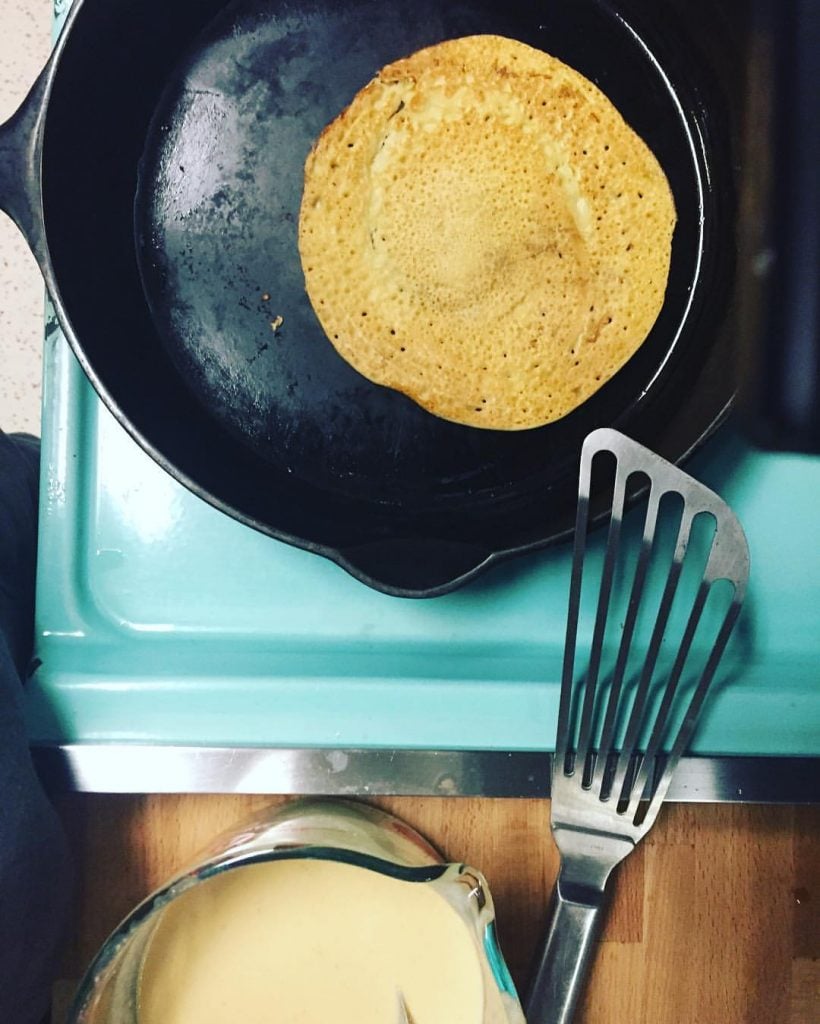 For those of you familiar with socca (and in fact, I adapted my version from the socca recipe in Clotilde Dusolier‘s The French Market Cookbook), this recipe will seem familiar to you. It’s a simple batter made of chickpea flour, water, salt, cumin, and a little olive oil. However, instead of pouring a large amount of batter into a skillet and transferring it to the oven to cook the way you do when you make socca, I treat it like crepe batter.

I heat a large cast iron skillet, grease it with a little refined coconut oil (it’s the highest smoke point oil I regularly keep around), and the pour a large serving spoon’s worth of batter into the pan. I use the back of the spoon to spread it out as thin as I can make it. They cook on the first side for two or three minutes, and then another minute or two on the reverse. A flexible fish spatula is my favorite tool for flipping. 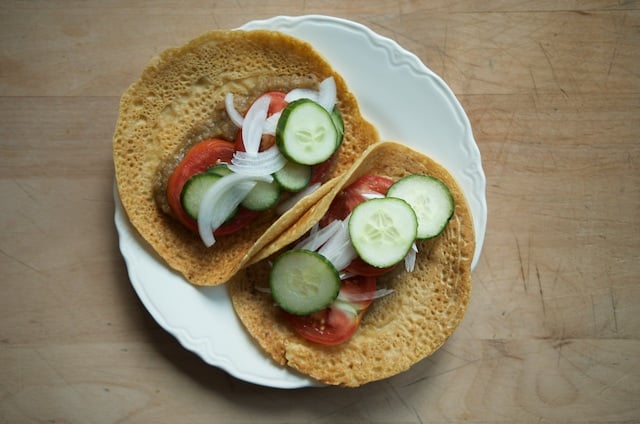 I find that it’s a lot like making pancakes. The first one sticks and looks terrible, but as you get a feel for the pan and that day’s batter, they get easier. The end result are thin, flexible flatbread rounds that you can use for sandwiches or as a bread to dip in soup.

Tonight, Scott made himself a pair of deli meat wraps, while I stuffed mine with roasted eggplant dip and an assortment of veggies. They’re satisfying and delicious, particularly if you haven’t had a good loaf of sourdough in a while. 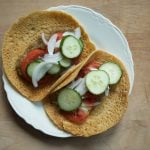