Back in May, my dad was in town for about a week. While he was visiting, we took a quick trip down to the Jersey shore to have dinner with my cousin Liz and her family. As is so often the case with my family, the plan was to potluck. Liz and her boyfriend Scott took care of steaks, clams, and a big green salad. I brought a pickle-heavy potato salad and a barely sweetened apple crisp. 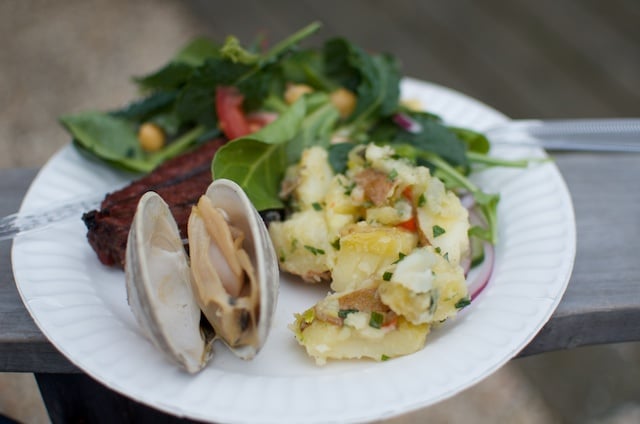 I have been meaning to tell you about this salad since that night. It’s actually a dish I’ve been making for nearly a decade now, though I never make it exactly the same way. You quarter enough small red or yukon gold potatoes to feed your particular crowd. Boil them until tender. Drain the potatoes and return them immediately to the pan. Put the pan back on the stove, turn the heat to low, and pour in about 1/4 cup of apple cider vinegar. The heat makes it vaporize and the flavor steams right into the potatoes. 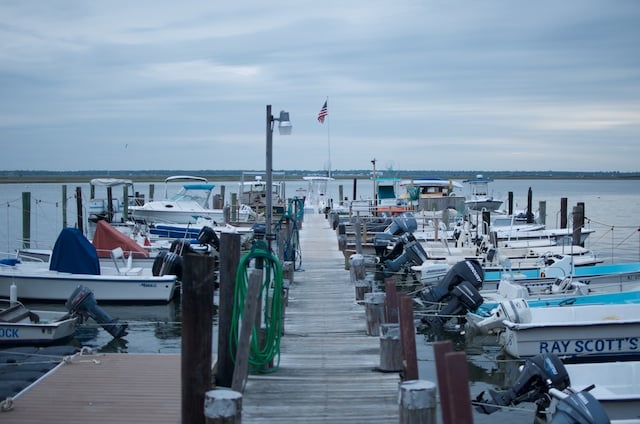 Once all the visible vinegar has evaporated, drizzle in about 1/4 cup of extra virgin olive oil and toss the potatoes to coat. Remove the pan from the heat and add generous amounts of kosher salt and freshly ground black pepper. Add torn parsley, minced celery, diced red onion, and some chopped pickles (most of the time, I use cucumber pickles, but dilly beans and pickled peppers also work nicely). Don’t be stingy with the pickles, really heap them in there.

Toss it all to combine, give it a taste, and adjust the seasonings as necessary. Sometimes you might need more vinegar or olive oil. For best results, eat in the open air, in the company of friends and family.

12 thoughts on "Preserves in Action: Potato Salad with Pickles"