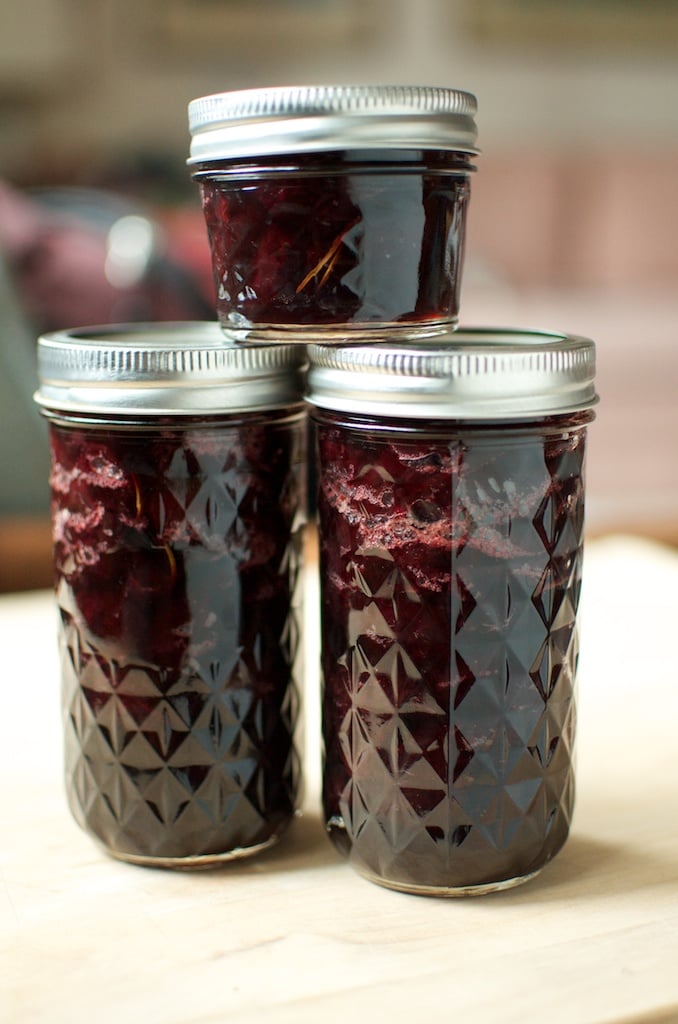 While I was out on the west coast a few weeks back, I got an email from a very nice woman from the Whole Foods Market corporate offices. She was writing because they’ve recently launched a travel company called Whole Journeys and were partnering with bloggers as a way of shining some light on some of their featured trips and destinations. 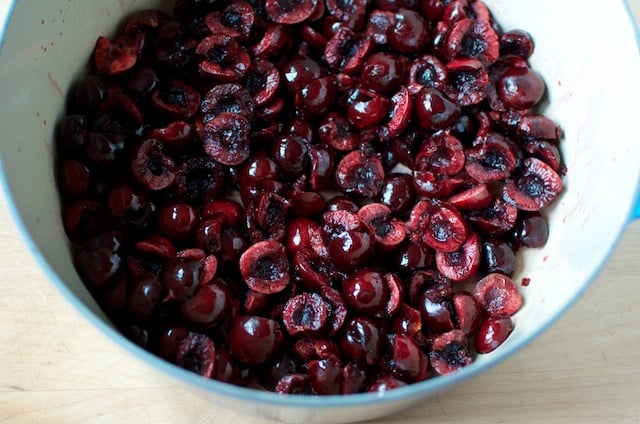 In this particular round of promotion, they were inviting a few bloggers to create a preserve would combine seasonal produce with an ingredient from one of the regions visited on a Whole Journeys itinerary.

Despite my crazy schedule, I just couldn’t say no to this very interesting recipe development challenge. Plus, they were kicking in a gift card to cover supplies and another one to give away to a FiJ reader (more about that at the end of the post). 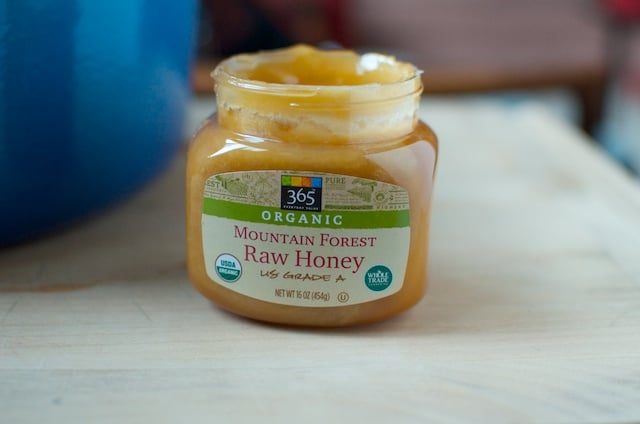 When I got back to Philadelphia, there was a package waiting for me that contained a few jelly jars, a little tub of raw mountain honey, and a sheaf of paper telling me all about the Dolomites, which is a mountain range in the northern Italian Alps. 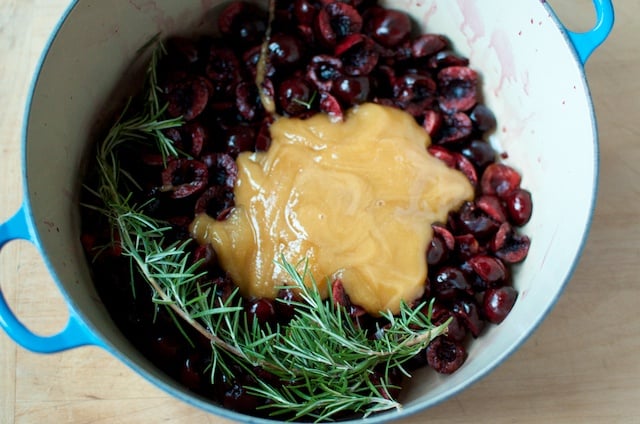 I spent a goodly amount of time wondering what I could make that would be both appropriately Italian and evoke a mountainous region. So much time, in fact, that I missed the challenge deadline and still didn’t have a plan. Oops. 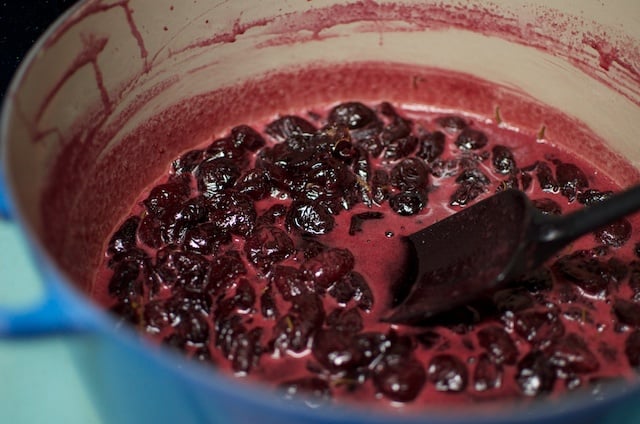 Last Thursday, I stopped thinking and started canning. One of the details included in the material they sent was the fact that the Dolomites is known for cheeses, speck (it’s a lovely, smokey cured ham), and wines. I decided to make a preserve that would go nicely with all those things.

I took 2 1/2 pounds of cherries, split them in half, popped out the pits and piled them in a low wide Dutch oven. I added the honey that had come in my box (it was a 16 ounce jar), along with a fragrant stem of rosemary (I brought a gallon size bag of rosemary clipped from a giant shrub in my parents’ front yard back to Philly with me). I let it sit for a bit, until the honey dissolved and the cherries released some juice. 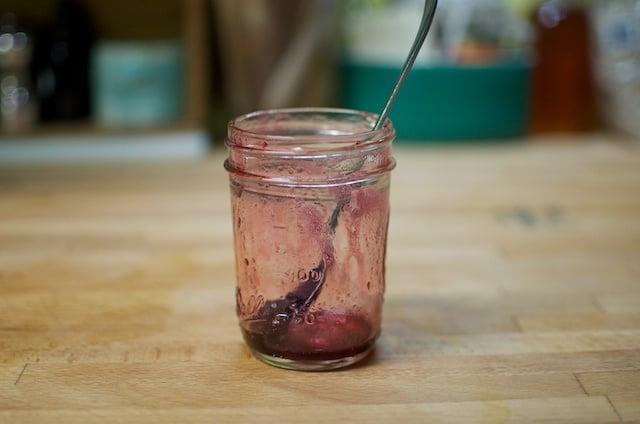 Once it was juicy, I put the pot on the stove and brought it to a boil. I cooked it at a rapid bubble for about 20 minutes, until the cherries softened and the syrup thickened a bit. I didn’t add any pectin because I wasn’t going for a jam, but instead wanted tender cherries in a rosemary and honey flavored syrup. Towards the end of cooking, I added the juice of one lemon and just a pinch of sea salt, to help sharpen the finished flavor. 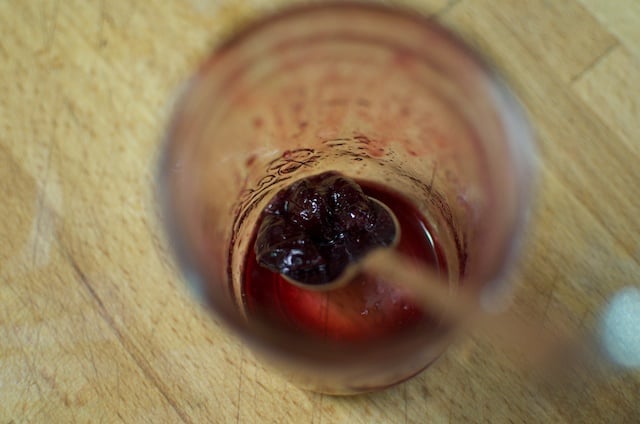 The preserve is a perfect accompaniment for cheese and cured meats, so I think I hit my mark. It’s one that I look forward to cracking open later in the fall when the evenings turn crisp and the days shorten.

Now, the giveaway. I have one $50 gift certificate to send out to one of you. Here’s how to enter.

Disclosure: Whole Foods Market gave me a gift card to cover the cost of supplies for this challenge (along with a few jars and a little tub of honey) and has also provided the $50 gift card for this giveaway. My thoughts and opinions remain, as always, entirely my own. 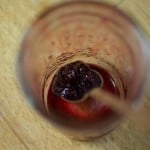 Cherry Preserves with Honey and Rosemary