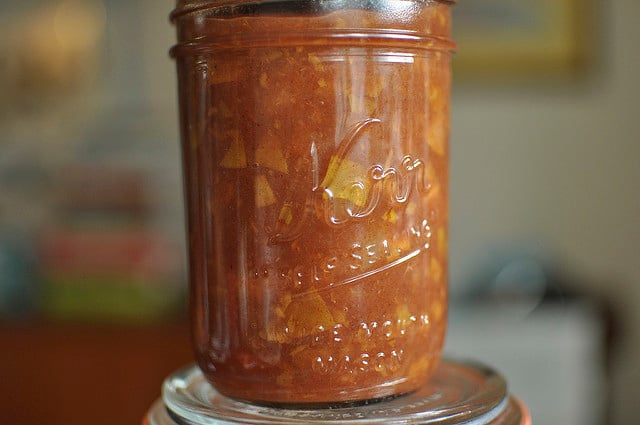 Last July, I spent a day in Washington, D.C., at the annual summer Fancy Food Show. I walked the show floor. I tasted a world of spreads, snacks, jams and cheeses. I took photos of everything I saw that I liked, intending to come back and write a post rounding up my favorite products from the show. I got as far as uploading my photos to Flickr before life got away from me (this seems to be a common theme with me). I never wrote the post. 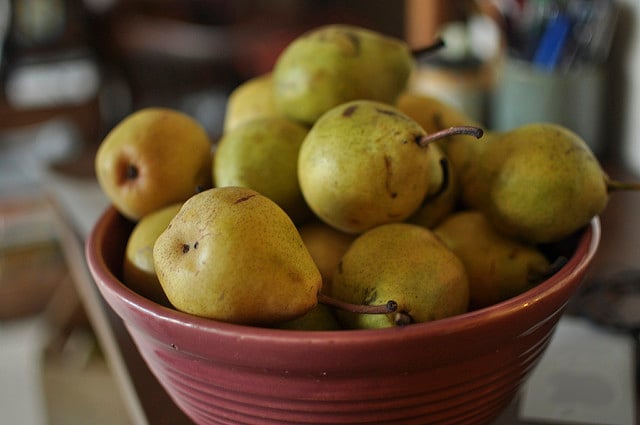 Part of the reason I wanted to write that post, was to tell you about a cinnamon pear jam I had tasted. Made by Sidehill Farm in Brattleboro, VT, this jam was the perfect marriage of fruit and spice. The flecks of cinnamon were suspended in a slow cooked jam. If it had been polite, I would have scraped that little sample jar clean before moving on to the next table. 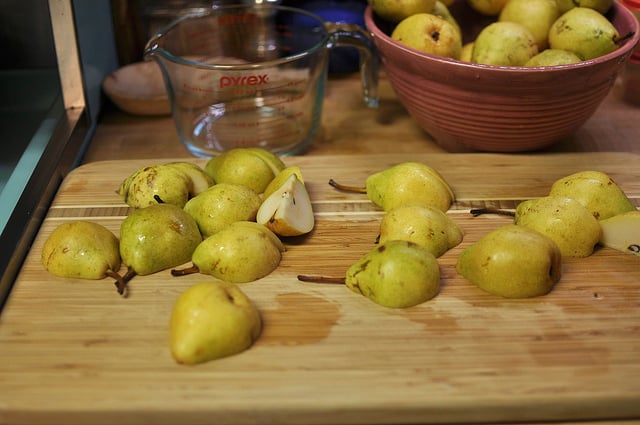 I think you all know where this story is headed. I’ve made a batch of jam in an attempt to recreate that particular jar. Because pears are one of my favorite fruits for preserving, it wasn’t a stretch for me to take my standard pear jam formula (eight cups chopped fruit and four cups sugar) and apply cinnamon to it. It is heaven. 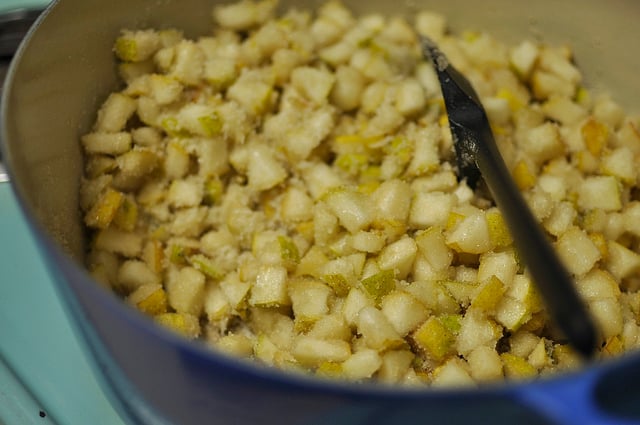 I used local Bartlett pears that I ordered through Three Springs Fruit Farm (I got 25 pounds, which is enough to make this batch of jam at least five times over. I did something else with them that I’ll be showing you soon). If you’re in the Philly area, know that Three Springs still has more pears to sell and you can order them straight off their website. I just love how modern technology makes working with farmers so easy. 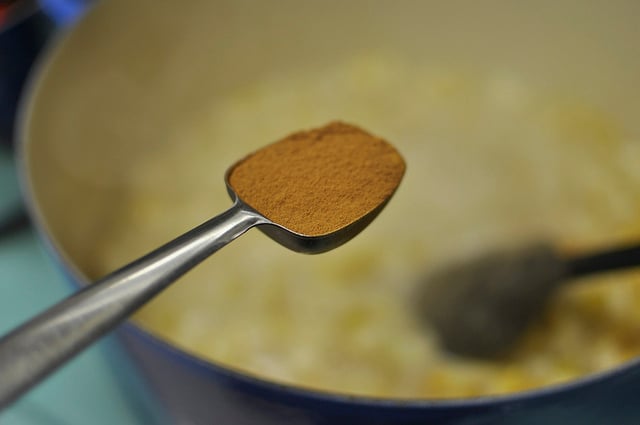 When you make this jam, you’ll notice that your finished product will be a bit lighter in color than mine. I’ve made this recipe twice now. The first time I did it (which was the time I took these pictures), I used two tablespoons of ground cinnamon in the jam. And I discovered that that may well have been too much. The second time, I stuck to a more judicious single tablespoon and was much happier with the result. 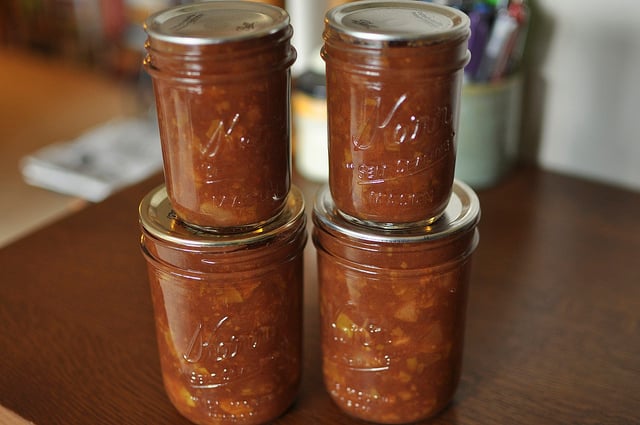 Should you be an adventurous sort, you could also add a bit of clove and ginger to this jam, for a decidedly holiday flavor. I didn’t go that route this time, as I was trying to replicate that jam. But now that I’m thinking about it, a jam made with pears and an array of warm, mulling spices could be just wonderful. 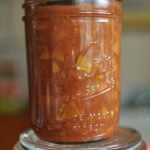