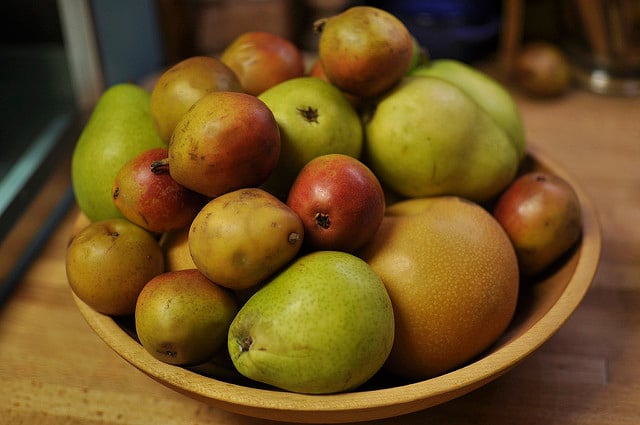 I’m crazy for pears these days. I buy them without a plan for how I’m going to use them, just to be able to have them around to look at and munch on. Seckel pears are a particular weakness, followed closely by crunchy asian pears* and the bright, green Anjou. Though I’ve always been a fan of pears, I don’t remember a year where I’ve been quite so smitten by them. 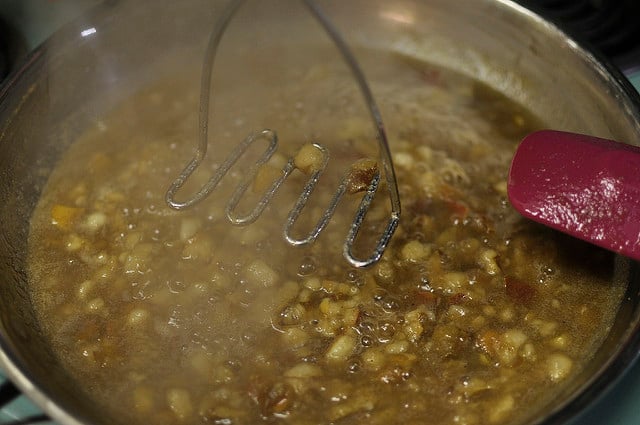 I’ve had the above bowl on my dining room table since Sunday. It just looked so pretty and made things feel so very fall-like. Yesterday afternoon, I looked over and realized that the Seckel pears were dangerously soft. It was time to stop gazing and take a bit of action. 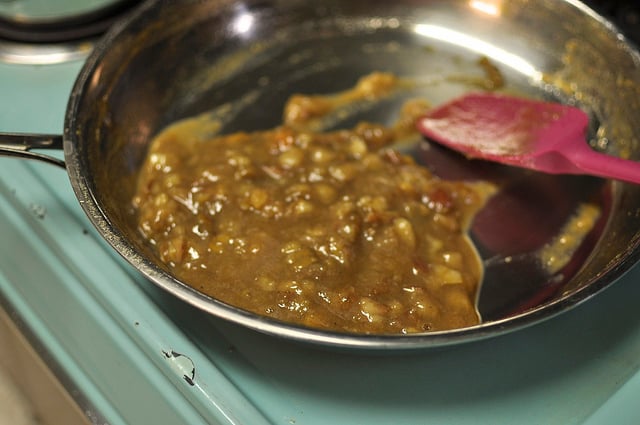 I turned to one of my favorite, small batch cooking vessels – the 12-inch stainless steel skillet. You’ve seen me employ this pan before to good effect and I’ll confess right now that there have been many other undocumented batches of jam cooked in it as well. I love using a large, flat pan for these small batches because they make for such quick cooking times. Lately, I’ve been dreaming of adding a 6-quart saute pan

for its jam-cooking surface area. 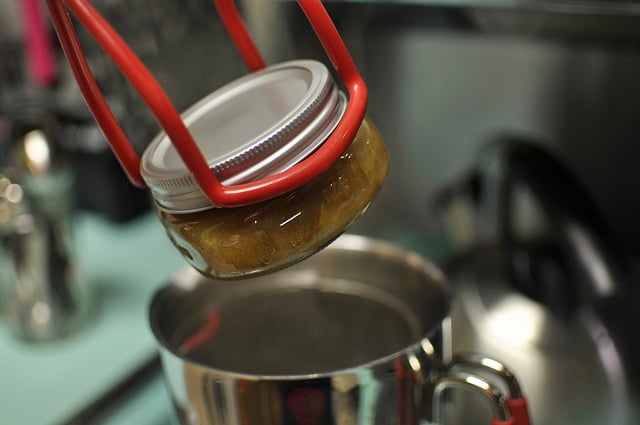 I cored and roughly chopped my pound and a half of Seckel pears, which gave me three scant cups of fruit. I heaped it into the skillet and added three quarters of a cup of brown sugar. I stirred them together until the juices started to run and then turned the heat on to high.

I let the jam simmer and sputter, stirring regularly, until the remaining juices were thick and sticky. Then I added half a teaspoon of cardamom and the juice of half a lemon. I continued to cook for just another minute or two, to give the spice and juice time to integrate. 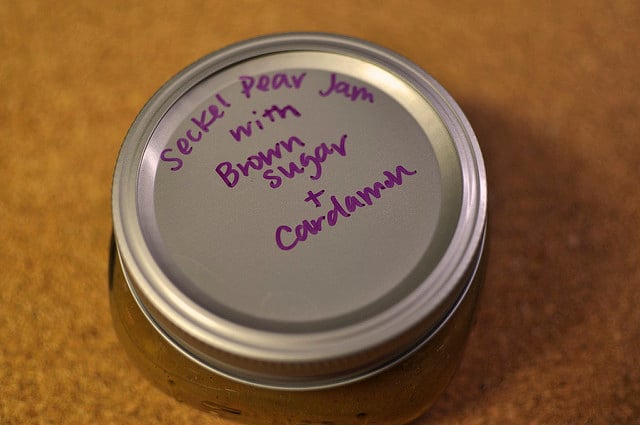 When the jam was done, I scraped it into two prepared half pint jars and processed them in my favorite small batch canning pot (the 4th burner pot

) for ten minutes. From chopped to cooling, this jam took just less than half an hour to make.

To my mind, this jam is the perfect thing for stirring into oatmeal. The gentle flavor of the pears with the spice of cardamom and the sweetness of brown sugar would combine so nicely with the creaminess of oats. It’d also be great spread on an oat scone or millet muffin.

*The asian pears are for eating out of hand, they are lower in acid than other pears and so can’t be used in basic jam recipes. They have to be heavily acidified for canning.