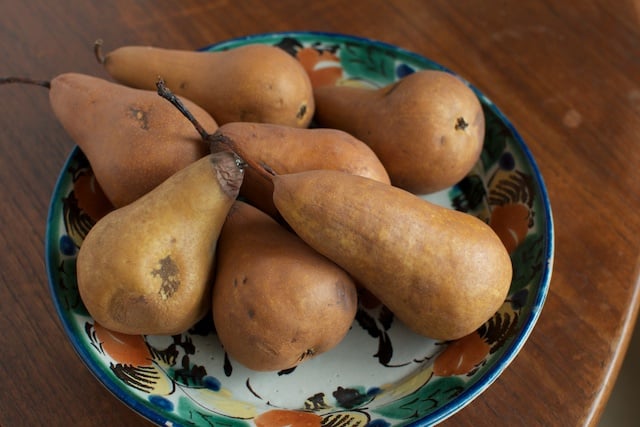 Sometime last fall, I bought a copy of a British preserving book called Notes from the Jam Cupboard

. I discovered its existence while skimming a list of recent cookbook imports and, justifying it as an important research material, promptly added it to my ever-growing canning and preserving library. I read through it as soon as it arrived and marked more than half a dozen recipes to try immediately (of course, immediately turned out to mean “sometime in the next six months”). 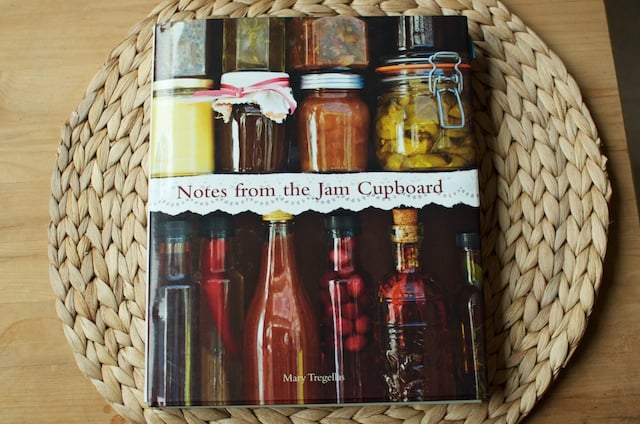 Of all the possible preserves and dishes I marked, there was one that stuck particularly fast in my memory. Pear and chocolate jam. As we all know, I have something of a weakness for pear jams (cardamom. vanilla. cinnamon. lavender.). I had to try a jam that has you melt nearly two bars of dark chocolate into a pot of pear jam that you’ve gently spiked with cinnamon. Truly, I couldn’t imagine how anything could sound more divine. 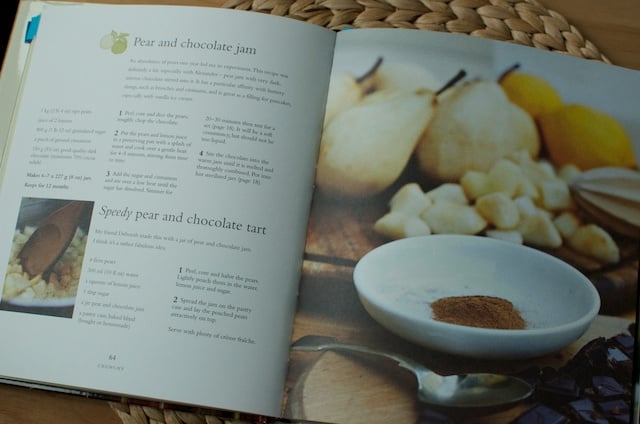 I’ve spent more time than is rational thinking about this jam and have twice bought pears with the intention of making it. Finally, earlier this week, my stars aligned and I made a batch of this jam, exactly as written. It cooked up beautifully and made me realize that a jam made from peeled pears is slightly more refined and elegant than the ones I’ve often made (not that I’ll be peeling all my pears from here on out, but there are moments when it can be nice). 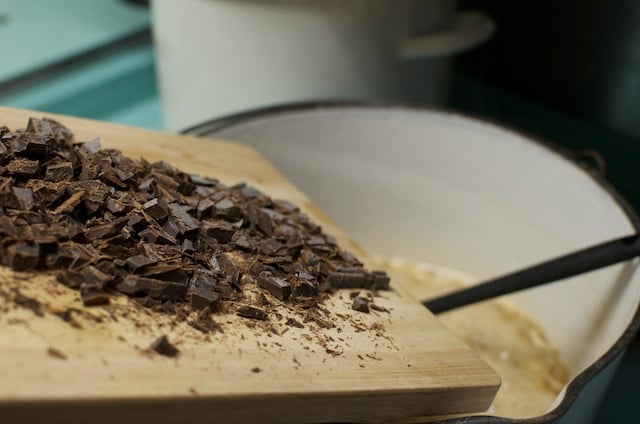 In her head note, Mary Tregellas says that this is a jam that “has a particular affinity with buttery things, such as brioche and croissants.” Having made a batch, I understand why she said this. This is an incredibly sweet jam. There are four parts sugar to five parts fruit, and then you add a mountain of dark chocolate.

This is not something you’ll probably want to smear on toast for breakfast each morning, but it would make an amazing glaze for a dense, barely-sweet chocolate cake or as a filling layer in an elegant tart (there’s even a tart recipe included in the book). 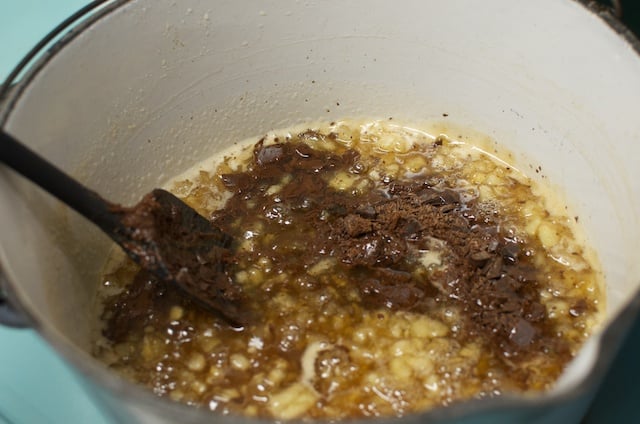 I’m certain that this jam will raise some safety flags for some of you out there, but according to the reading I’ve done, I believe it is safe for canning (I added a boiling water bath step that isn’t included in the book). Good dark chocolate (which is what I used) is made without the addition of milk solids, so there’s no dairy in this product. The amount of sugar in the recipe will help keep it safely preserved for some time.

There is some reason for caution on the pH front, though. Chocolate is quite low in acid. However, most pear varieties have enough acid for safe canning (though not asian pears) and the recipe includes the juice of two lemons. If using fresh lemons for acid balancing makes you uncomfortable, you can substitute bottled lemon juice (a medium lemon averages 3 tablespoons of lemon juice). When I made my batch, I added the juice of 2 1/2 lemons, which gave me a full half cup.

Edited to add: I’ve received some feedback to this recipe, questioning the safety of adding the chocolate solids. If it gives you pause, try using 3/4 cup of unsweetened cocoa powder in place of the bar chocolate. 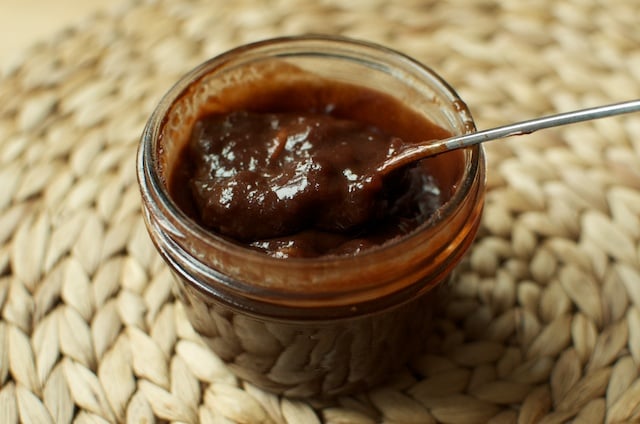 All that said, this is a lovely jam. It tastes a great deal like a slice of pear dipped into chocolate fondue. It’s a treat I’m happy to welcome into my pantry and I’ll be looking for ways to best use it going forward. 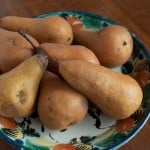 Adapted from "Notes From the Jam Cupboard" by Mary Tregallas.

79 thoughts on "Pear and Chocolate Jam"