Hey folks! Let’s welcome Alex Jones to the blog. She’s a friend and fellow Philadelphian who is coming on board as a regular contributor to Food in Jars (you’ll see her posts a couple times a month). She’ll be participating in the Mastery Challenge and will be sharing preserving tips and recipes from her West Philly kitchen. She’s kicking things off with a batch of Meyer Lemon Grapefruit Marmalade! ~Marisa 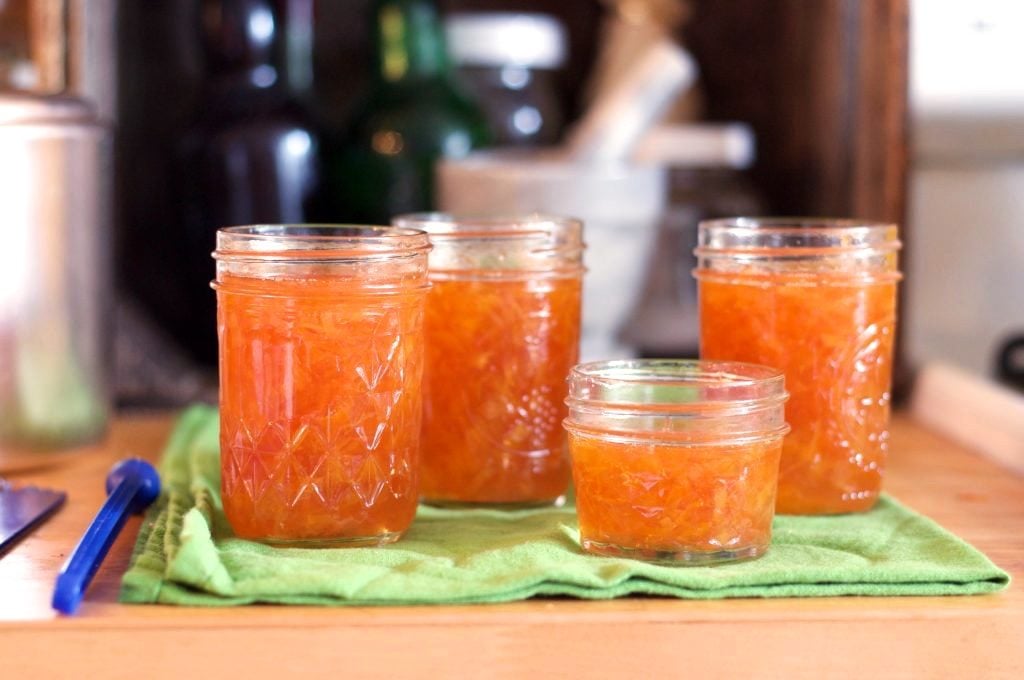 Hello fellow canners! I’m Alex Jones, your new FIJ contributor. I write about and work with local foods, farmers, and makers in the Philadelphia area. Over the past several years, I’ve learned to preserve thanks in large part to Marisa’s blog, books, and classes, so it’s especially exciting to lend my voice to the blog.

For January’s Mastery Challenge, I knew I’d be incorporating some of my Lemon Ladies Meyer lemons, which have become a permanent line item on my Christmas wish list. After slicing and drying half my stash, turning some into thick, sliceable fruit cheese, and squeezing a few over seared day boat scallops, I had half a dozen lemons left to make into marmalade. 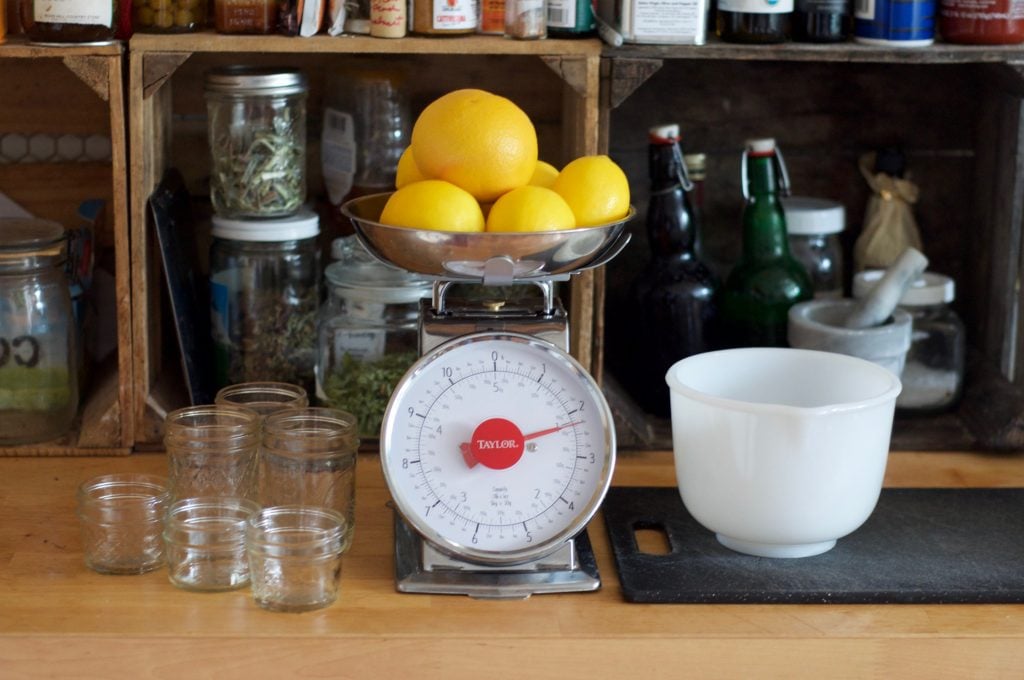 To fill out the recipe and add a rosy glow to the finished product, I grabbed an organic grapefruit that had been hanging out on my counter. In total, I had a little over two pounds of fruit, just enough to halve Marisa’s Three-Citrus Marmalade recipe and transform it into a batch of Meyer Lemon Grapefruit Marmalade.

I grabbed my peeler and my paring knife and got to work. The methodical process of zesting, trimming, supreme-ing, and chopping my lemons and grapefruit, as the canning pot warmed my kitchen and episodes of Scandal hummed in the background, was the perfect way to spend a cold January morning. 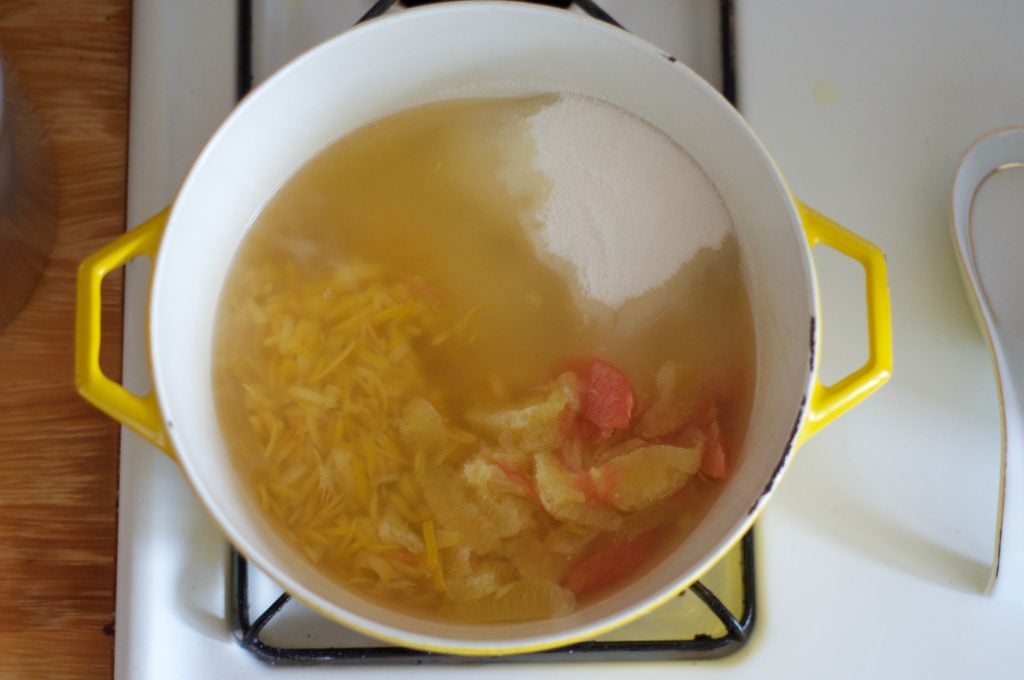 I followed Marisa’s recipe as closely as possible — something I admit I don’t always do when in the throes of bulk fruit season — and for the most part, my results corresponded closely with her version. The main difference was around what for me is the most challenging aspect of making fruit preserves like this: achieving set.

I shy away from jam recipes that include store-bought pectin, as I often end up with an unappetizing, too-firm preserve, rather than the desired substantial-yet-stirrable set. But this marmalade recipe makes use of discarded bits of citrus — the seeds and membranes from the sections — as a gentle thickener. 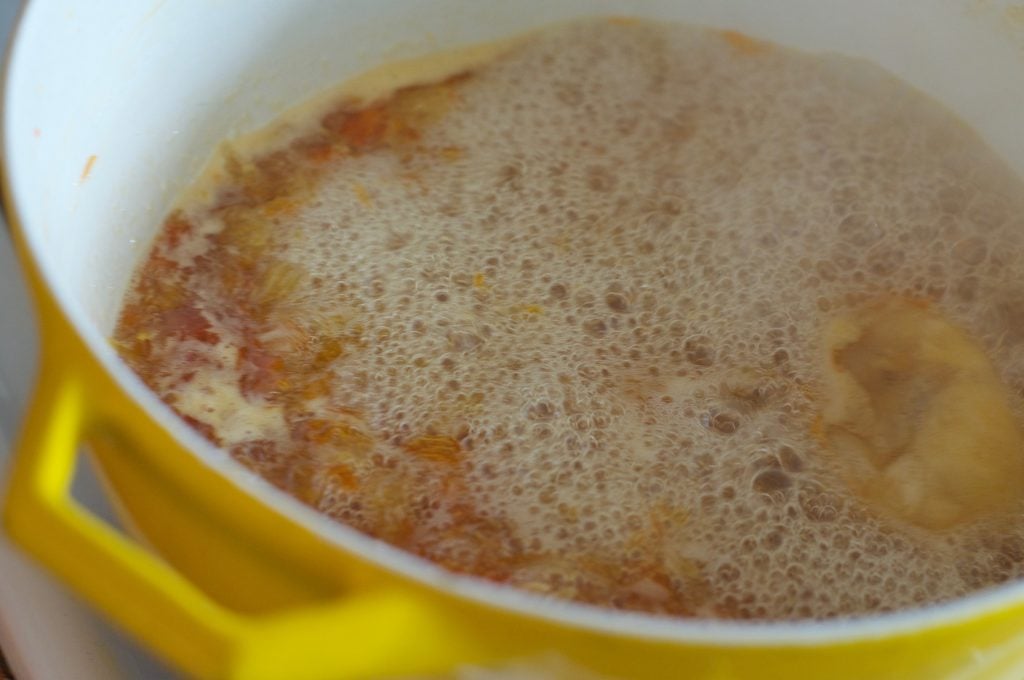 My Meyer lemon-grapefruit marmalade, cooked over medium-high gas heat in a 4-quart enameled cast iron Dutch oven, took 45 minutes to get to 220 degrees, at which point I began testing the set. It took another 17 minutes and 5 degrees before the marmalade passed the plate test. Constant stirring and testing every 5 minutes helped me avoid scorching the marmalade, another potential pitfall. 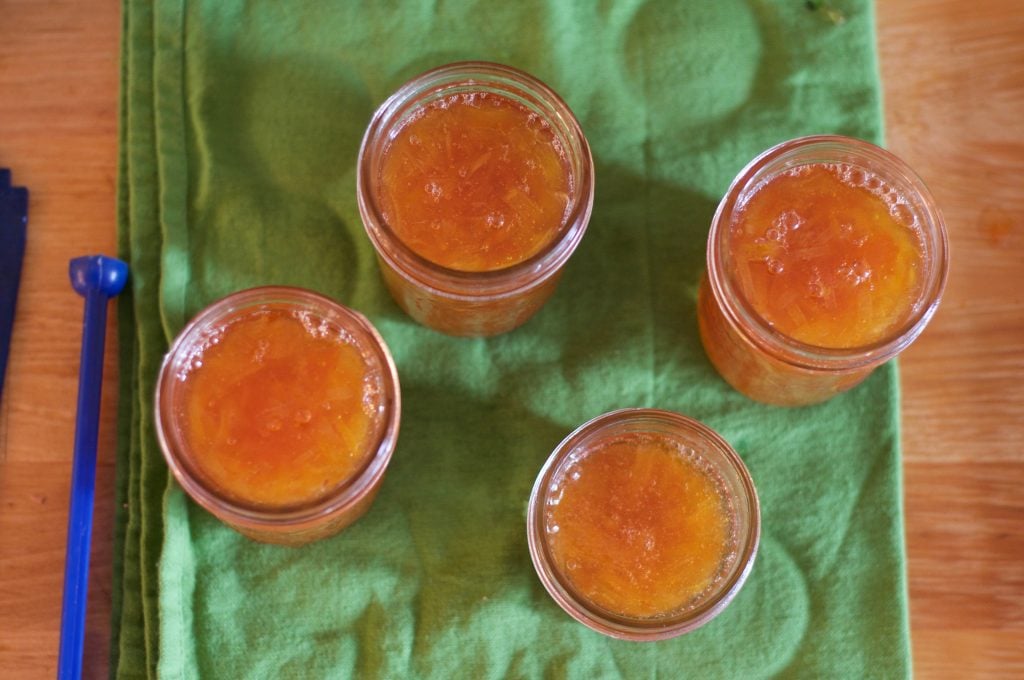 Before canning, I took care to remove the pot from the heat and stir for a full minute to keep the zest from floating at the top of the jar, a tip I somehow missed till now. It’s already paying off to revisit these techniques with intention!

After the processed jars had some time to cool off, I couldn’t resist popping open a quarter pint jar to check set and flavor. The texture was lovely — standing up on my knife but easy to spread — with tender bits of zest throughout. It tasted bright, sweet and sunny, with a hint of bitterness from the grapefruit to balance. 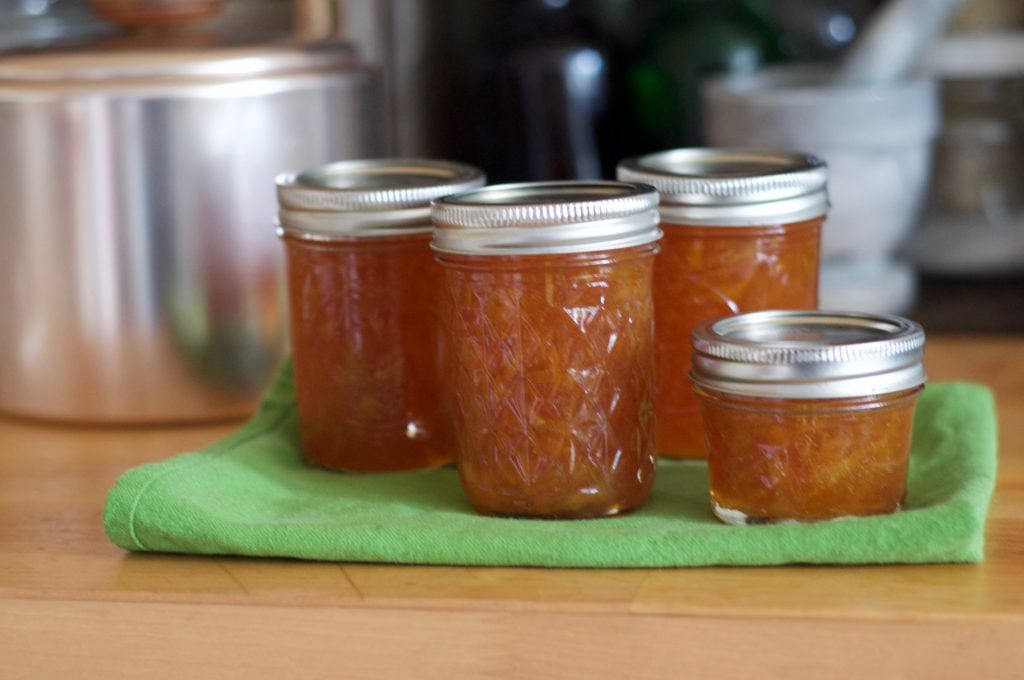 I might have to reconsider my usual policy of making fruit preserves for gifts only and allocate a jar or three of this Meyer Lemon Grapefruit Marmalade for my own use. That definitely makes the first month of the Mastery Challenge a success. 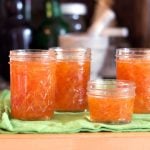