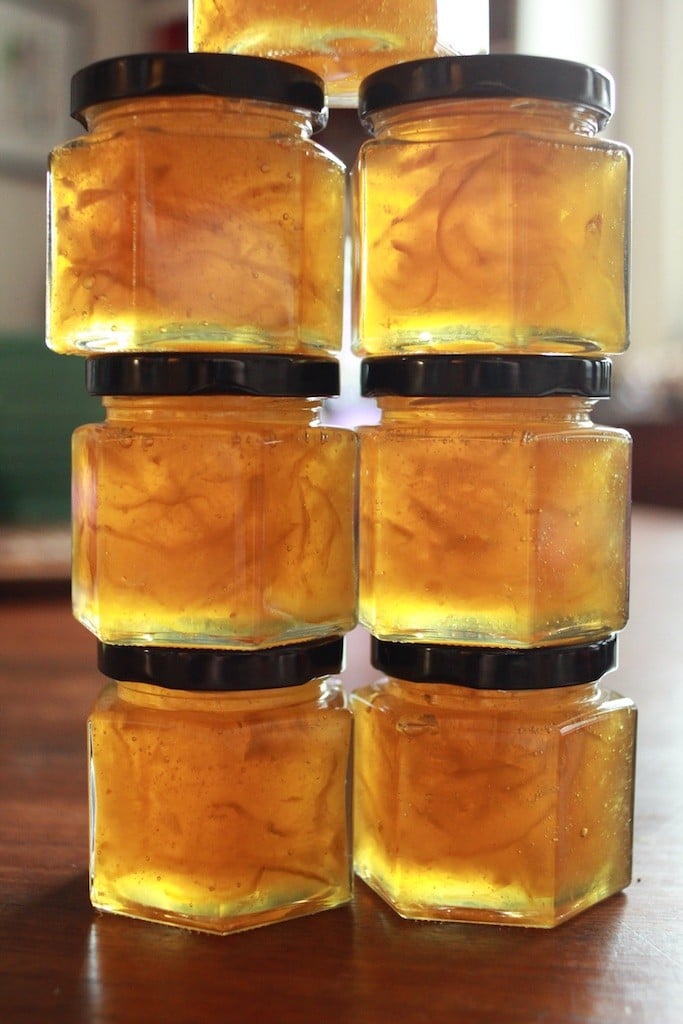 The citrus situation in my kitchen is out of control. There’s a big bowl of clementines on the table, three red grapefruits in the basket with the onions, and a open bag of cara cara oranges on the counter (not to mention the remaining Meyer lemons, which are lined up on a rimmed baking sheet and hanging out in the living room). I realize I should probably restrain myself, but citrus feels like the only good way to combat the short days, chilly weather, and non-stop parade of head colds. 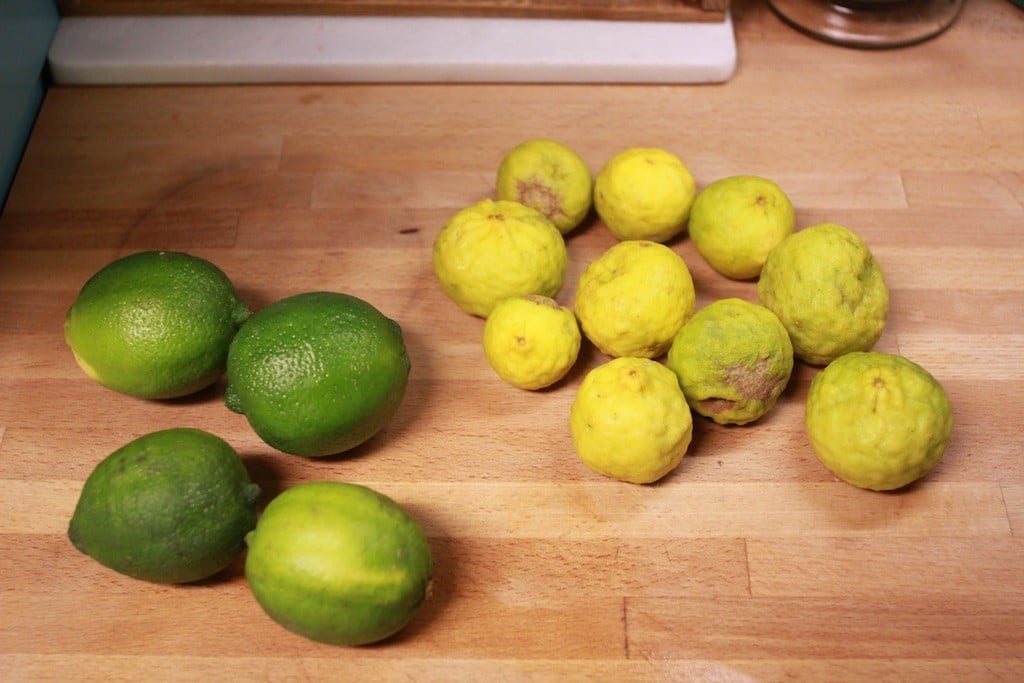 Up until a couple days ago, there was also something a lime situation. Because I’m a long-time customer, Karen from the Lemon Ladies will occasionally slip an extra treat into my order. This year, she tucked in a bonus pound of makrut* limes in with the Meyers. Both makrut limes and their leaves are used a great deal in Thai cooking and have a heady, slightly woodsy fragrance. 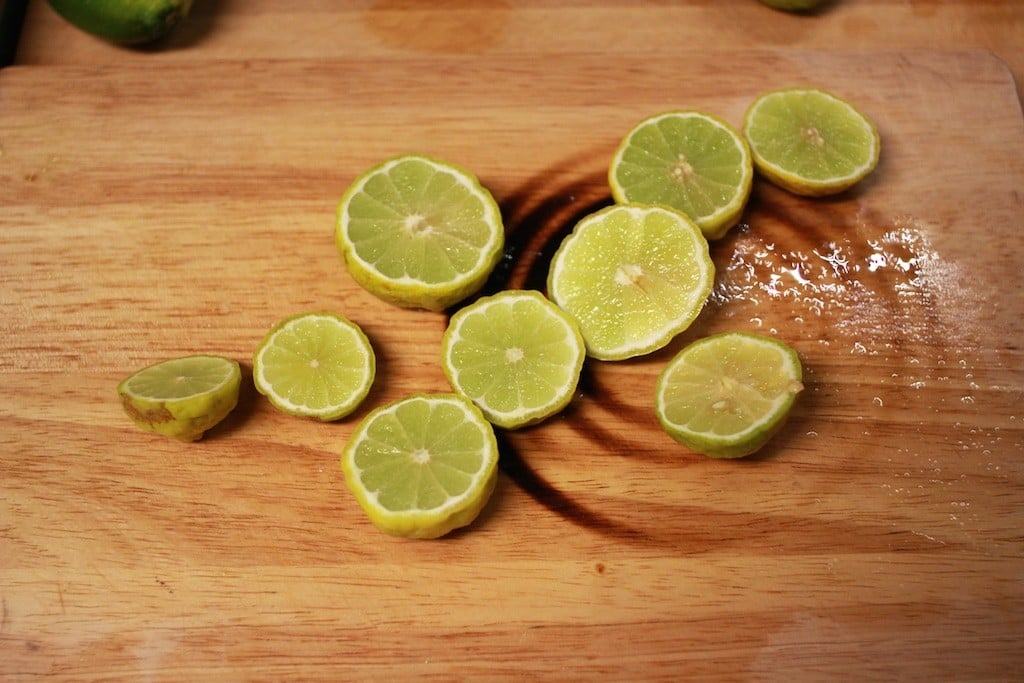 Because I am who I am, you should not be surprised to hear that I took those makrut limes and made marmalade with them. I used the Hungry Tigress’ Lime on Lime Shred Marmalade as a starting place and got to work (just a glance at her site makes me nostalgic for the days of the Can Jam).

I stretched the making of this marmalade out over three days. I find that this is my favorite way to make any labor-intensive preserve, because it never ends up feeling like too much of a pain. If I force myself to do it all at once, I often end up hating the process. If I work in small spurts, I end up delighted with the experience instead. 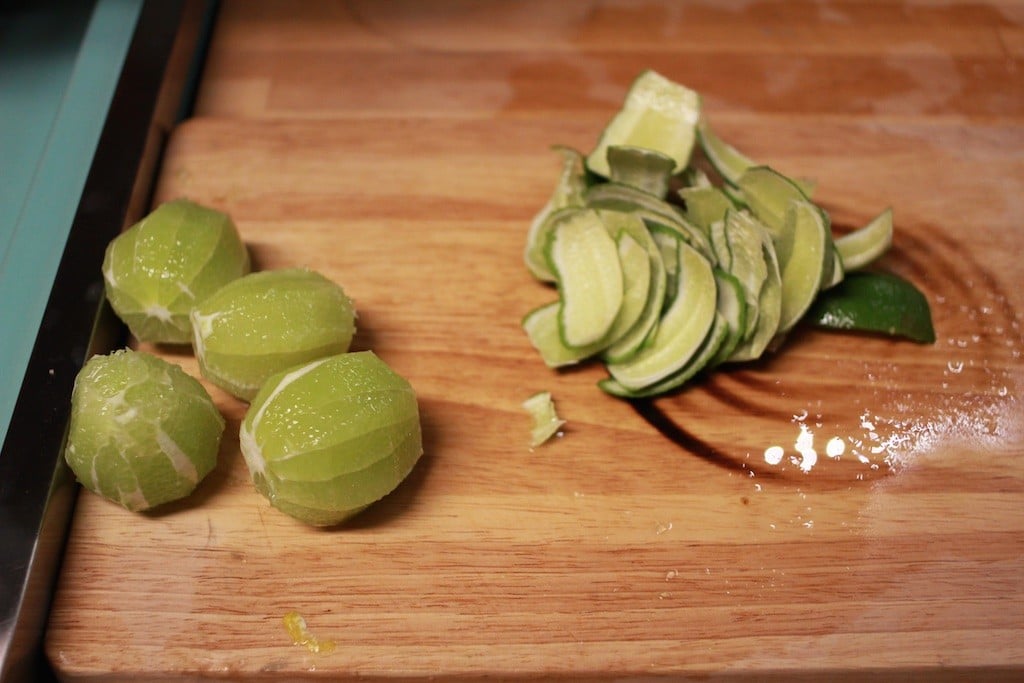 So, on Monday evening, after the dinner dishes were cleaned and I had clear counters and an empty sink, I turned on a podcast and set to work. I had a scant pound of makrut limes and three quarters of a pound of conventional limes. After giving the makrut limes a good scrub, I cut them in half across their equators, plucked out the seeds, and using a freshly sharpened knife, cut them into the thinnest half moons I could manage. 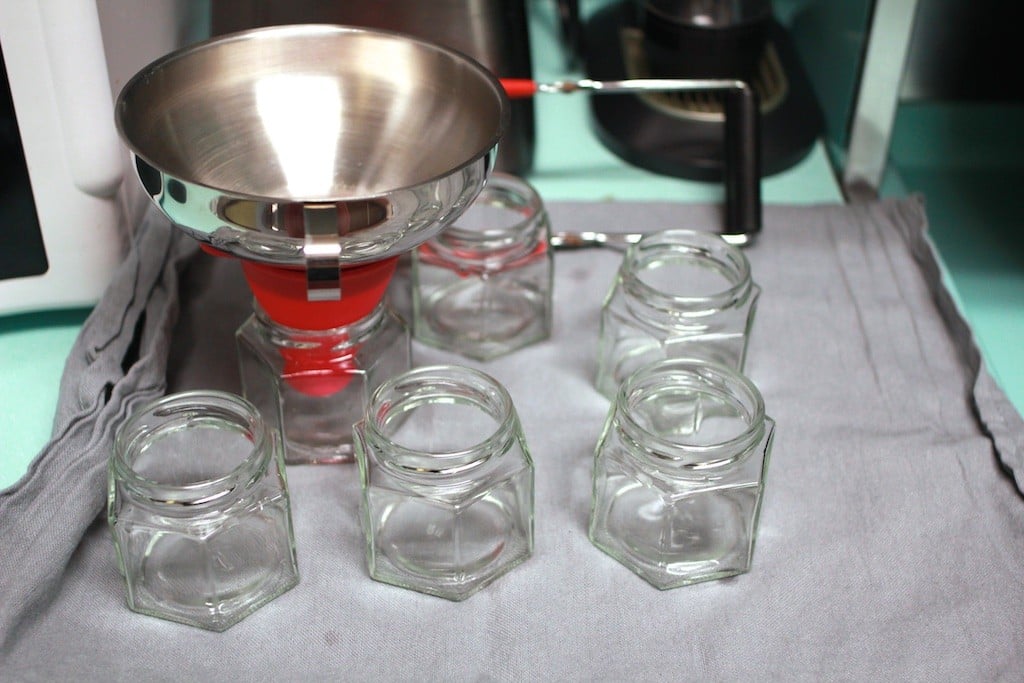 Because the other limes weren’t organic, I didn’t want to use their skins. Instead, I cut away the peels to expose the interior flesh and, using my very sharp knife a little too close to my fingertips, I sectioned out the pulpy innards. Then I pulled down a wide mouth half gallon jar and scraped all my prepared fruit bits into it. Four cups of filtered water went in on top, and it all spent the night in the fridge (next to some fermented dilly beans and leftover soup). 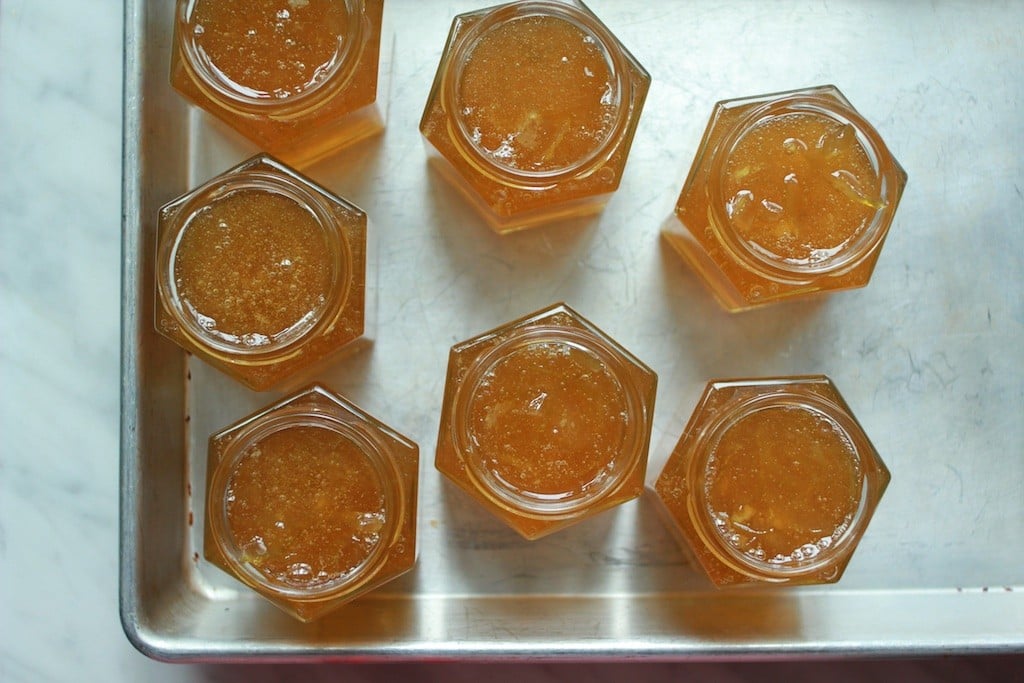 The next night, I poured the contents of that jar out into a big, wide jam pan (this one, to be specific) and added four cups of granulated sugar. I stirred the sugar into the fruit and brought it to a brief boil. Then I killed the heat, fitted a round of parchment paper to serve as a makeshift lid, and went to bed. 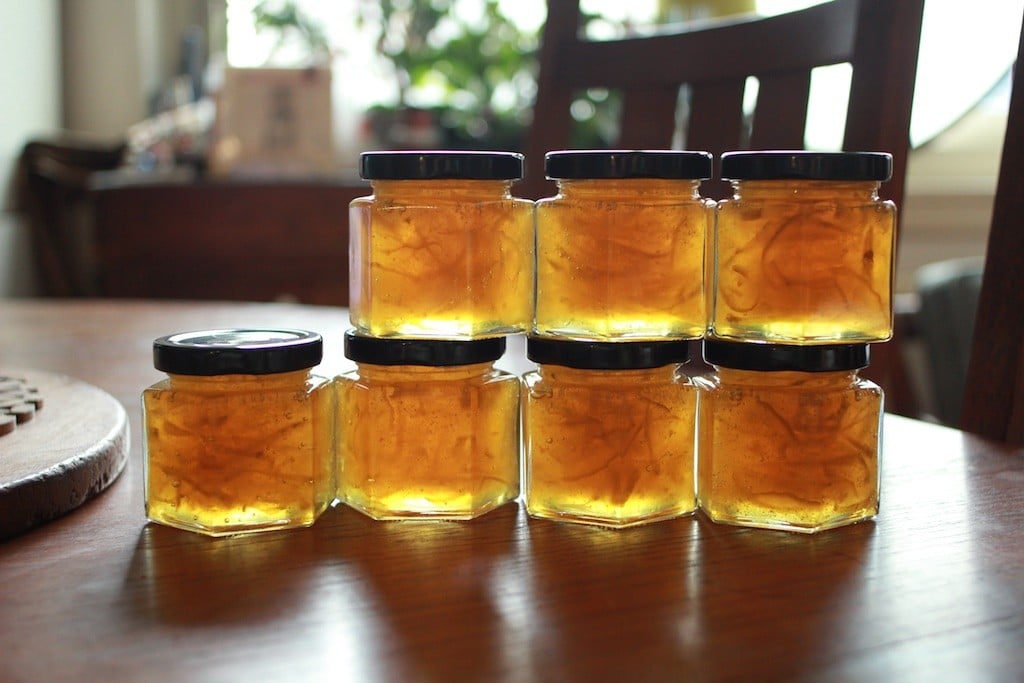 The next morning, before I’d even taken a shower, I fired up the canning pot, brought the lime slurry to a boil, cooked it until it reached 222°F (a little higher than I sometimes recommend, but I wanted to ensure a firm set). The end result was just a little less than four half pints (I canned it in hexagonal jars that hold four ounces, and there was a bit left over that went into a jar for the fridge).

The finished marmalade is bright, pleasantly bitter, and may well travel with me to the Philly Food Swap next week. Who knows!

*Makrut limes also go by another name. It is deeply problematic and so I’ve chosen not to use it here. 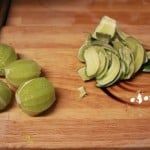