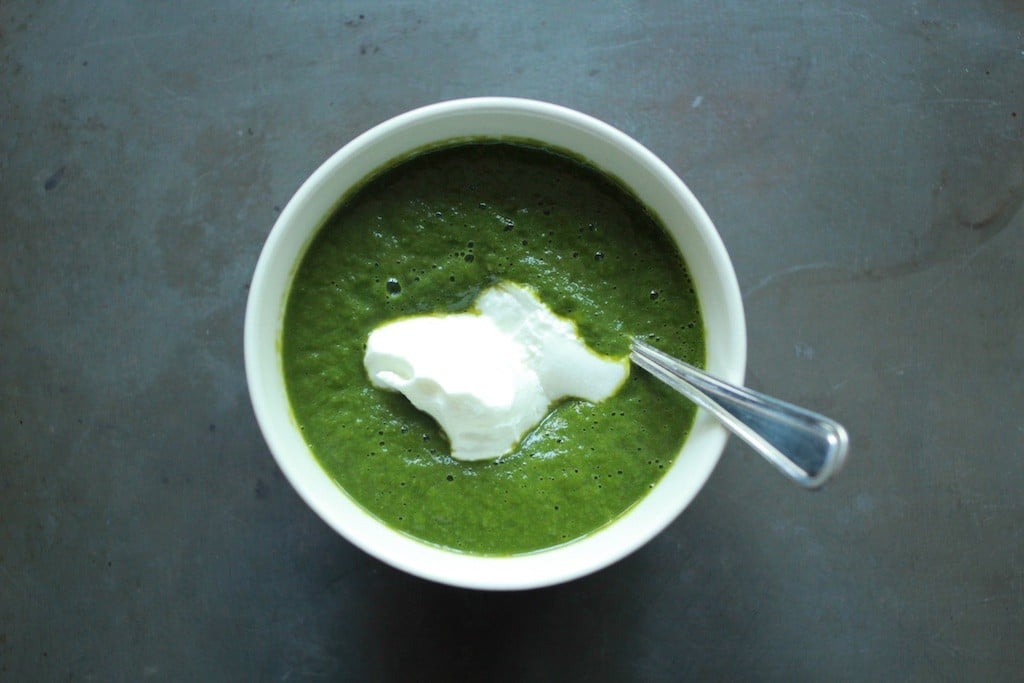 I spent the weekend at the Pennsylvania Farm Show. In between my canning demos, Scott and I explored the many halls and sampled a goodly portion of the treats and fried delicacies on offer. By the time we got home on Sunday evening, I was feeling decidedly overfed (french fries, a hot dog, two potato doughnuts, a smoked brisket sandwich, a buttered soft pretzel, and a milk shake from the PA Dairymen will do that to a girl). 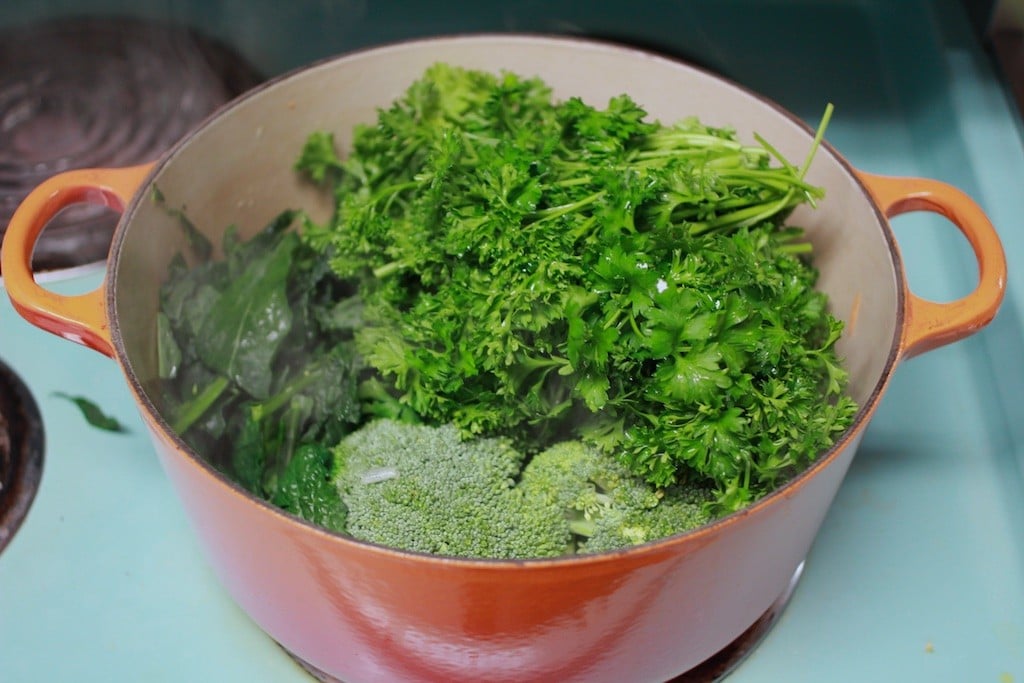 I ate lightly yesterday, but woke up this morning feeling strongly that I needed to focus primarily on vegetables for a little while. Other times of the year, I might spend a few days slurping down green smoothies for breakfast and eating salads for lunch and dinner, but current temperatures make all cold foods seem unappealing. Enter my mom’s signature green soup. 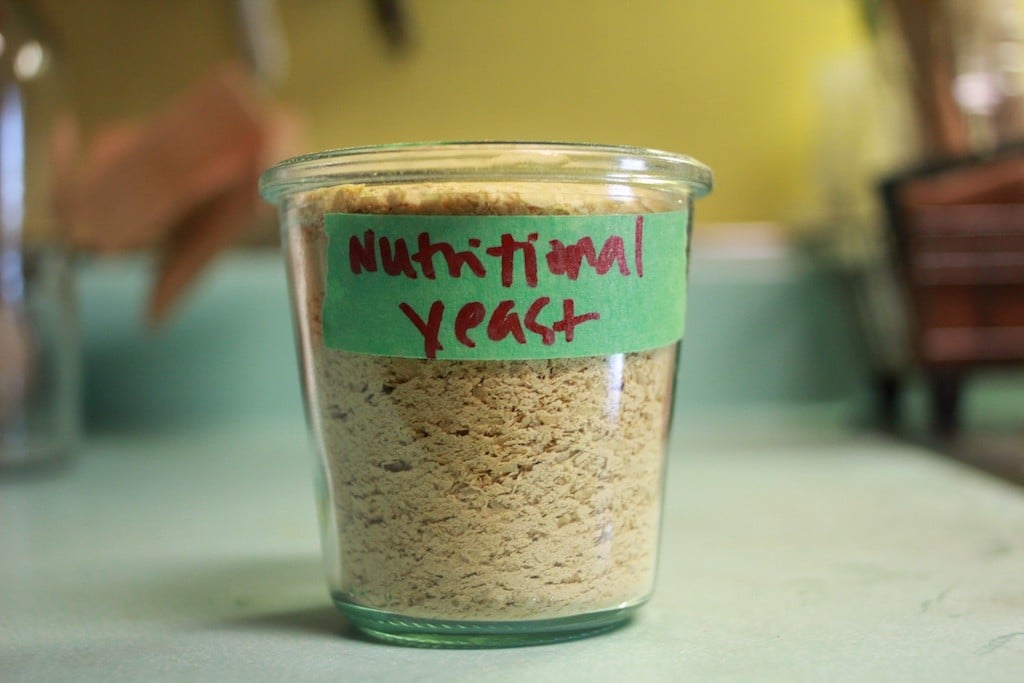 It’s a recipe that found its way into her recipe binder sometime in the 1970s under the title Bieler Broth. The name is misleading, as there’s nothing brothy about this soup. It’s a hearty puree of greens, carrots, onions, broccoli, garlic, and nutritional yeast (total hippie ingredient) and it’s just the thing when you’ve binged on the kind of food you can only get at festivals, state fairs, and farm shows. 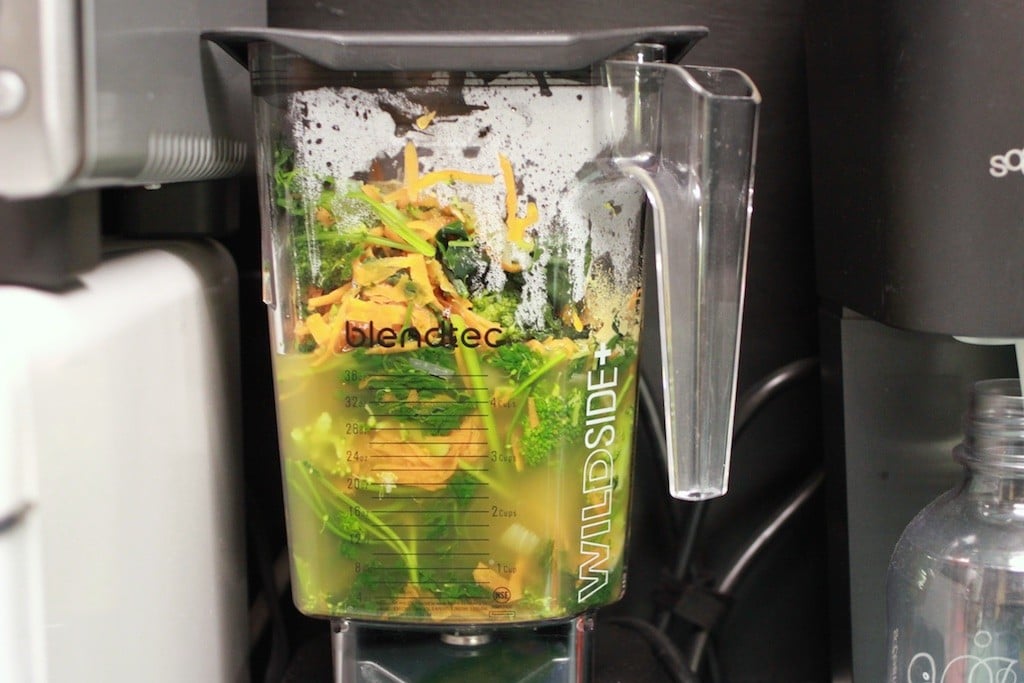 The ingredients are fairly flexible, but the basics are these. You want at least half the substance of the soup to be green leaves of some kind. I use a combination of spinach, kale, and parsley (chard, beet greens, collards, and even arugula work nicely). Broccoli florets, grated carrot, half a chopped onion, and a few peeled garlic cloves make up the balance of the soup. 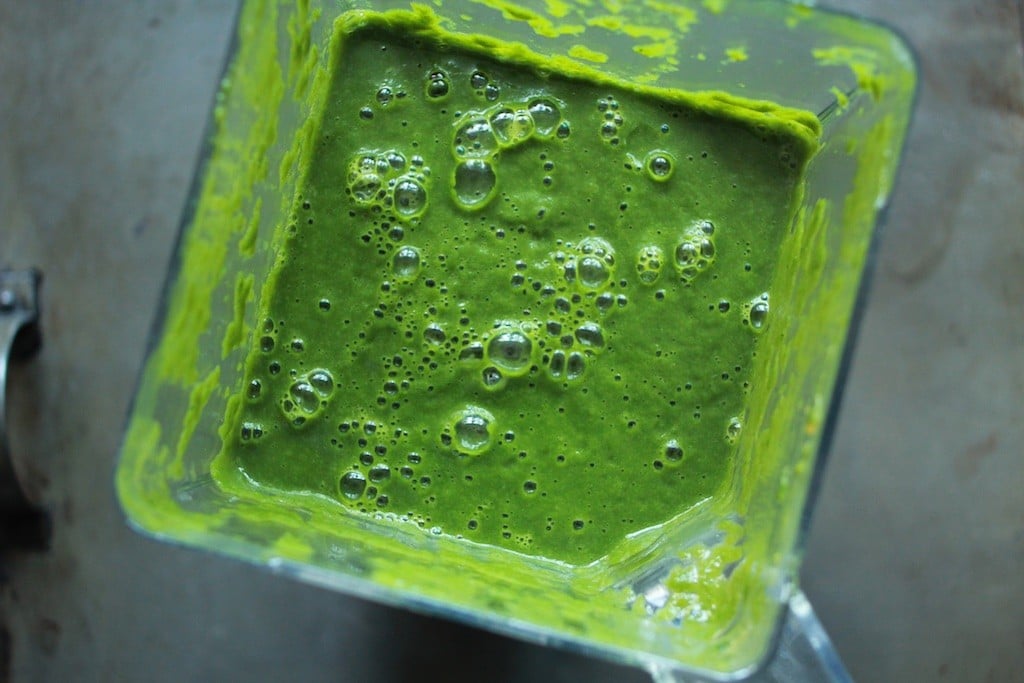 When they’re in season, summer squash is a nice addition, but they’re just no good this time of year (being that it’s not summer). Green beans and peeled celery can also be added, but I didn’t have either in the fridge, so I left them out. A little chopped cabbage is fine, but use it sparingly.

I always opt for the curly kind of parsley because it’s what my mom prefers, but flat leaf is okay too. It is really good for you, but if you’re sensitive to bitter flavors, use a sparing hand. 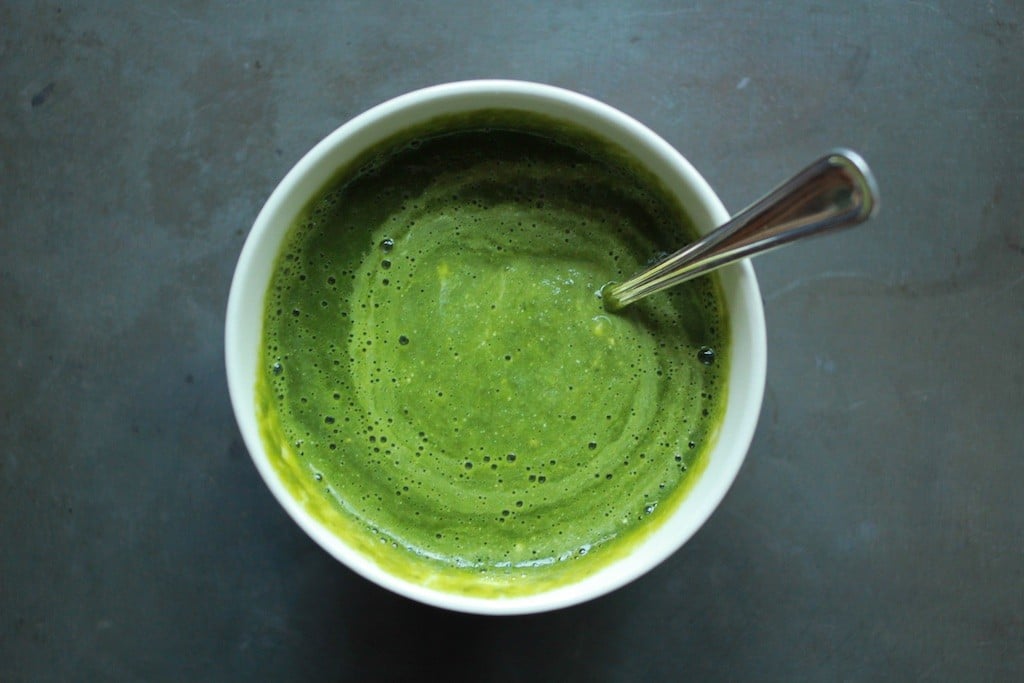 To make the soup, you pour two cups of boiling water into the bottom of a roomy pot (a 5 1/2 quart Dutch oven is my go-to) and set it over medium heat. Add the greens first and stir until the wilt into the water. Then add the broccoli, carrots, onion, garlic, green beans, and whatever else you’re including. Simmer for 15-20 minutes, until the firmest vegetables are tender (but not entirely limp).

When the vegetables are finished cooking, ladle them along with their cooking liquid into a blender. Add 2 generous tablespoons of nutritional yeast, a healthy pinch of salt, the juice from 1/2 a lemon, and a couple turns of a pepper grinder. Hold a towel over the top of the blender and puree (gradually increasing the speed until things are really moving). Taste and adjust the seasonings. Know that if it’s tasting a little TOO green for you, the flavor will mellow in just 15 minutes time. 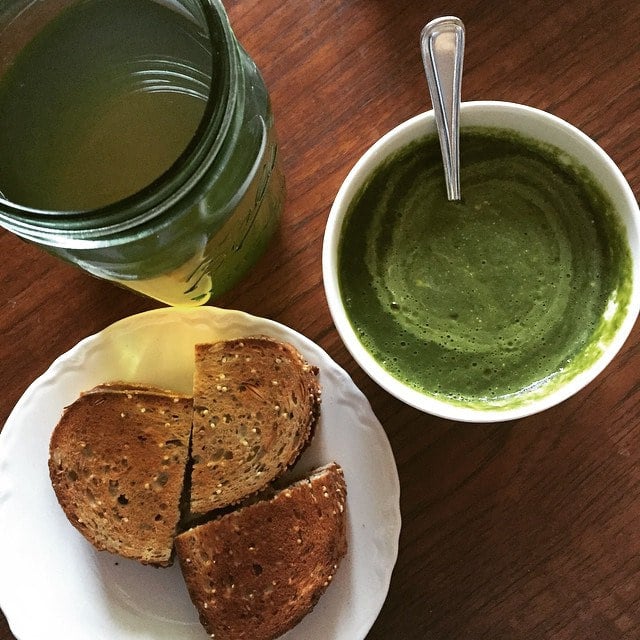 At this point, the soup is done. I like to eat it warm, but it’s also good chilled. I find that I need a spoonful of plain yogurt or a little bit of coconut milk swirled in to make a meal out of a bowl(if it’s the kind of thing you have around, some cashew milk or creme is also good). Anything with a little fat helps keep me full a bit longer and that’s always useful

I find that it will keep three or four days in the fridge, so I typically make a big batch and have it for lunch all week. Just know that the color will fade a little over time. It’s not a sign of spoilage, though, so no need to worry!

What do you guys eat when you’re recovering from a period of overindulgence? 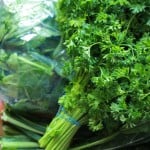