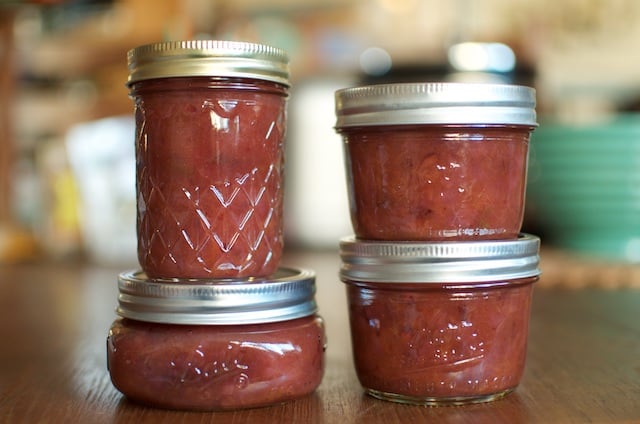 As the weather cools and each day comes bearing less light, I find that my almost-compulsive urge to make jam is starting to go quiet (I’m not worried. It will return with the strawberries in May). The kitchen still pulls me, but once standing at the stove, I make vast pots of soup, warm grain salads, long simmered beans, and oven-roasted compotes of apples and raisins. 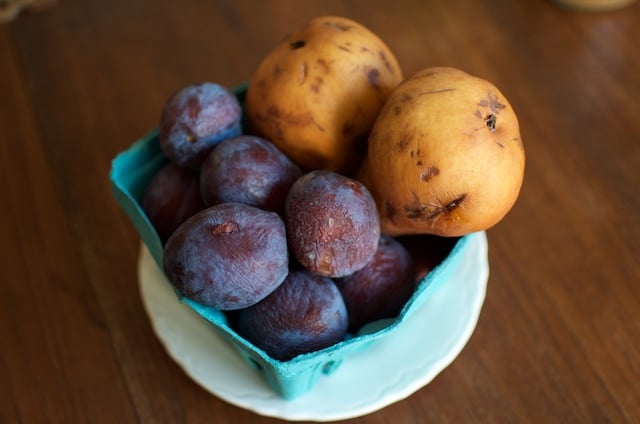 I find this time of year to be the very most satiating, both when it comes to food and to general living. My body loves the cooler weather and the bounty of winter squash and cruciferous vegetables, and my mind so appreciates the earlier bedtimes and the reintroduction of pleasure reading that happens when I’m not trying to work through all the waking hours. 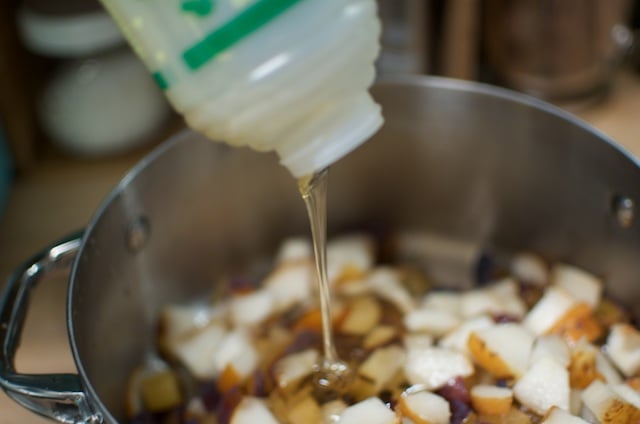 I plan on sharing more of these homey soups, salads, and roasted fruit compotes with you in the coming weeks. However, I do have a preserve that is itching to be written up before it is forgotten forever. It’s a honey sweetened jam made from plums and pears that bridges the season in a very appealing way. I realize that in most places, plums are but a distant memory. If that’s the case for you, bookmark or pin it for next year, as it is worth making. 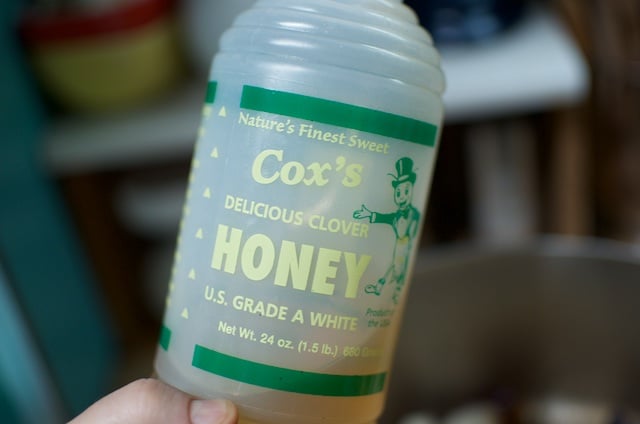 This one started as so much of my preserving does, with an assessment of what produce was most urgently on the verge. On the particular afternoon I made this jam, the answer to that question was a quart of plums from my Philly Foodworks CSA share and the last two very ripe pears that remained from a six pound bag we’d bought at Costco ten days earlier. 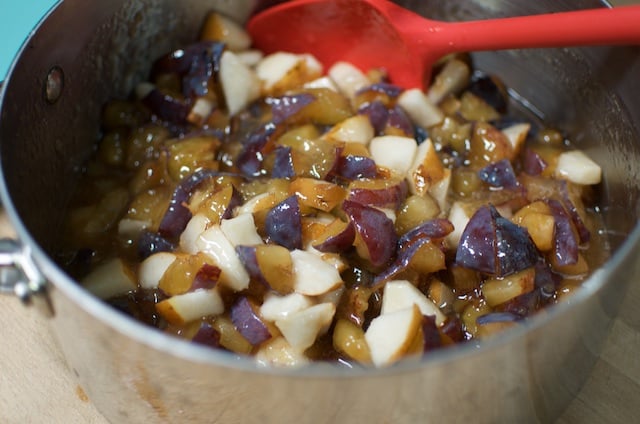 I chopped the fruit, cutting away any unseemly bits (the pears teetering on their very last leg) and plunked it all into the pot. I added 2/3 a cup of honey (the ratio of fruit to sweetener was about four to one), the juice of half a lemon, and a heaping half teaspoon of ground cinnamon and cooked it for about 20 minutes, until it was thick. 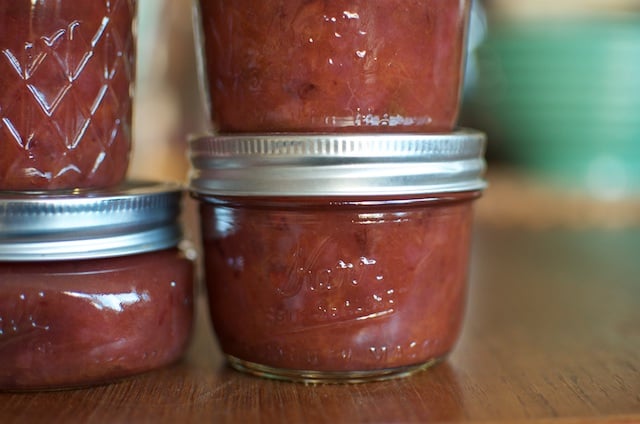 The finished yield was just four half pints. There was a bit leftover in the pan that I swirled into yogurt while it was still warm (so good). I do so love the satisfaction of transforming things that would otherwise get tossed into good, usable food.

Disclosure: The Cox Honey that’s pictured above was part of the shipment of honey that I detailed in this post. The plums were part of my October share from Philly Foodworks. 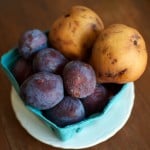