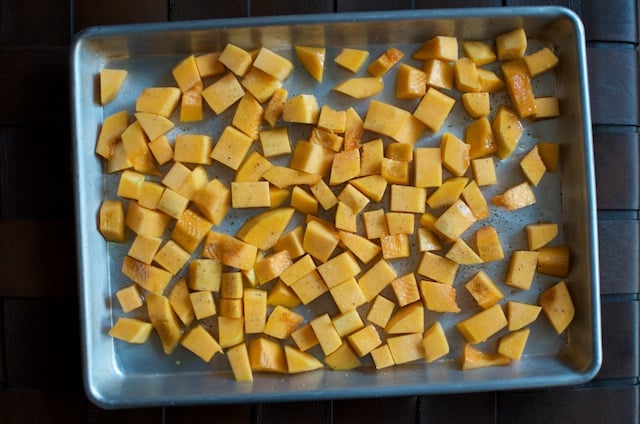 Since a very young age, I’ve been a fiend for croutons. They weren’t something my mother kept in the house, but my maternal grandmother often had a box tucked into her kitchen cabinets. When we visited, my sister would head straight for the stash of chocolate mints in the bar, while I would quietly abscond with the croutons. I’d tuck myself into a corner with a book and my box of oily bread cubes and be perfectly content until discovered with the empty box.

In my early twenties, my favorite potluck trick was to bring a salad with homemade croutons. The salad could be entirely ordinary because no one was looking at the greens. They were focused on those craggy, garlicky cubes of deeply toasted bread. 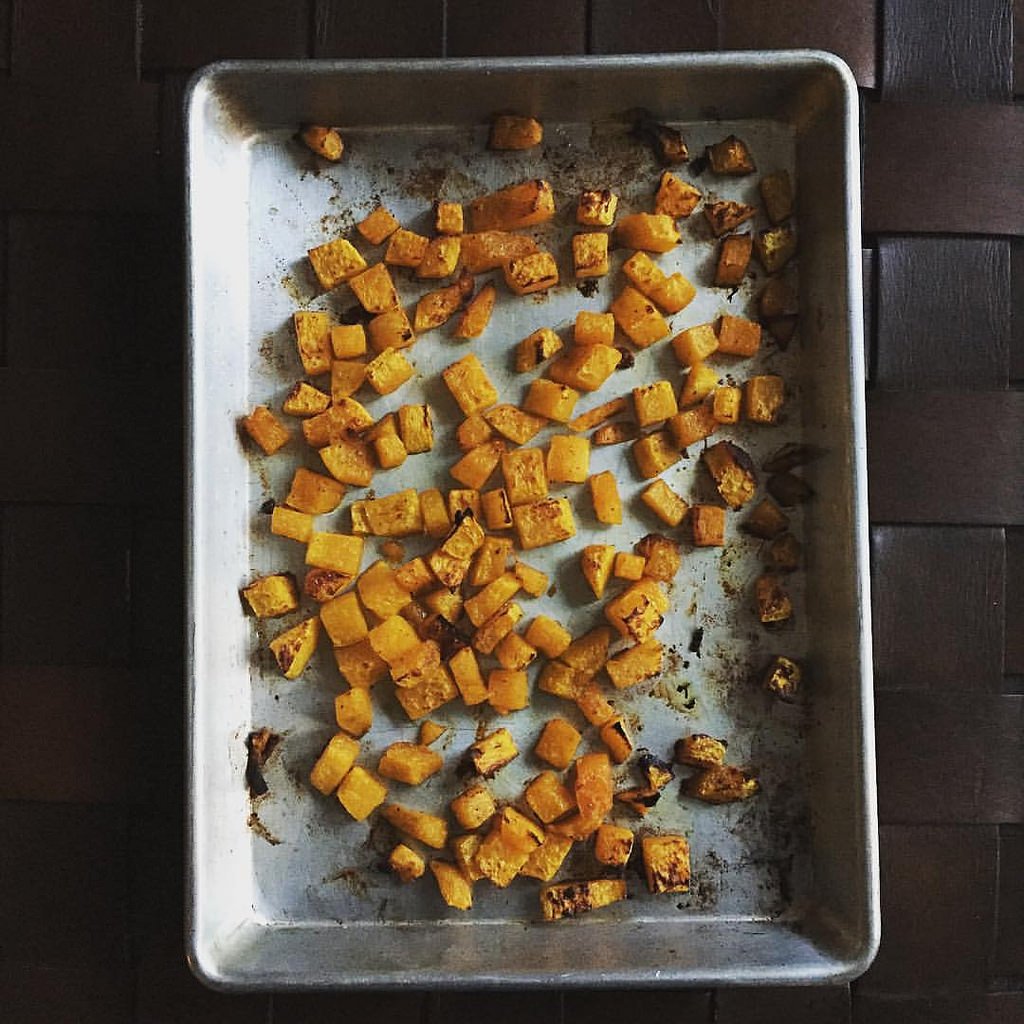 My love for croutons remains, but in recent years I’ve found that I feel better when I don’t eat a lot of bready things. I know that there are many others of you who are in this same boat. Instead of giving up croutons entirely, I’ve taken to giving other food the crouton treatment.

A favorite for crouton transformation this time of year is the butternut squash. I peel, deseed, and chop the squash into cubes the size of regular six-sided dice. They are tossed with olive oil, minced garlic, salt, and pepper, laid out in a single layer and roasted until crisp on the outside and tender on the inside.

While they don’t have the shattering crunch of a bread-based crouton, they are quite delicious in a salad of baby arugula, slivered red onion, and feta cheese.

Do you give anything other than bread the crouton treatment?