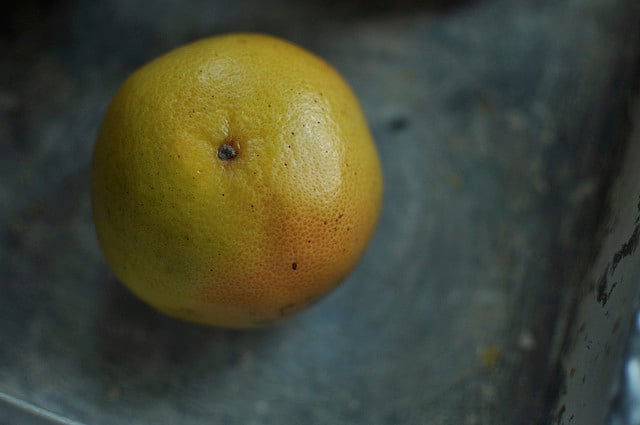 I have a bad habit of buying a mountain of fruit without much of a plan and then letting it sit around while I ponder and research. It doesn’t get me into too much trouble this time of year since apples, pears and citrus can store fairly well. It becomes more of a problem during the summer months, when things ripen at lightning speed. 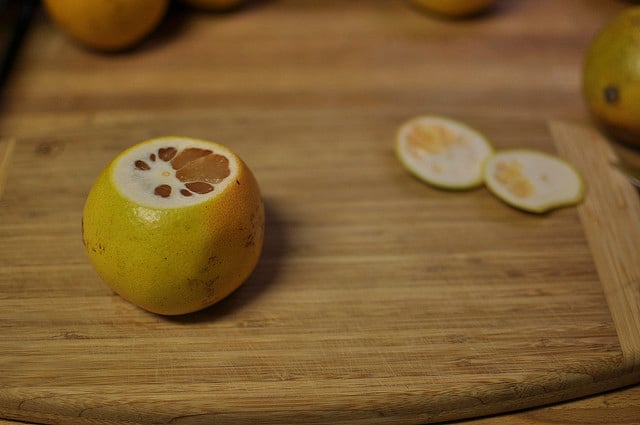 When I came across a tower of red grapefruit priced four for $1, I bought eight, figuring they’d keep until I determined how to deal with them. I tucked the bag into the back of the fridge while I considered marmalades, curds and jellies. By the time I came back to it, more than two weeks had passed. Thankfully, grapefruit are sturdy and so they didn’t suffer too terribly in the interim. 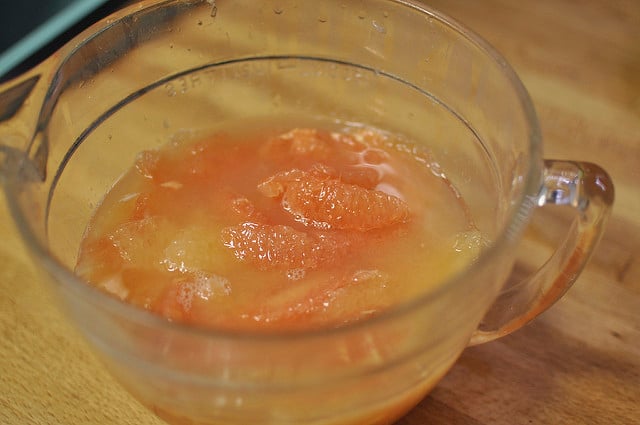 Because the fruit wasn’t organic, I decided against marmalade (always best not to use the whole fruit if you don’t know how it was treated) and instead opted for a grapefruit jam. I was inspired by the filling I made for this citrus tart a few weeks back. I also happen to love the flavor of grapefruit and I was hopeful that it would translate well to a spreadable preserve. 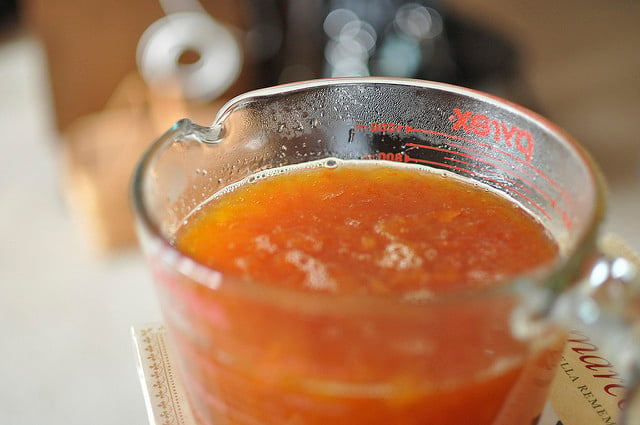 When it comes to grapefruit, I’ve never been one of those people who cuts it in half, carefully dusts it with sugar and digs it with a spoon. I eat ’em peeled and segmented, just like an orange. It’s a little messy, but truly, there’s no way to deal with a grapefruit that isn’t just a little messy. 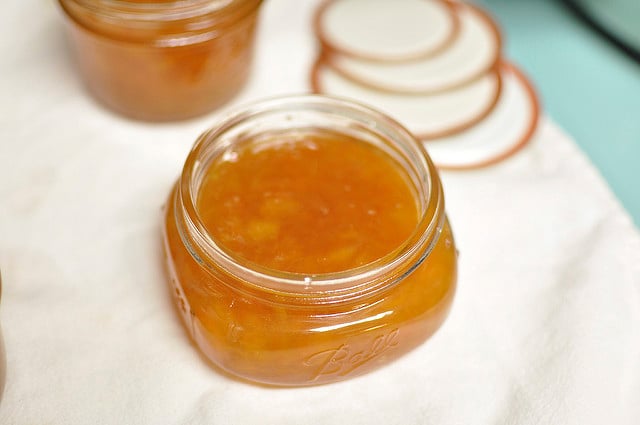 This recipe makes two pints (or four half pints if that’s your preferred measure). It’s a little bit of work to supreme the fruit (instructions here), but once that part is done, it cooks up in about 20 minutes like so many speedier jams. Spread on a buttered English muffin, it’s delivers the grapefruit flavor nicely, without the bitterness you get from marmalade. And though I like a hint of bitter on occasion, I was entirely fine not to find it here.