How To Check for Set With the Plate Test 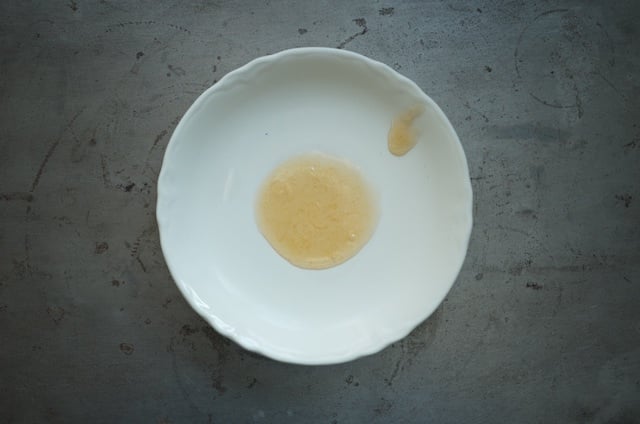 One thing I heard from a bunch of folks as they made their marmalade for the Mastery Challenge was that they struggled to find the set point. And I get it. Determining when you’ve hit the set point for jams, jellies, and marmalades can be kind of tricky, particularly if you don’t have a lot of batches under your belt.

You’ve got temperature, which is reliable most of the time, except when it isn’t (thermometers aren’t perfect and often they need to be calibrated). You can watch how the preserve sheets off the spoon or spatula, but what if you don’t know what you’re looking for? If you found yourself asking these questions as your made your marmalade, the plate test is for you. 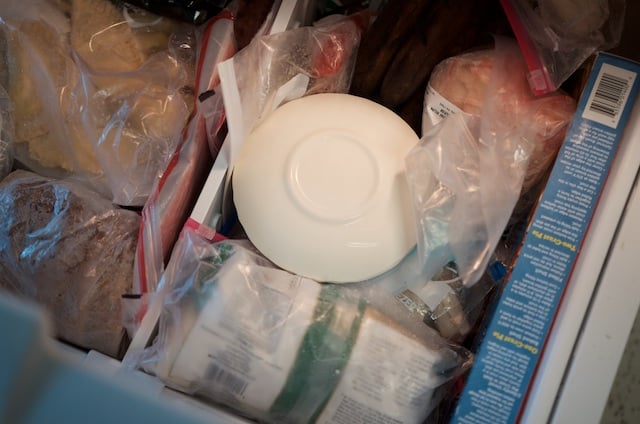 Also known as the freezer test or the saucer test, this is a method of checking for set that requires some pre-planning. You need to stash a couple small bowls, plates, or saucers in your freezer before you start cooking the marmalade, so that they’ll be nice and cold when you’re nearing the end of the cooking process. 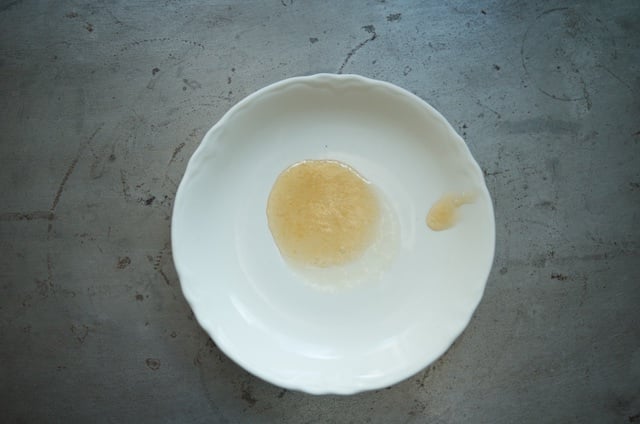 When you hit the point when you think the marmalade is finished, you remove the pot from the heat and dollop a spoonful of marmalade onto the frozen plate. Then, you return the plate to the freezer for a few minutes. This accelerates the setting process and gives you a peek into the future of your marmalade. 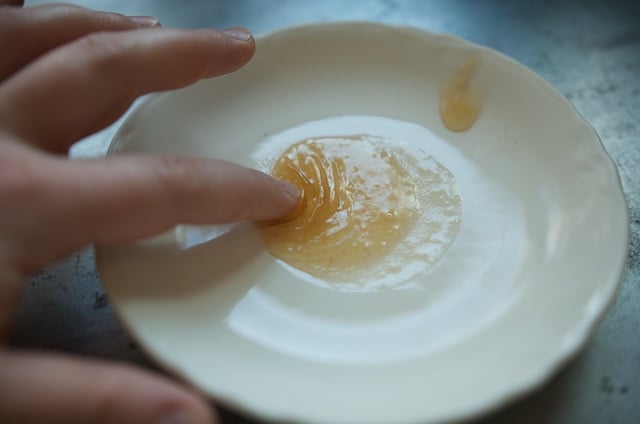 After those few minutes are up, you pull that plate out of the freezer and give the dollop of marmalade a nudge with the tip of your finger. If a set has begun to form, it will wrinkle when you push it (as demonstrated in the picture above). If that’s the case, it is done. If the marmalade hasn’t set, your finger will slide right through the dollop and you’ll need to cook the marmalade a bit longer. 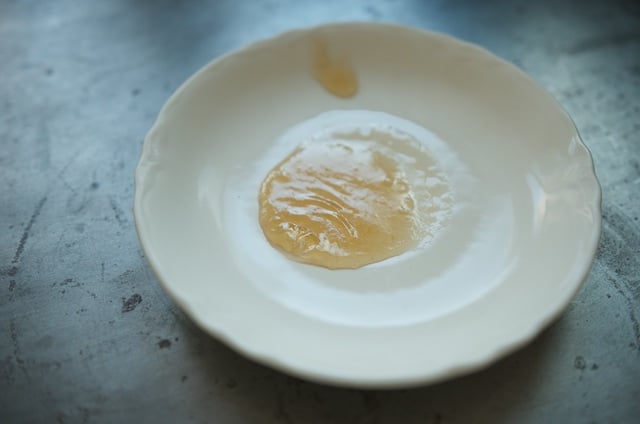 Do take care to pull the pot off the heat while you’re running this test. If you let the preserve continue to cook while you’re waiting to see if it’s going to set up, you run the very real risk of overcooking and scorching.