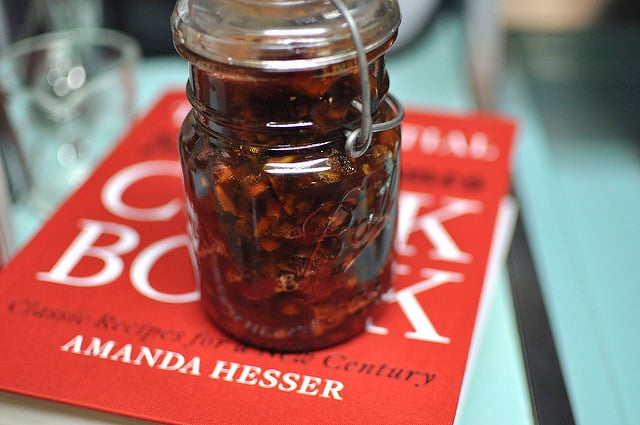 I’m not quite sure how it’s possible, but we’ve reached the end of the 2010 Can Jam. I’m not sure if I’m still even eligible to participate, since I’ve gotten my posts up past the deadline the last two times, but it felt strange not to finish things off, so I’m posting a contribution nonetheless. 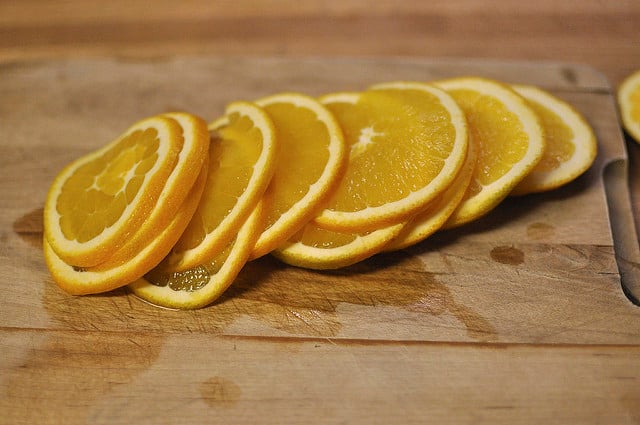 As you might guess, due to Wednesday’s potluck, I’ve had The Essential New York Times Cookbook

on the brain a bit lately. I’ve had my copy for about two weeks now and even before Amanda Hesser signed it, I found myself carrying it from room to room (granted, we really only have three rooms, so that isn’t as much of a feat as it sounds) so as to always have it near. You know, in case a recipe emergency struck. 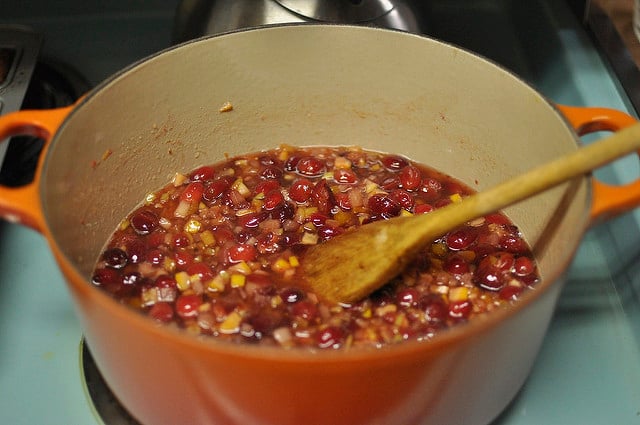 When it was time to determine what I was going to make for the December Can Jam, it felt right to turn to my new best-friend-in-book-form and see what it had to offer. There’s a whole chapter devoted to Sauces, Dressings, Condiments, Rubs and Preserves, so there was quite a wealth to choose from. Keeping the theme ingredient (dried fruit) in mind, I settled on a recipe for Cranberry Chutney. It called for dried apricots and was quite seasonal to boot. 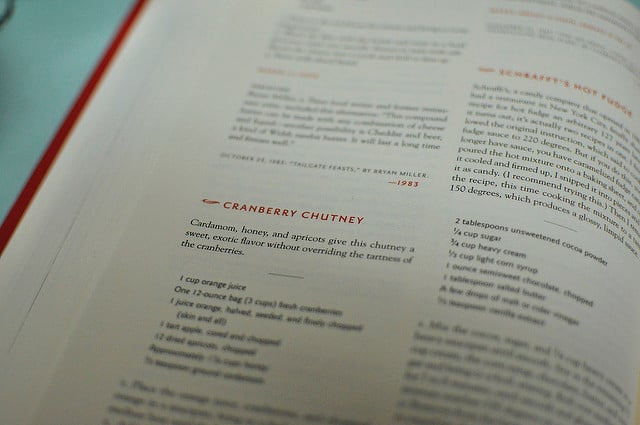 Originally designed as part of a low stress Thanksgiving meal, it’s a chutney recipe different from those I’ve encountered in the past. It does not include onions or vinegar, so it doesn’t offer the pucker or sweet-and-savory aspect that so many of us have come to associate with the word chutney. That does not mean, however, that it isn’t worth making. I found it to be quite delicious, though more akin to marmalade than chutney (whole, chopped orange will do that a palate). 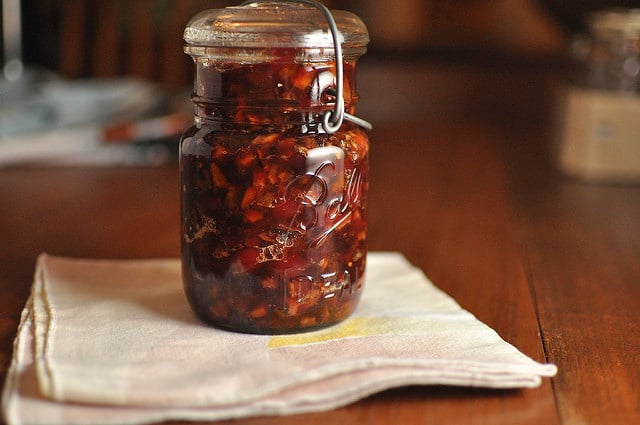 For once in my life, I followed the recipe fairly devotedly. The one place I deviated is that I did a bit of small batch canning with it. I kept one jar for the fridge (that’s the one you see above) and then filled as second (traditional, with a two-piece lid) pint jar with what remained and water bath canned it for ten minutes (using my handy little asparagus steamer). I did this because while it was quite tasty, there’s no way I’ll be able to work my way through two full pints quickly enough to merit that kind of refrigerator space. Because the recipe was written for Thanksgiving, it did not include directions for canning. However, the recipe is made of up a cacophony of high acid ingredients, so there shouldn’t be a problem. For even longer shelf stability, you could replace some of the honey with sugar.

The recipe is after the jump. 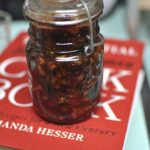 35 responses to “December Can Jam: Cranberry Marmalade with Dried Apricots”