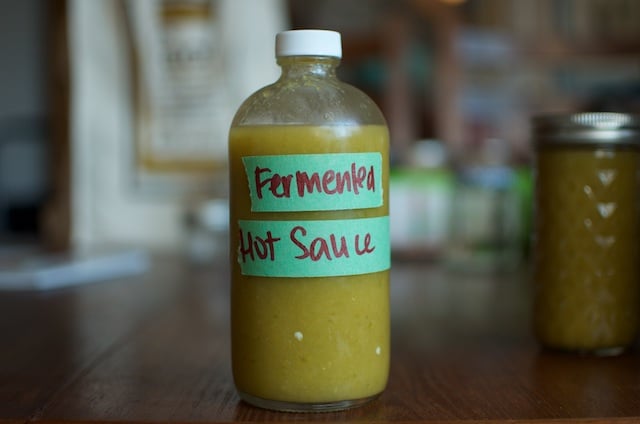 I made my first batch of fermented hot sauce in 2012. It was one of my very earliest fermentation projects and while technically the making of it was uneventful, the finished batch was so incredibly spicy that even one drop gave me immediate heart burn. At the time, I figured that homemade hot sauce just for me and moved along. 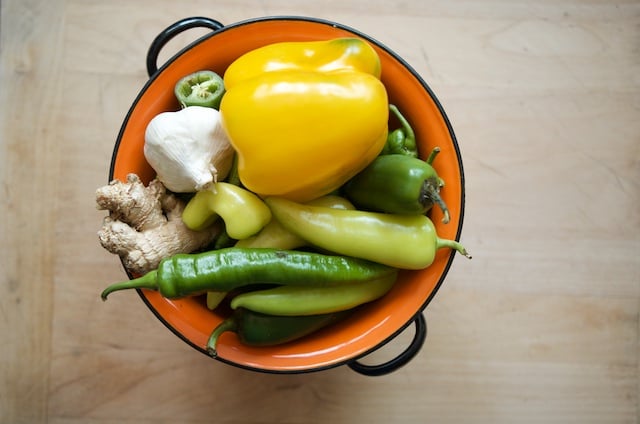 Then last fall, I was visiting Alana and had a chance to taste her hot sauce. It was bright, funky, spicy,  and made everything it touched just a bit better. I decided that I’d give making my own another try when next I had the chance. 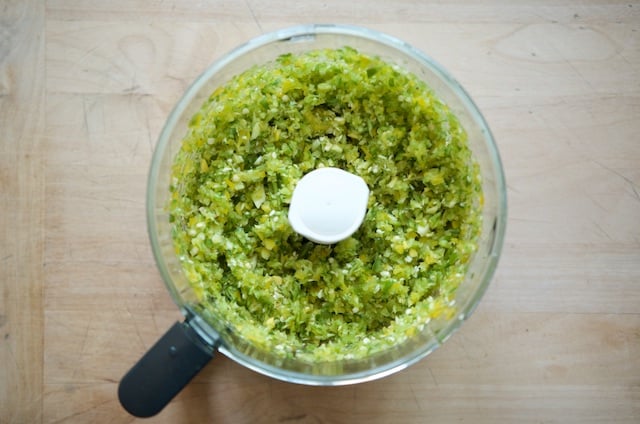 Well, that chance finally came earlier this month. My September Philly Foodworks share included a pound of hot peppers and a pound of sweet. Wanting to avoid my previous error and not make a sauce that would incinerate my digestive track, it appeared to be the perfect combination of ingredients. 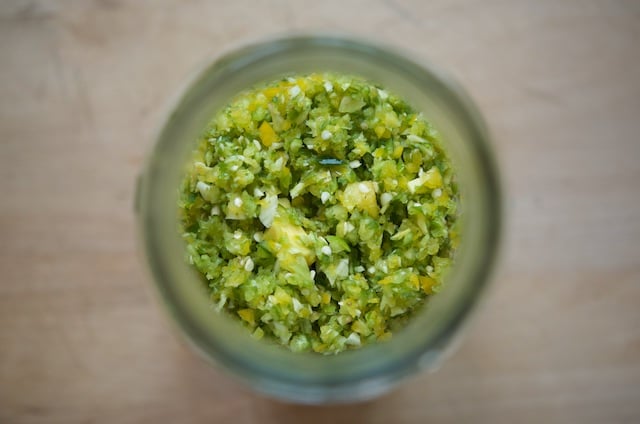 I took inspiration from a number of sources for my batch. I referenced Alana’s post, took a little inspiration from Well Preserved, and also made sure to see how Amanda over at Phickle does it. (By the way, all three of those bloggers have books coming out soon. Alana’s and Amanda’s books are hitting this month. Joel and Dana’s book will be out in the spring). 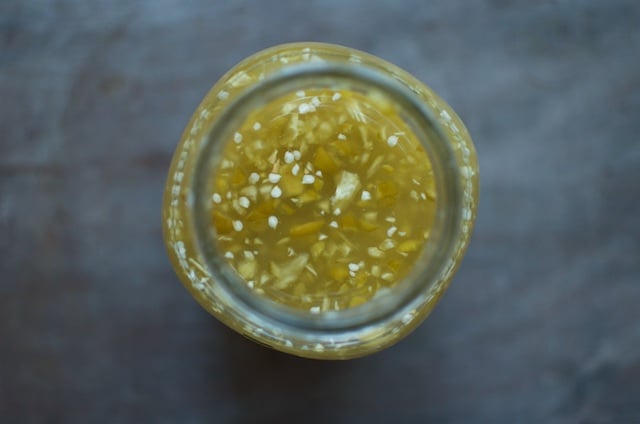 After reading their various techniques and mixing it up with what I generally know about fermentation, I started my batch. I chose to make a brine (1 quart filtered water and 3 tablespoons fine sea salt) rather than directly salting so that I’d end up with a goodly amount of liquid for my final puree (I like a drippy sauce rather than a chunky one). 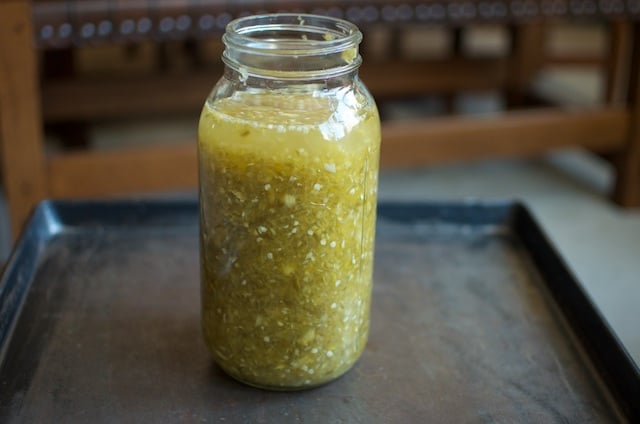 I combined the peppers (sweet and hot), a full head of garlic (peeled, of course), and a big hunk of ginger in the bowl of my food processor and pulsed until I had a relatively uniform mash. I scraped it into a half gallon jar, added the brine, popped an airlock on top, tucked it into a corner, and forgot about it for a couple weeks. 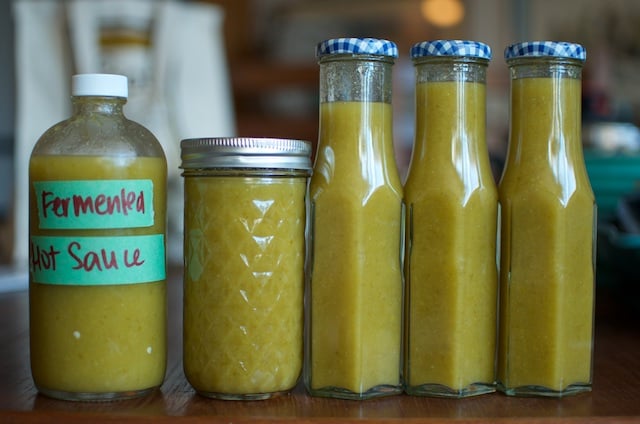 I deemed the sauce finished when it had gone from bright green to olive drab, it was super tangy, and I found myself entirely happy to sip the liquid from a spoon. I divided the sauce into two batches, ran it through the blender, and was done. While different from the sauce that inspired it, it is still bright, tangy, and so, so good. 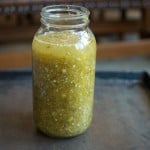 After the fermentation process is finished, the pH of the sauce is typically low enough that you can heat the finished sauce, funnel it into jars, and process it in a boiling water bath canner for 15 minutes if you want it to be shelf stable.
This treatment will kill off the probiotic bacteria in the sauce, but if you can't spare the fridge space for your sauce, it is a way to make it stable and stashable in the pantry.