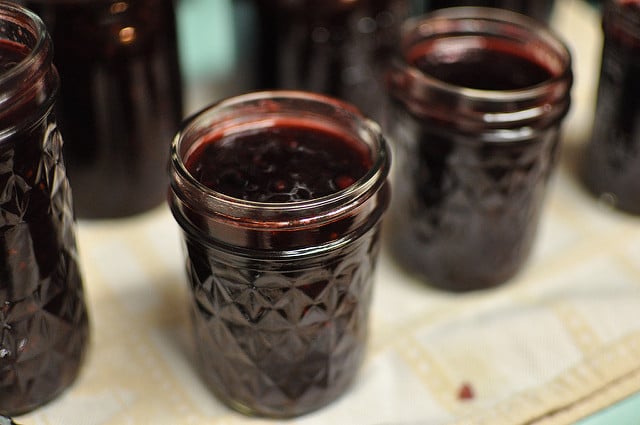 Blackberry season has come to the mid-atlantic region and I couldn’t be more delighted. I spent my childhood foraging blackberries in the Oregon brambles and those sweet, tart, juicy berries are some of my favorite summer fruits. While they don’t grow wild out here in Pennsylvania in the same way they do out west, I’m lucky enough to have a good pick-your-own location. 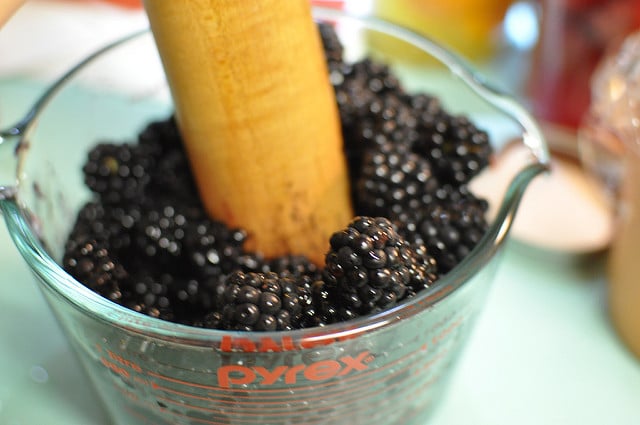 The weekend before last, I picked just over eight pounds (and had a lovely couple of hours outside with my friend Shay). I spent the week eating them crushed into yogurt and straight out of the container. By Thursday night, it was time to turn them into something longer lasting. I smashed up a bunch, until I had a generous four cups of smashed berries. 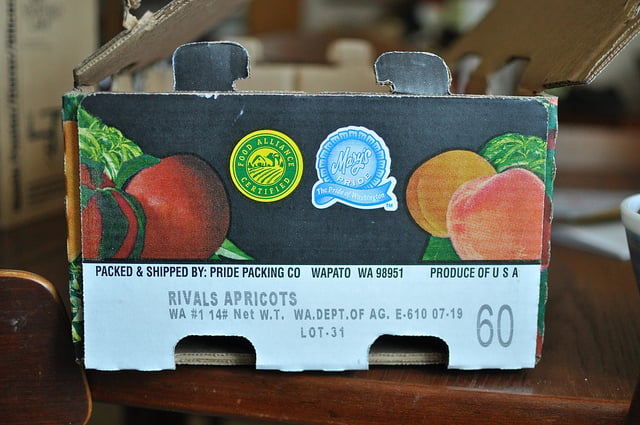 I combined the four cups of mashed berries with four cups of apricot puree. Those apricots were lovely, juicy things that came to me via the Washington State Fruit Commission. They’ve just launched a website called Sweet Preservation that is dedicated to the art of canning and fruit preservation. Several weeks ago, they invited me to be one of the “CANbassadors” and help them spread word of this new resource.

Having gone to college in Washington State (go Whitman!), I’m happy to do what I can to lend my support. I also made whole canned apricots in a honey-vanilla syrup and pickled sweet cherries from the goodness that came in the box above. Stay tuned for those recipes, they’ll be rolling out over the next week. 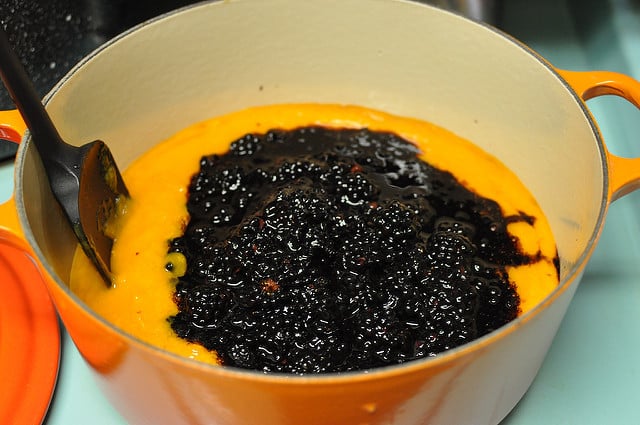 In the past, I’ve been something of a single fruit jam kind of girl. I like my preserves fairly simple and tasting of the fruit that it is. However, I’ve already made apricot jam, apricot butter and blackberry jam this season. But I had a hunch that a marriage of the two would be an interesting and worthy pursuit. Happily, I was right. This jam turned out to have the sweetness of the apricots and the tart, juiciness of the blackberries. 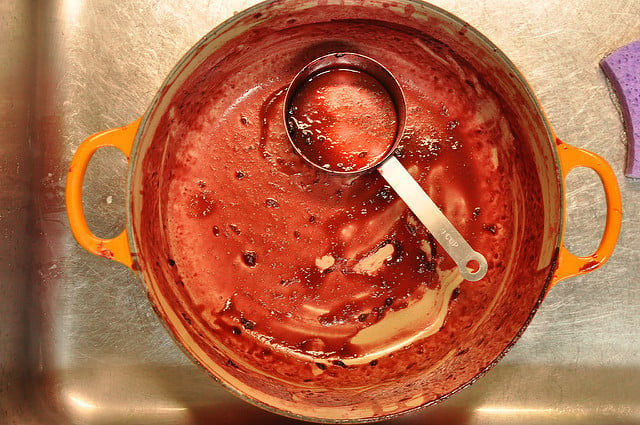 Typically, when I make blackberry jam, I seed the blackberries by pushing them through a fine mesh sieve so that all the fruit and pulp winds up in a bowl and the seeds are left behind in the strainer. This time, I chose to include the seeds, since the apricot was there balancing things out. I find the seeds add a nice textural interest. However, if you aren’t a fan of seeds in your jam, you could absolutely use seeded blackberry pulp. 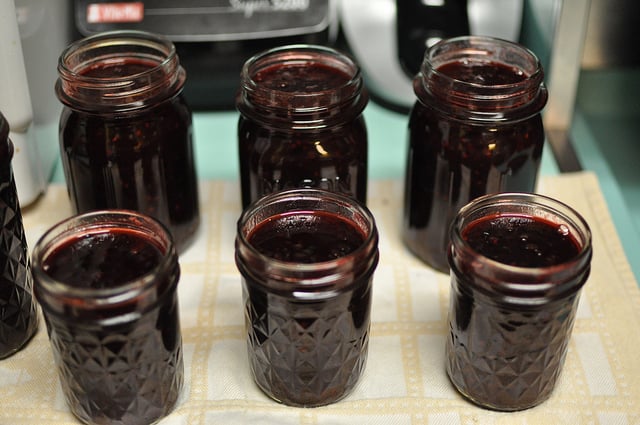 Just so you know, as I wrote this post, I found myself struggling to remember what this jam tasted like (I’ve made a lot of jam lately). So I did was any good canner would do. I popped opened a jar to remind myself. That led to five minutes of eating the jam out of the jar with a spoon. It is that good. The open jar is sitting right next to me. As soon as this recipe is published, I’ll be back in the kitchen, looking for something upon which to slather it. 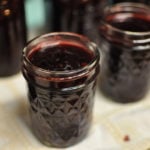