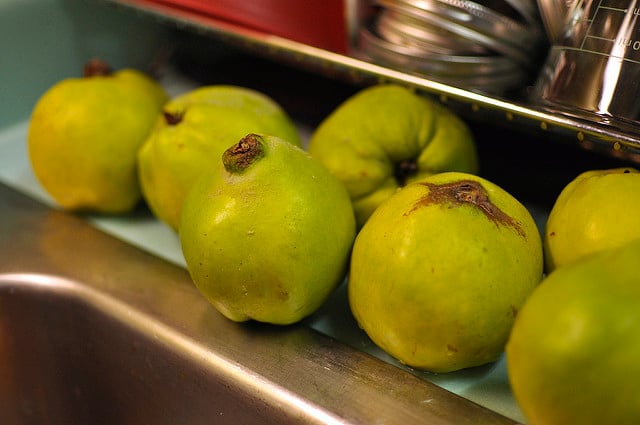 It took me years to figure out that quince were edible. During my middle school years my family lived in a house that, years before, had been owned by a botanist. She had planted beautiful and exotic trees all over the property, many of which were impressively mature during our time there. Towards the back of the property, there was a cluster of fruit trees we optimistically called “The Orchard.” 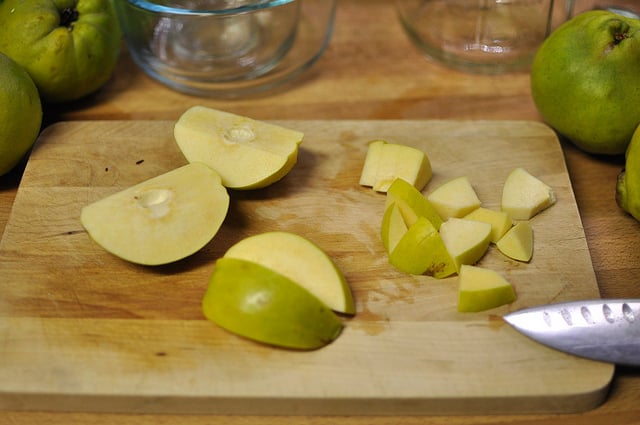 There were four unidentified apple trees, a bedraggled pear tree that only produced one mealy piece of fruit per year and a mysterious tree that produced rock hard furry pieces of fruit that we had no idea what to do with. Season after season, we let these dense, inedible fruits ripen and rot. 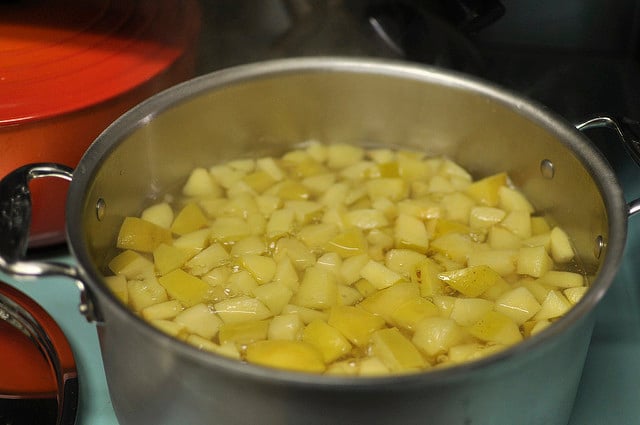 It wasn’t until last year did I finally made the connection between that old tree and the fruit I’d come to know as quince. As soon as I realized what we had had and squandered, I felt a bit mournful. If I ever come across a feral quince again someday, I won’t make the same mistake. 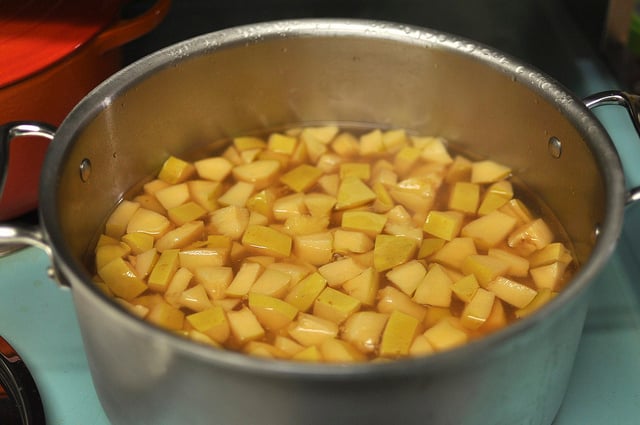 If you’ve never worked with quince, here are a few things you should know. When it is ripe, it smells incredibly fragrant, clean and floral. However, for as good as the fruit can smell while sitting demurely in a bowl on the counter, during the cooking process it goes through a period of time when it releases a terrible scent, akin to my sister’s dirty feet.

It’s also challenging to cut and clean. The flesh is dense and resists the blade of the knife like the dickens (to use a phrase of my father’s). It requires a good deal more force than the apples and pears we’re all used to and so you’ve also got to be increasingly wary not to slip and cut yourself. I’ve come close a number of times. 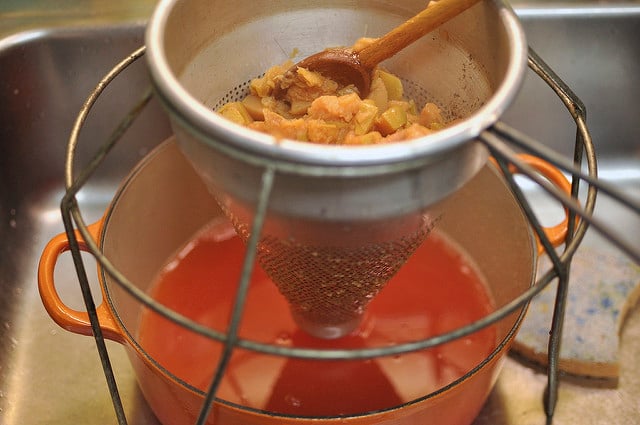 Quince is best known as the main ingredient in membrillo, a vividly hued paste that’s most popular in Spain as a accompaniment to cheese. It also makes an excellent jelly, because it’s so rich in pectin that it needs little else to set up into a delicate, spreadable condiment. What’s more, if you boil the fruit with water to extract the juice, you will still have a great deal of pulp leftover, which can become part of a jam or sauce. I combined mine with four cups of cranberries and now have four pints of tart, floral sauce, some of which is headed straight for our Thanksgiving table (that recipe will be up tomorrow). 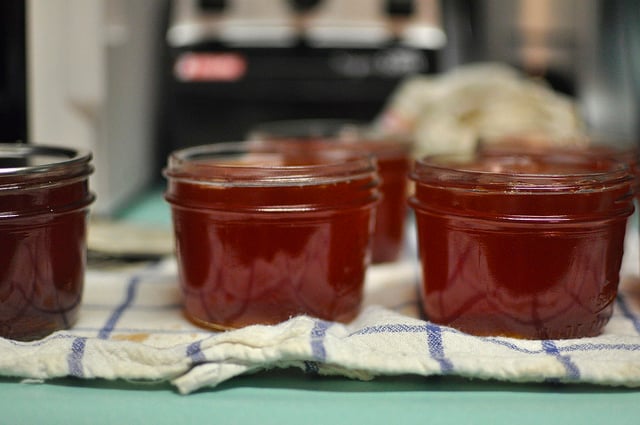 Yesterday, I took four different varieties of my preserves to a cheese tasting that my friend Tenaya organized. Let me tell you, this quince jelly was so, so good paired with a Spanish goat cheese called Idiazabal (please don’t ask me to pronounce it). With Thanksgiving coming up, I can also imagine it smeared on a piece of leftover turkey to very pleasing results. 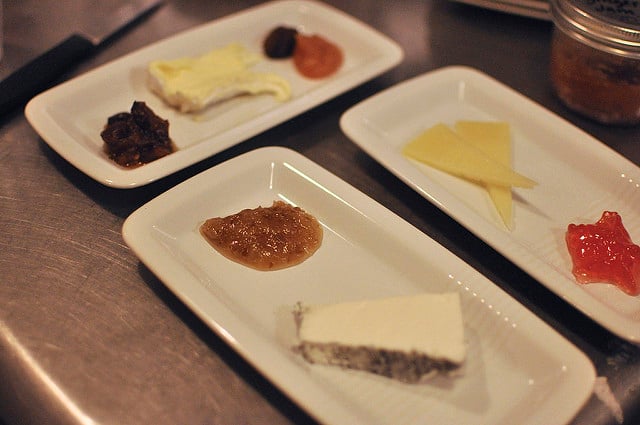 The recipe I used is after the jump. Since there’s no additional pectin here, you can scale the recipe up or down as needed. However, I wouldn’t increase the size of the recipe too, too much, as it will then take more time to cook the jelly to the correct temperature. 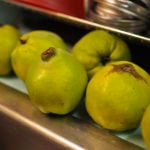 To make the jelly: