Jar Storage: Sheet Pans and the Space Under the Couch 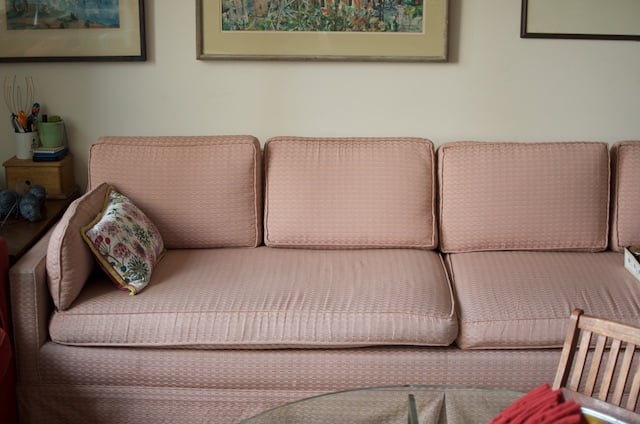 This is my couch. It once belonged to my grandparents and family lore dates it back to around 1960. When I was very young, it was covered in a burnt orange upholstery. Sometime in the mid-eighties, my grandmother had it recovered in the very pink fabric you now see. 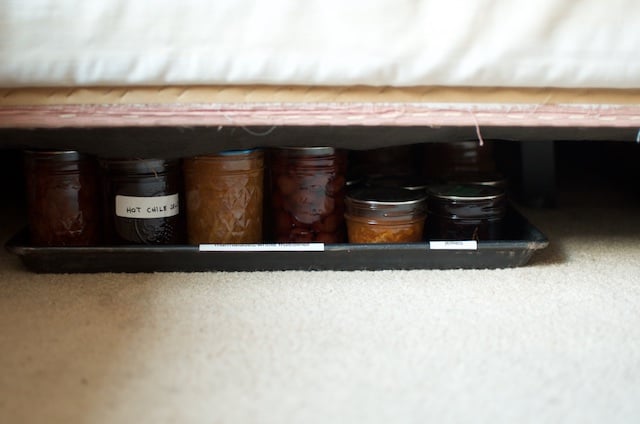 Some might thing that after 55 years of service, it would be time for a new sofa, but I disagree. I am never getting rid of this couch (though it may well get another upholstery job sometime in the new future). It is impossibly comfortable (it is ideal for napping, sleeping even my 6’4″ husband comfortably), is built like a beast (our Pottery Barn loveseat is falling to pieces after two years. This one has served for a half-century), and best of all, has magical storage space underneath. 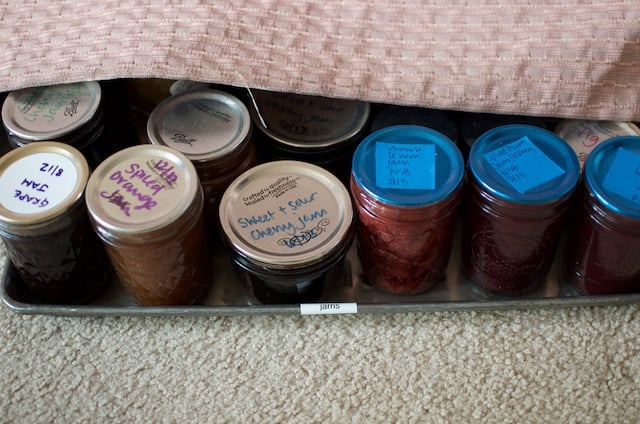 I’ve had boxes of jars and preserves stuffed under this couch for years now, but it was always a haphazard arrangement. It was hard to keep track of what was down there and fishing out the exact box I was looking for was forever an exercise in frustration. A couple times I drove myself crazy looking for jars from a particular batch of chutney, finally discovering they were tucked away in the far corner under the couch. 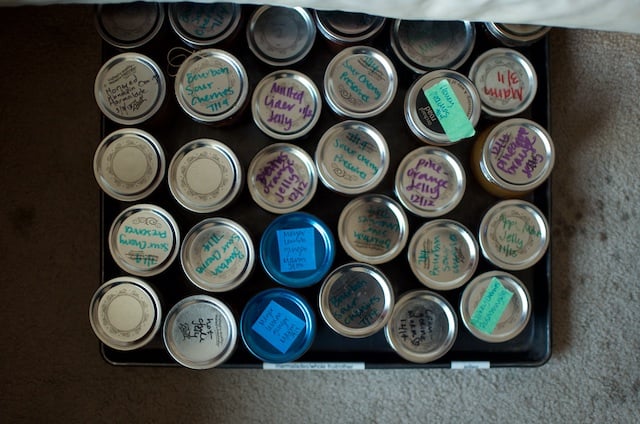 Then a solution fell in my lap. I ordered a lot of seven old sheet pans from eBay in my on-going search for good photo backdrops (well-worn metal being a prized surface among food bloggers). My original intention was to keep just one or two. However, once they arrived, I started wondering what other role they might be able to serve. 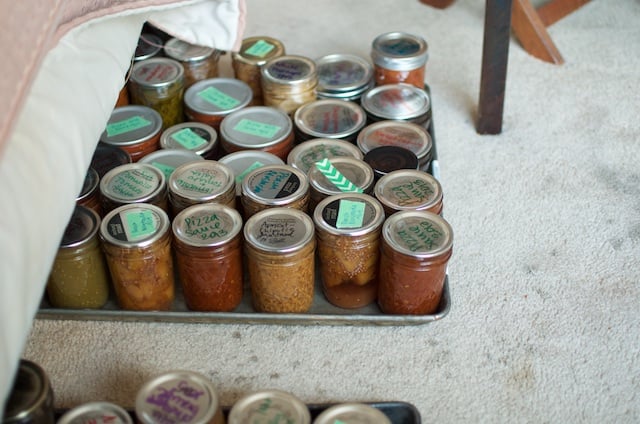 In a flash of genius, I realized that I could pull all the boxes out from under the couch and replace them with the sheet pans. It would be easier to slide the jars in and out and since I already label my jars on the lid, I’d be able to find the exact jar I was looking for with a single glance. 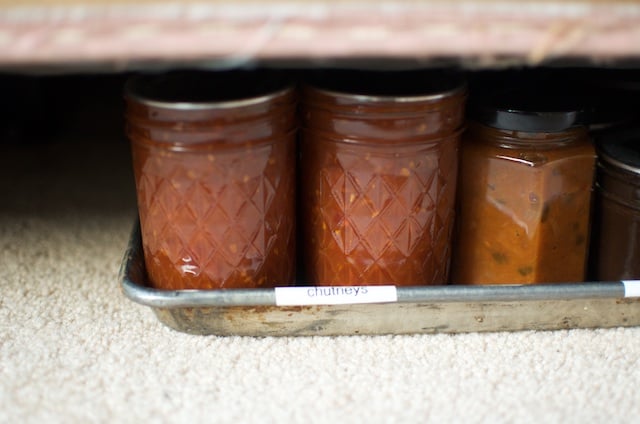 And so, I started pulling my various jar storage mechanisms apart. It was one of those projects that felt insane halfway through. I had boxes and jars all over the apartment. I categorized, purged elderly jars, and even found a couple preserves that had lost their seal. My husband made a comment about productive procrastination (I do have a book manuscript due in just six weeks), but endured the days of chaos without complaint. 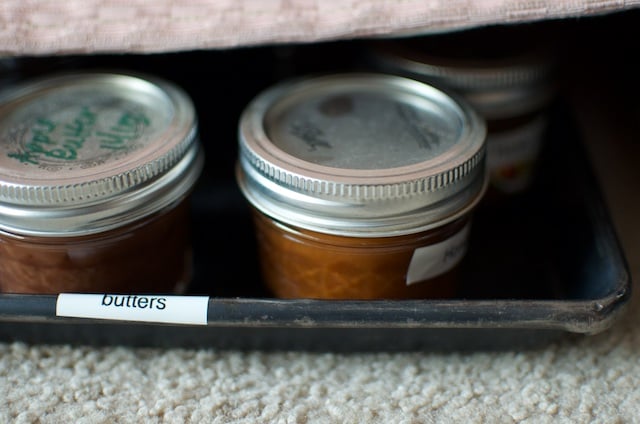 What I have now is a really workable storage system for half-pint jars (my couch isn’t quite tall enough to accommodate anything larger). They’re sorted into jams, pickles and chutneys, butters and marmalades, and jelly, syrups and whole fruit. While this doesn’t house the entirety of my pantry, it’s a goodly chunk and for that, I am grateful.

Tips to Implement Something Similar

Now, it’s your turn. What creative approaches do you use to keep your homemade pantry organized and contained?

22 thoughts on "Jar Storage: Sheet Pans and the Space Under the Couch"