Canning 101: The Easiest Way to Peel Tomatoes (Peaches Too!) 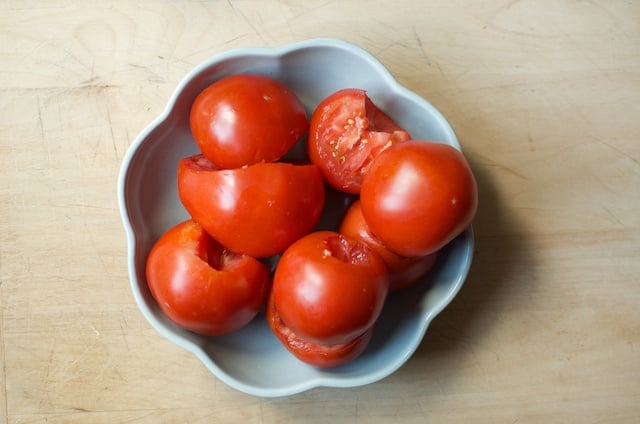 Let’s talk about my favorite way to quickly peel tomatoes and peaches. I mention this technique a lot when I teach classes, and even wrote about it in this post in the context of peeling peaches, but as I broke down a few pounds of tomatoes today, thought it might just bear repeating. 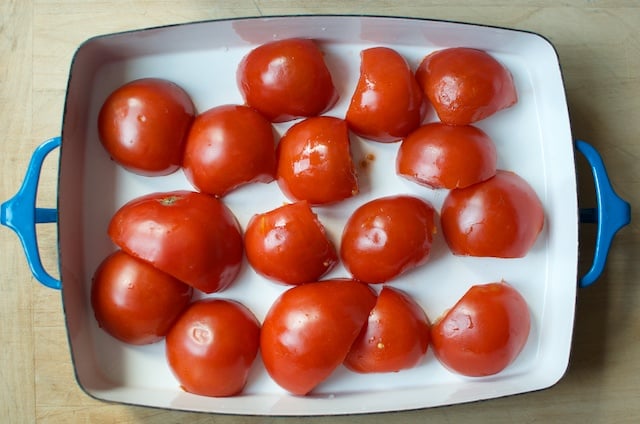 Instead of bringing a big pot of water to a boil in order to blanch and peel tomatoes before turning them into a preserve, when I have a relatively small batch to peel, I do this. I trim away any soft spots, remove the cores from the tomatoes and cut them in half. Then, I arrange them cut side down in a heat proof baking dish. 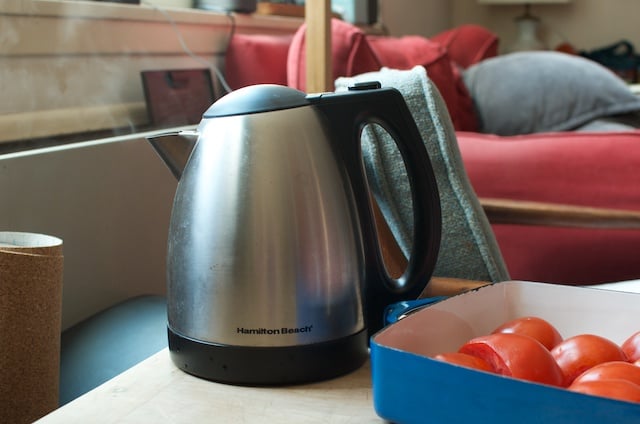 While I’m prepping the tomatoes, I fill up my trusty tea kettle and bring it to a boil.

When the water comes to a boil, I pour it over the tomatoes. You don’t need to fully submerge them, but you do want enough water in the pan so that it doesn’t cool down too quickly. 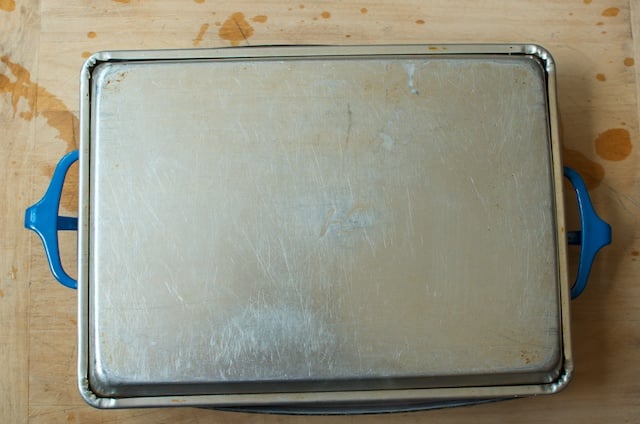 Then, I slap a cookie sheet over the tomatoes to trap the heat and leave the whole thing alone for 10 or 15 minute, until the tomatoes have cooled down enough to handle. 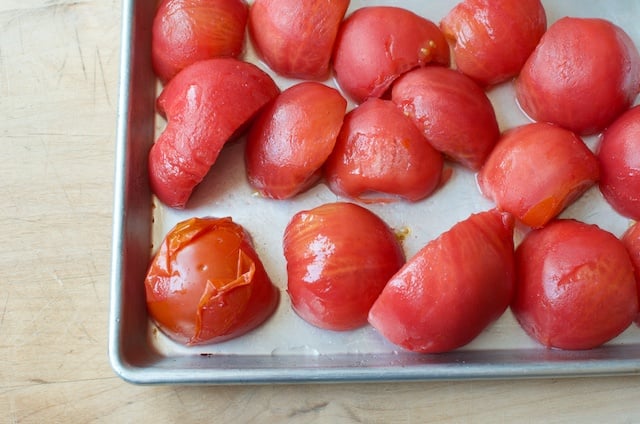 Drain the tomatoes and peel. The skins should slide right off and leave you with perfectly peeled tomatoes, ready to be turned into salsa or cooked down into a small batch of pizza sauce (that recipe is in Preserving by the Pint!). 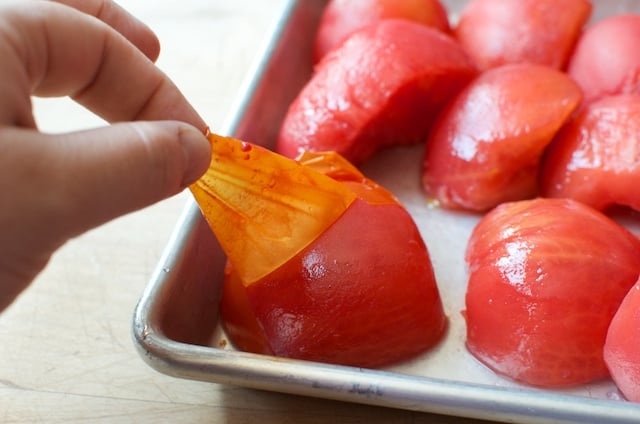 Of course, this technique really only works for smallish batches. If you’re prepping ten or more pounds of tomatoes sauce, heating up the big old blanching pot is still going to be your best bet.

What tricks do you guys have for easily prepping summer fruit for canning?

25 responses to “Canning 101: The Easiest Way to Peel Tomatoes (Peaches Too!)”