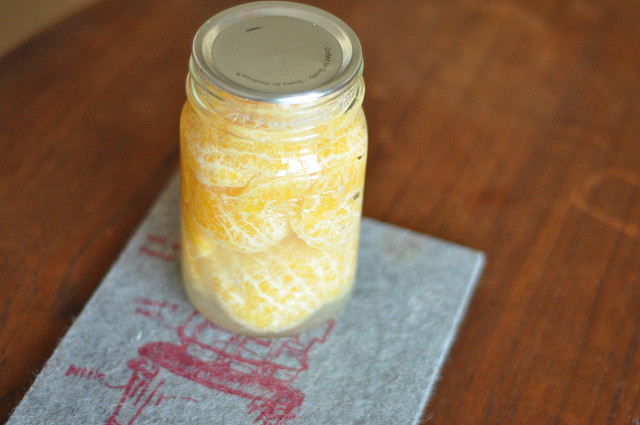 Last week, when I wrote about my recent experience canning clementines, a number of people (both in person and in the comments) asked about how well they stored and tasted. In the interest of science (and your ability to accurately stock your pantries), I cracked open one of my jars today, to eat with my lunch and see how well the clementines were storing. 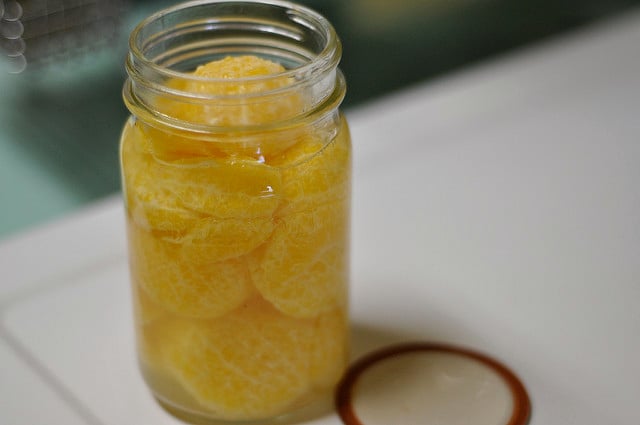 The one thing that’s decidedly different about my canned clementines, when compared to the commercially canned ones, is that I didn’t remove the segment membranes. In fact, when I first pondered this project, I briefly considered hand-peeling each clementine sliver, in an attempt to make them as authentic as possible. But being that I’m essentially a lazy canner, I quickly abandoned that idea.

While looking into how the commercial guys do it, I discovered that they soak their mandarins in a lye solution, which eats the membranes away. Makes you think twice about buying those little cans, doesn’t it? 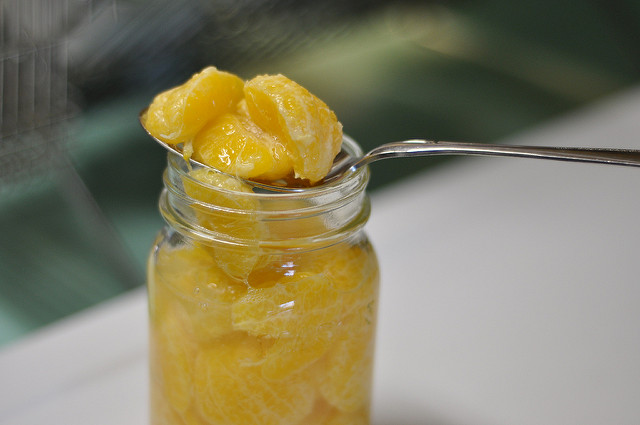 So, how did they taste? They were good. They were juicy and flavorful. As one would expect, they had that slight cooked fruit taste that is the by-product of the boiling water bath, but with none of that metallic tang that comes with commercially canned fruit. They weren’t excessively sweet (since I used the lightest syrup possible). While eating, I was reminded of how important it is to use the best and most freshest ingredients possible when canning, as I could absolutely tell the different between a clementine segment that had come off a piece of fruit that was zingy with life and one that was a bit tired. 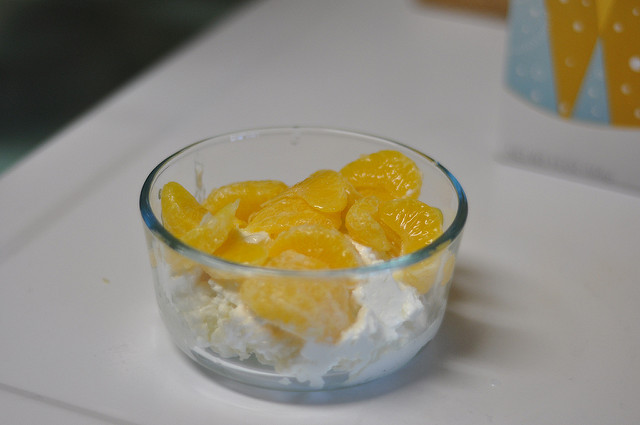 All in all, I’m really pleased with my canned clementines. I plan on doing at least one more batch before the season is over. Next time, I think I’ll flavor the syrup with a bit of ginger and I’ll separate each segment, as opposed to canning them in halves and quarters (the texture of the individual segments was just slightly better than the fruit canned in clinging halves).

I’m delighted to have discovered a way to have my favorite fruit and cottage cheese lunch, without making too much waste or eating fruit that once took a bath in a pot of lye.

27 thoughts on "Canned Clementines: A Report"