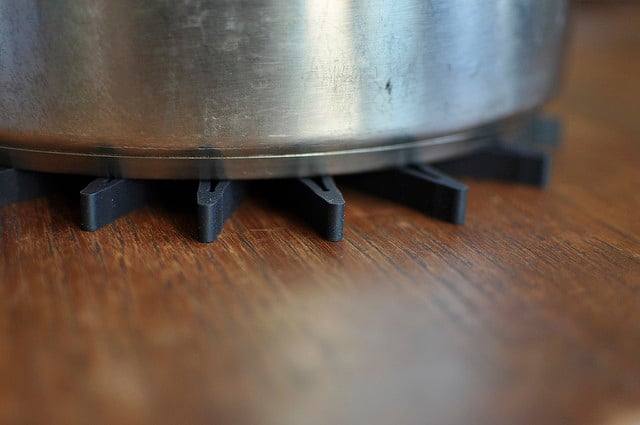 My favorite canning pot is a basic stock pot with a flat rack dropped into the bottom. I moved to this system a few years ago, after rusting through a traditional enameled pot. The one weak point in this set-up has always been rack. I typically use a round cake cooling rack

and I’ve found that I have to replace it at least once a season because it eventually rusts into pieces. What’s more, as it rusts, it releases metallic crud into the water that leaves residue on the outside of the jars. It was not ideal. 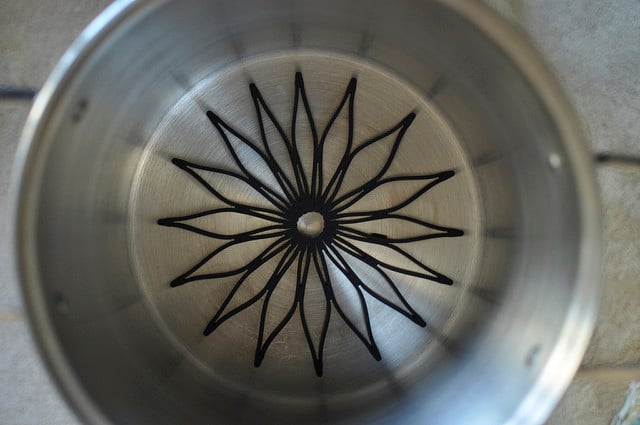 As I thought about how to solve this problem, the idea of a silicone disk popped to mind. It would be resistent to the heat levels, would do the job of lifting the jars out of contact with the heat and if it had enough holes in it, would also allow the water to circulate sufficiently around the jars. At first, I tried a basic round silicone trivet that I had in the drawer, but it wasn’t perforated enough and made a horrible amount of racket as the boiling water pushed it off the bottom of the pot. 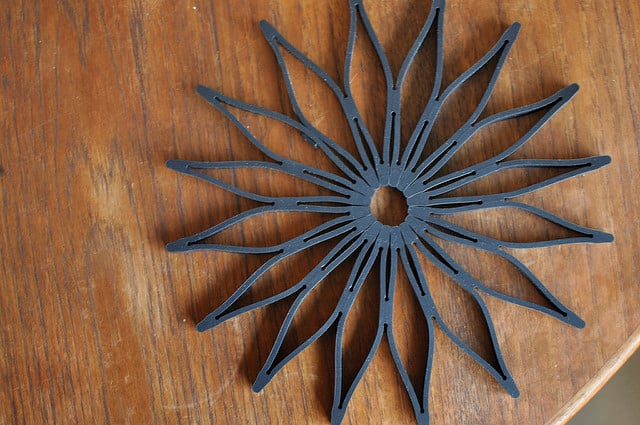 So I searched until I found this flexible, flower-shaped trivet

. Made of silicone, it hits all the marks. It keeps the jars off the bottom of the pot, allows the boiling water past and doesn’t break down into the water. So far, it’s been positively ideal. And for $9.99, it was a fairly inexpensive solution to a problem that’s consistently vexed me.

What’s your most creative canning solution?

96 responses to “A New Canning Rack”