Marmalades From the Archives 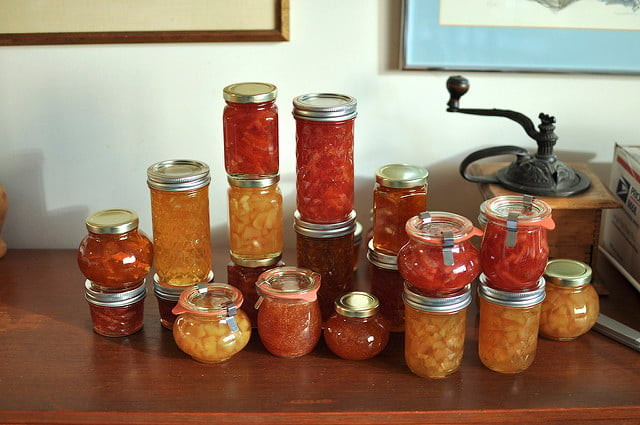 For the last couple of weeks, I’ve been working flat out on a project for my publisher. Sometime next year, they’re going to be releasing a book dedicated to marmalades and so I’ve been testing a dozen of the recipes and making them look pretty for the upcoming photo shoot.

This means that I’ve been up to my elbows in citrus and yet don’t have a single thing to share with you folks. So let’s take a look at some of the marms I’ve posted in the past.

Small Batch Kumquat Marmalade. Yes, I realize I just posted this one last week. I didn’t want it to feel left out.

Cranberry Marmalade. Though the cranberry-based holidays are over, if you love tart and tangy spreads, this one is for you.

Three-Citrus Marmalade. This recipe represents the technique I use for the bulk of my marmalades these days. It yields deep but not too bitter preserve.

Honey Lemon Marmalade. I love the flavor that this recipe yields, though I think that if I were to make this one again, I’d double the water and let it cook a little longer, so that the lemon gets a chance to soften more.

There are two other marmalade recipes deep in the archives of this site, but honestly, they were made in my very beginning marmalade days and I’ve discovered that those recipes just don’t work as well as the ones above.

37 thoughts on "Marmalades From the Archives"