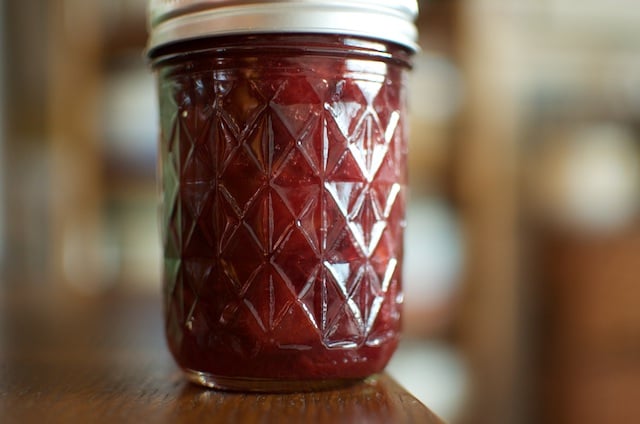 A couple of weeks ago, just before I left on my trip to Portland, I hit a familiar preserving wall (I bash into it at least once a summer. And sometimes more than once). I had a fridge full of fresh produce, stonefruit ripening on the counter, and I had just a day and a half before I was leaving town. 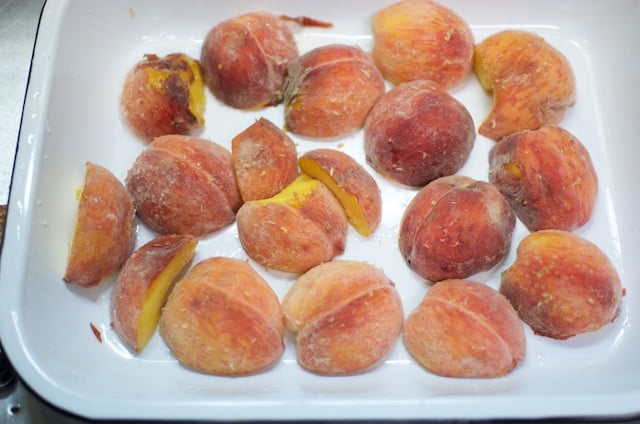 There was no time for careful preserving, with long maceration times. I needed to prep as quickly as possible and fling everything into the pot. I peeled the three pounds of peaches that my friend Audra had given me from her tree by cutting them into halves and quarters, lining them up in a baking dish and pouring boiling water over them. 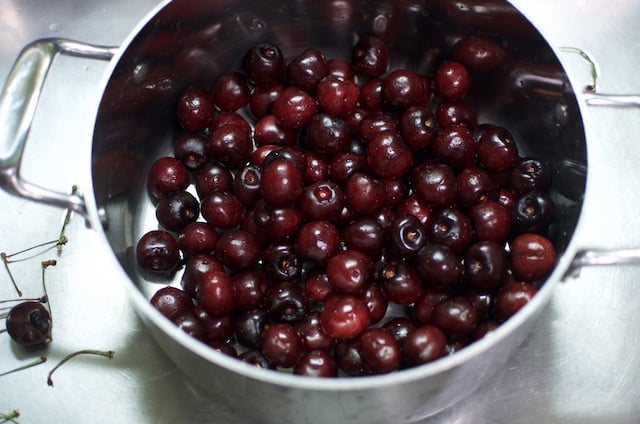 I pitted the cherries (these were from my July Philly Foodworks share) by heaping them into a pan, adding a tiny bit water, and simmering them for 10 minutes. Once they were cool enough to handle, I plunged my hands into the warm fruit and pinched the pits out. My fingernails were stained for days, but the cherries took less than 8 minutes of active work. 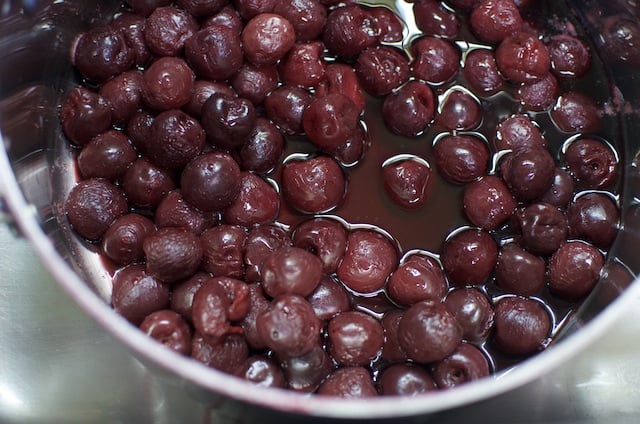 I combined the peaches, the pitted cherries, and any juice left in the cherry pan in a large measuring cup to see how much I had and found that I had exactly 8 cups of fruit. I poured the fruit in my beloved maslin pan and spent a moment thinking about sugar. 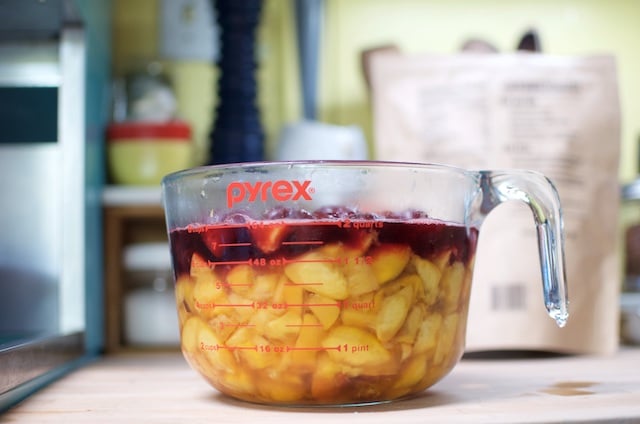 As you may have noticed, I’ve been making lower and lower sugar preserves, mostly because I want to be able to eat what I make and I don’t always want to be eating fruit with an equal measure of sugar. I’ll often use Pomona’s Pectin in order to get a good set with minimal sugar, but this time, I just didn’t feel like bothering with pectin at all. Instead, I decided to add 2 1/2 cups of sugar, boil the heck out of it, and be happy with whatever set it ended up with. 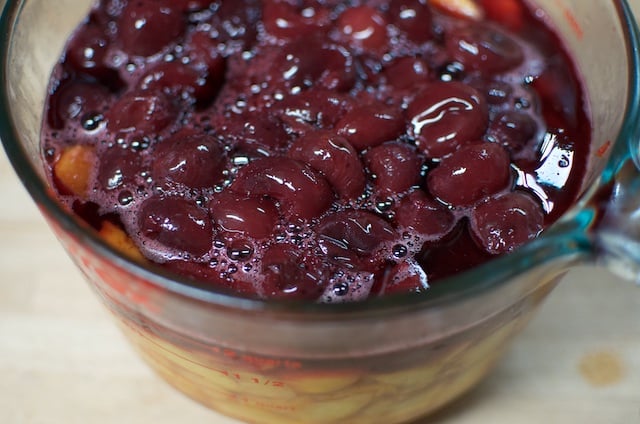 After about 40 minutes of vigorous cooking, I ended up with 6 half pints of deep red preserves. It has a very soft set, but isn’t so loose that it can’t wear the catch-all preserves handle. It’ll be a good one for eating with yogurt, cottage cheese, or oatmeal come fall and winter, and I wouldn’t be at all ashamed to tuck a jar or two into gift baskets. 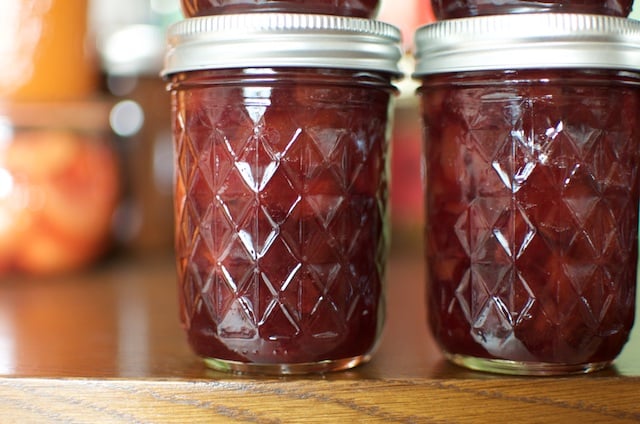 Note: Because the peaches I used in this preserve were a tiny bit tangy, I didn’t use any lemon juice in this preserve. However, if your peaches are quite sweet, a drop or two wouldn’t go amiss. Additionally, you could easily spice this one up with a touch of ginger or cinnamon. 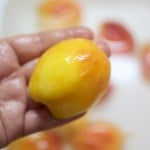