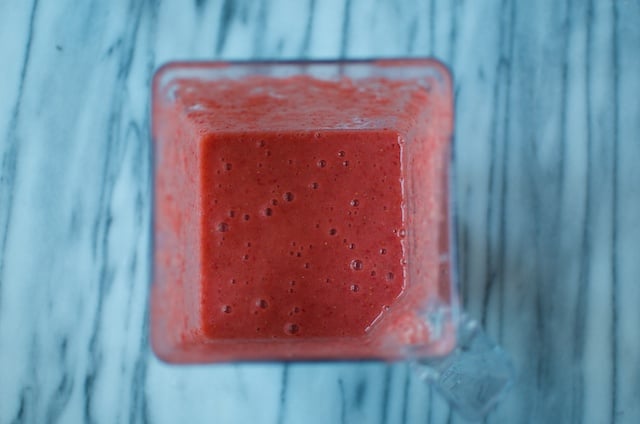 For weeks now, I’ve been meaning to write up my recipe for the strawberry maple butter (hinted at here) I made recently (I liked it so much, I made it twice in rapid succession). And so, I finally sat down to do so tonight, only to realize that I didn’t take any pretty finished pictures of it.

However, instead of being defeated by my lack of artful images (I’ll add one tomorrow), I decided to dig in and write the post anyway, since strawberry season is starting to wane around these parts (and is already entirely over for some of you). 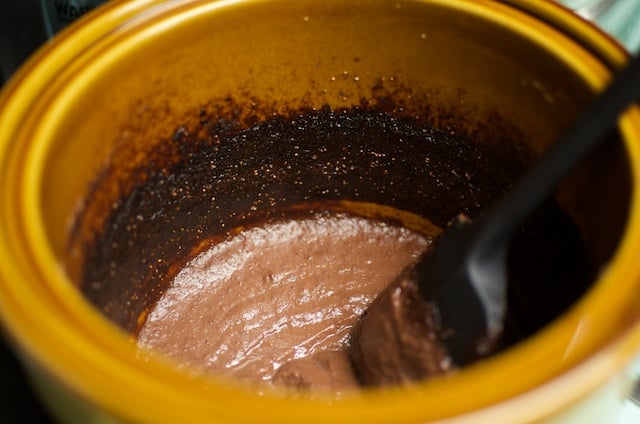 This one is much like the other fruit butters I’ve made in the past (and is nearly identical to the blueberry butter from four years ago). You start by pureeing enough fruit to fill your slow cooker up at least 3/4 of the way. For my four quart cooker, I found that four pounds of berries did the job nicely. Then, turn the cooker on low and let it run.

If you’re not going to be around, set a chopstick across the rim of the slow cooker and then put the lid on. This allows the slow cooker to vent a little, but also ends up trapping just enough moisture to prevent the growth of the skin. 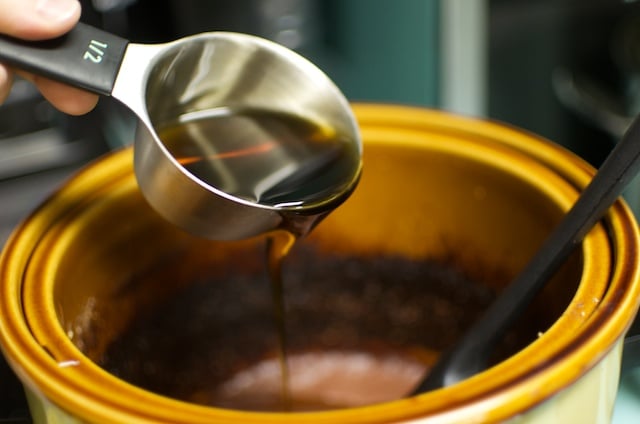 I tend to let this butter cook anywhere from 16 to 24 hours. So much depends on the volume of fruit you start with, the amount of water it contains, and how much heat your slow cooker produces when set to low (I prefer older slow cookers for this task because they cook at lower temperatures). I have been known to cook my fruit butters overnight, but I don’t recommend doing that until you understand how your particular slow cooker works with butters.

So, once your strawberries have cooked down to a dense product that doesn’t have any visible liquid on the surface, it is done. I like to hit it with an immersion blender at the end of cooking, to ensure that it’s perfectly smooth.

Once you like the texture, you add maple syrup to taste. My batches each produced about three half pints, which I sweetened with 1/3 cup of maple syrup. I also included two tablespoons of lemon juice to help keep the color, brighten the flavor, and increase the acid load just a little (strawberries are typically quite high in acid, but maple syrup is low in acid, so a little extra lemon juice makes sure that all is well, safety-wise).

You can process this butter in half pint jars for 15 minutes in a boiling water bath canner. It’s a good one. If you can still get beautiful strawberries, I highly recommend it!