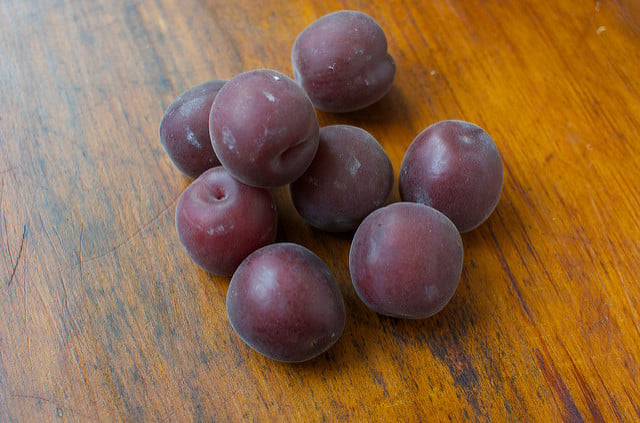 Slowly but surely, the stonefruit is beginning to appear. Nothing truly local yet, it’s getting ever closer. My little local greengrocer had South Carolina peaches last week, and the week before that, they had a small box of black velvet apricots from California. I call that considerable geographic progress! 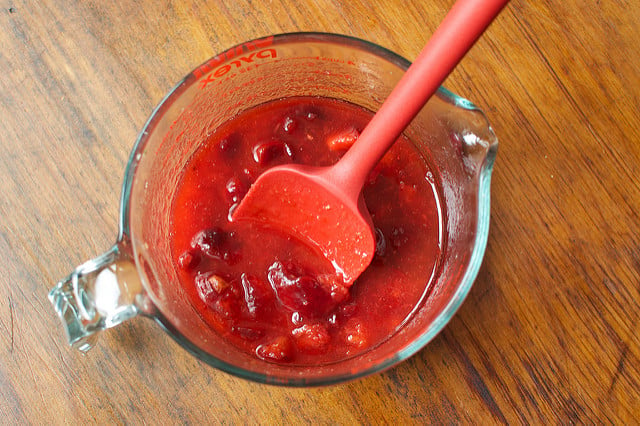 I skipped the peaches (I’m holding out for the good stuff from the farmers I know), but succumbed to a single pound of the black velvet apricots. Have you ever tried these tender little guys? They’re a fifty-fifty cross between a purple plum and an apricot and so have a tender, sweet interior and a wine-colored, downy outside. 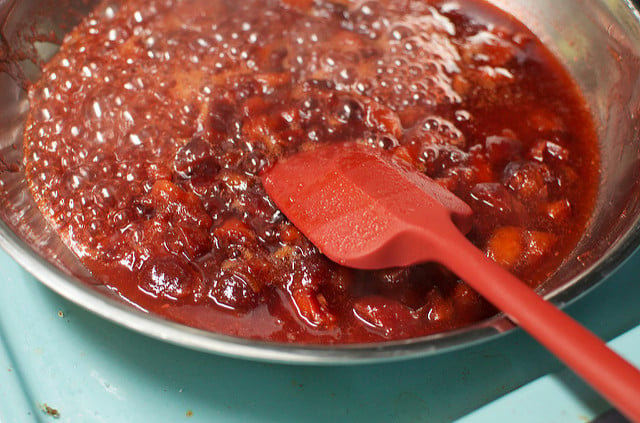 Because I absolutely cannot resist, I made a tiny batch jam with my eight little black velvets. I pitted them, chopped them, and combined them with four ounces of honey. Like I’ve mentioned in the past, I like to measure my honey by weight so that I don’t lose a single drop to the measuring cup. 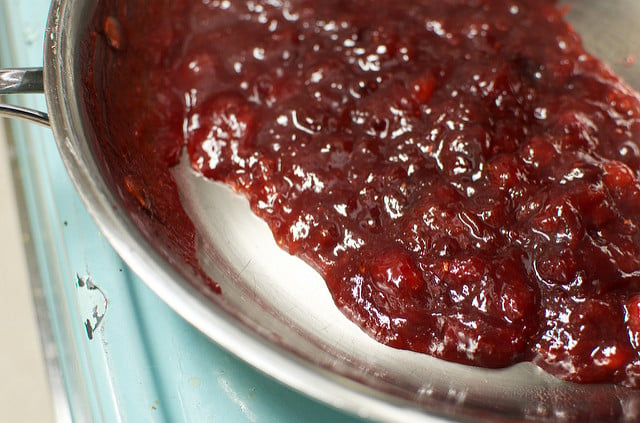 I used a ratio of four parts fruit to one part honey for this jam because I wanted to end up with a product that allowed the fruit flavor to shine. Because it was such a small batch, I knew that I’d be able to get it to set with a minimal amount of sweetener and so could get away with the relatively tiny amount of honey (this ratio will not work if you increase the batch size). 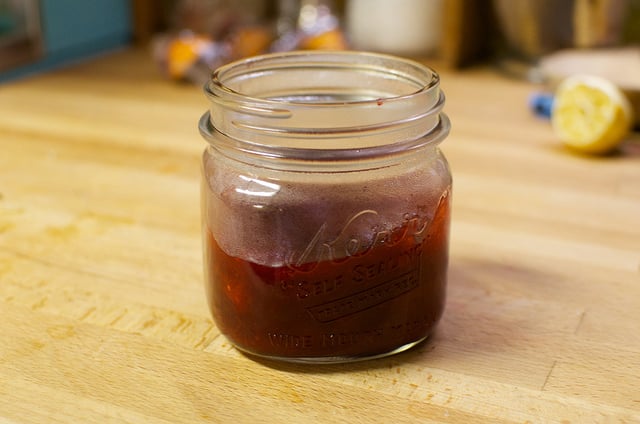 Simmered up in my trusty 12-inch stainless steel skillet, this jam took just eight minutes to fully cook (though cooking times will always vary). Because there was so much surface area in the pan and so little depth, the water from the fruit was able to cook out efficiently and cook to a high enough temperature to achieve set. This is the secret of these tiny, low sugar, no additional pectin small batches. 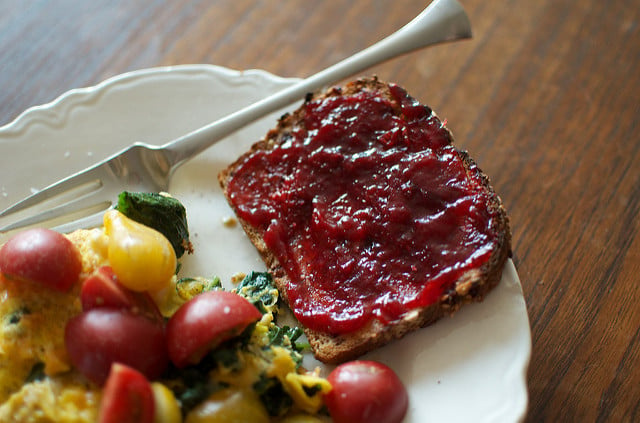 Made from just fruit and honey, my yield was a scant cup of jam. While I often can my small batches so that they’re shelf stable, I couldn’t muster the will to heat up even the tiniest canner in my arsenal for a single half pint of jam. So instead, it went into the fridge and I’ve been dolloping it on any vehicle that will hold still. I love how tart it is and am planning to make a similar batch when the true apricots come into season later in the month. 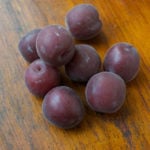