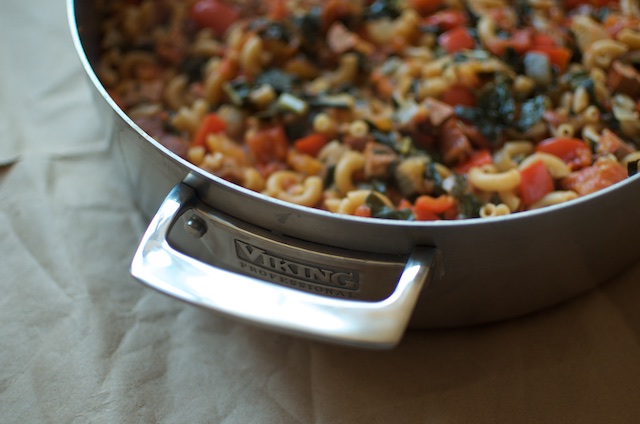 I’ve been cooking dinner on a near-nightly basis for the better part of the last two decades and over that time, I’ve come to understand a few essential things about myself. The most primary is that at my core, I’m a lazy cook. I’m not trading quality over convenience, but I am always making choices that I hope will make life just a little bit easier. 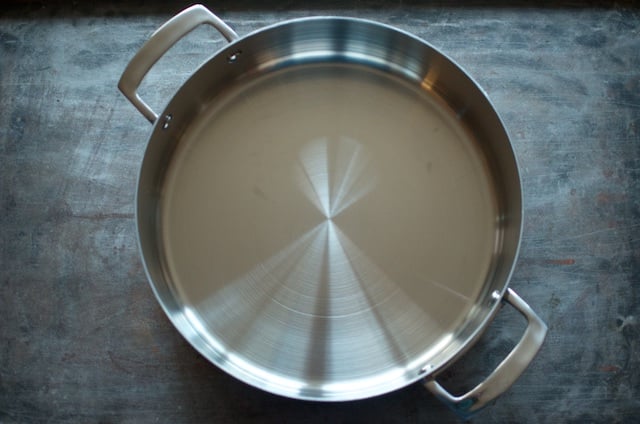 My inclination to reduce dishes and avoid unnecessary steps means that whenever possible, I opt for soups, stews, and other dishes that only require a single vessel. I will often cram things into a single pan when they might have been better off cooked separately. And any recipe that requires browning in batches is summarily discarded. 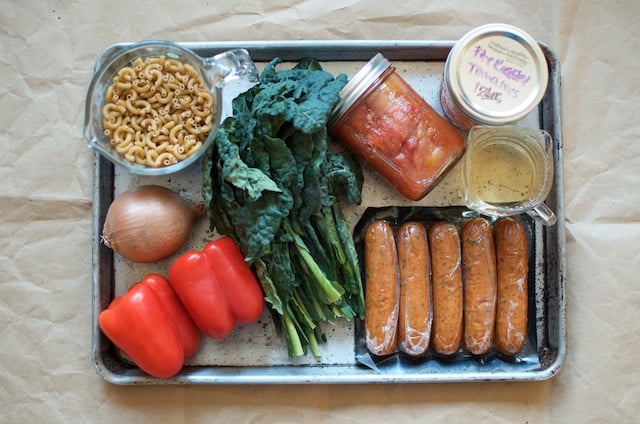 Last month, a piece of cookware came into my life that has both encouraged my lazy ways and upped my nightly game. It’s a stainless steel casserole that holds just over six quarts. It is sturdy, has a low, wide profile that makes for quick evaporation, comes with a tight-fitting lid, cleans up beautifully, and it made by Viking (until they reached out about this pan, I didn’t realize they did more than large kitchen appliances). It’s the Viking 3-Ply 6.4 Quart Casserole Pan. 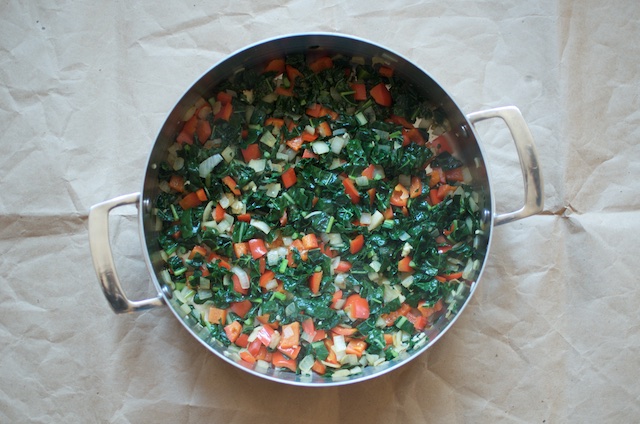 This pan has been on my stove top on a near-constant basis since it arrived. I’ve made a number of skillet chicken dishes in it (brown chicken in a single batch. Remove. Add onions and veg and cook until wilted. Return the chicken, add a little liquid, cover and braise until the chicken is cooked through). I’ve used it for pancakes, turkey bacon, and a large batch of eggs poached in tomato sauce. 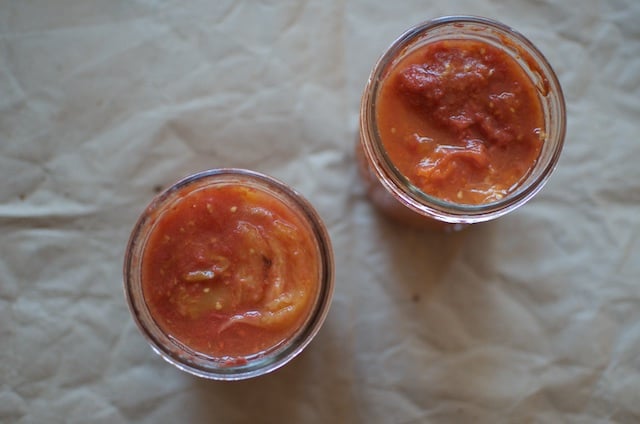 However, I think that the very highest calling for this pan is this skillet pasta dish. The original inspiration for this recipe is the single skillet pasta recipe from Martha Stewart that took the internet by storm a few years ago. This one isn’t quite as simple as just heaping all the ingredients in a pan and heating for nine minutes, but it’s pretty darn close. 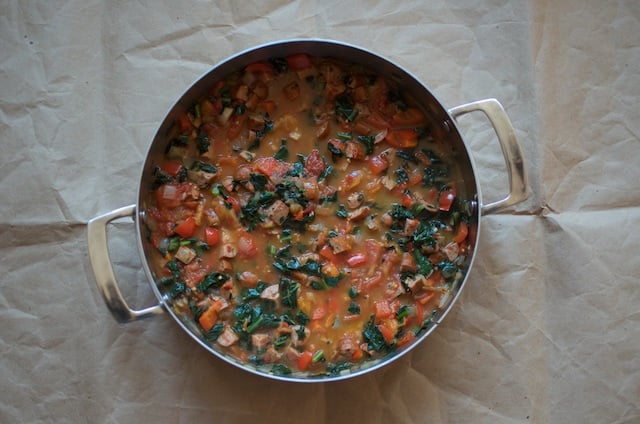 You start by heating a couple tablespoons of olive oil over medium high heat. When it shimmers, add some chopped onion, garlic, red pepper, and kale and cook until all the veg is tender. Then you add some cubed chicken sausage (I used some that was already cooked through), a cup of liquid (white wine, chicken stock, or water) and a couple cans (or jars, if your pantry runs to such things) of fire roasted tomatoes and get it bubbling. 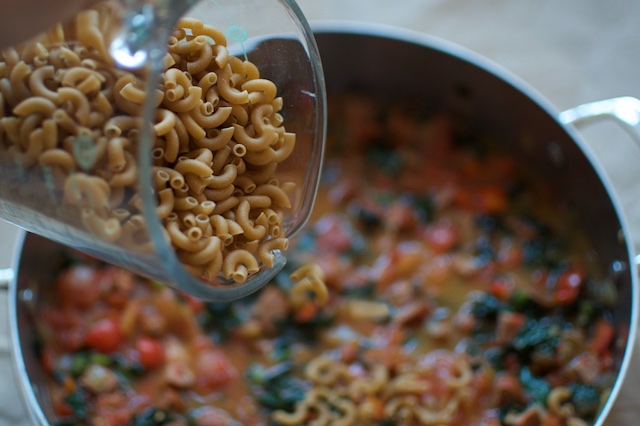 Then you add eight ounces of uncooked pasta. I used whole wheat elbows, but any short cut variety you have in the pantry does the job. Cover the pan and cook until the pasta is tender. It will absorb the liquid in the pan, making for flavorful pasta and less clean-up for the cook. 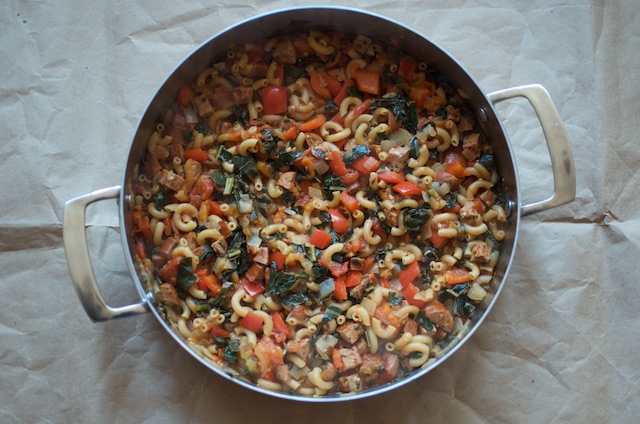 I’ve written the instructions out in an organized fashion for you, but this is more of a technique than a recipe that must be followed to the letter. You could do a version with braised fennel bulb and a pound of pork fennel sausage. A batch with artichoke would also be nice. The options are endless!

What would you make in a Viking casserole like this one? 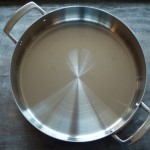 Disclosure: The folks at Viking sent me this pan, with the intention that I use it, develop a recipe in it, and feature it on my blog. No additional compensation has been provided. All opinions expressed are entirely my own.