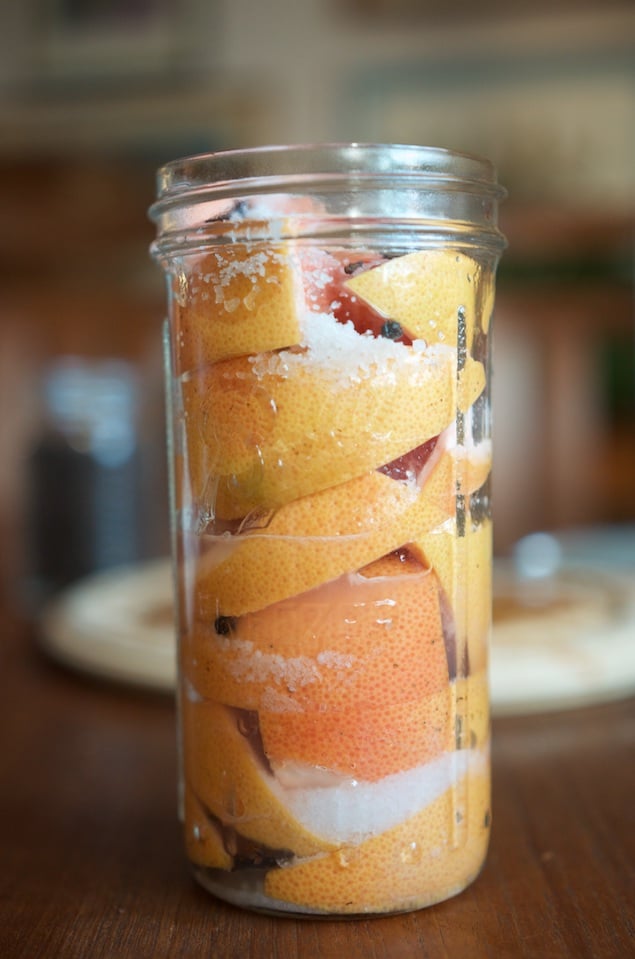 We’re talking about salt preserving this month as part of the Food in Jars Mastery Challenge. Several times now, I’ve read comments from people asking if it’s really as easy as it seems. After all, shouldn’t food preservation be labor intensive and time consuming? Happily, the answer is no. Not all acts of food preservation need to be hard. For instances, this batch of preserved grapefruit with spices. It took all of hands-on five minutes to make, and that includes the time I spent to take the pictures you see here. 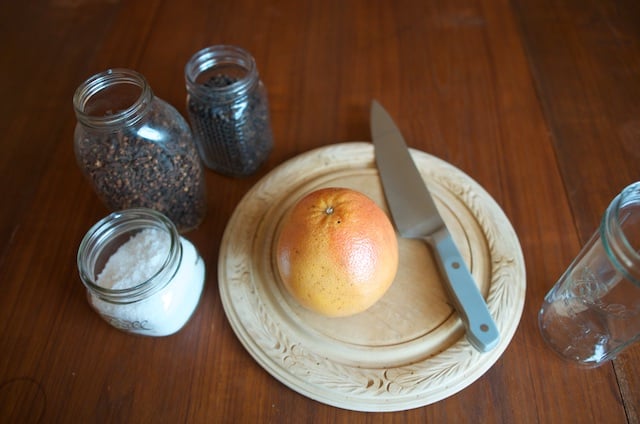 First, I gathered my ingredients. One hefty pink grapefruit. Some sea salt. And the spices that happened to catch my fancy this morning. 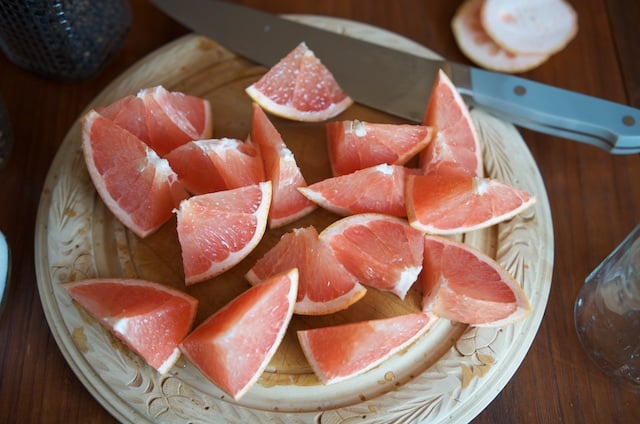 From there, I cut the grapefruit into manageable pieces. In this case, that meant eighths that were then each halved again. 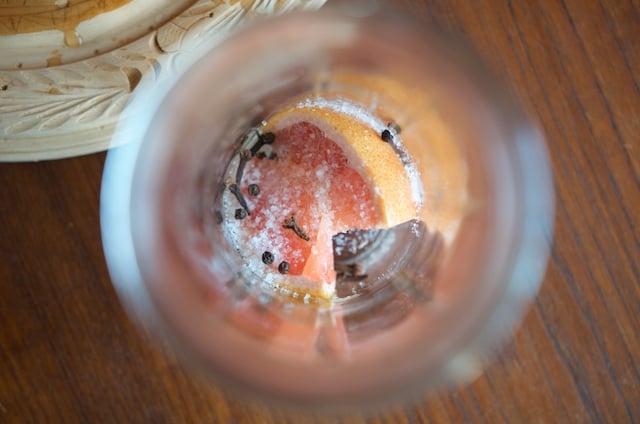 Then it was time to layer the grapefruit wedges. I took two pieces and snugged them into the bottom of the jar. I topped that with a teaspoon of salt, a few cloves and a couple black peppercorns. 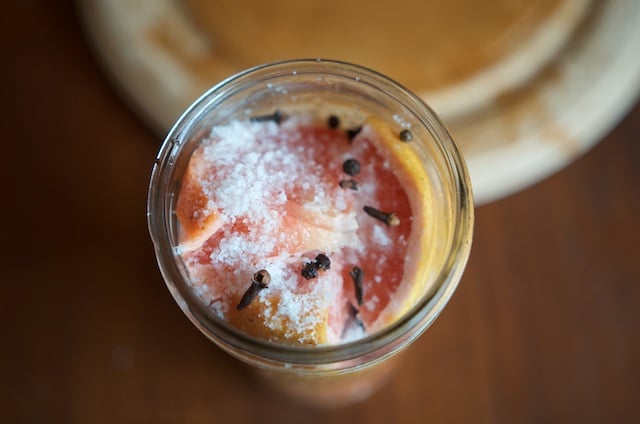 I kept layering grapefruit pieces, salt, and spices until all the jar was full and all the grapefruit was used up (and if you don’t recognize it, I’m using a pint & half jar here. It’s the one that holds three cups). 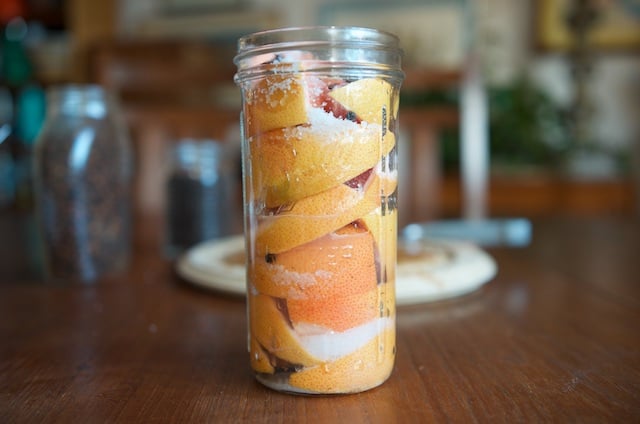 Once the jar was full, I pressed gently on the top to ensure that the salt was going to start dissolving and give me plenty of juice. I’ll let this sit on the countertop for the next week or so, until the grapefruit pieces are entirely covered with juice and they’ve started to soften and develop a pleasingly funky flavor. At that point, the jar will go into the fridge and I’ll start using these preserved grapefruit pieces to add flavor to dips, vinaigrettes, soups, and stews.

20 thoughts on "Salt Preserved Grapefruit with Black Pepper and Cloves"