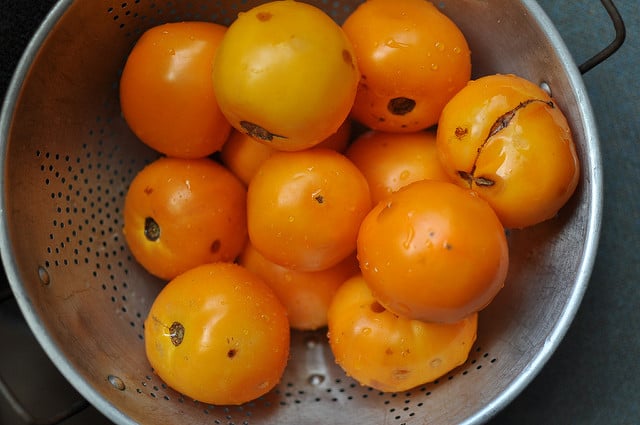 Of all the ways you can buy groceries in Philadelphia, the Italian Market is the most unique. It’s a blocks long market, made up of storefronts and curbside produce stands. It was originally entirely populated by Italian-owned stores and stalls, but over the years it has become increasingly multi-cultural.

There are butcher shops, fishmongers, coffee houses, sandwich joints, kitchenware stores, restaurants and produce stalls. It is slightly dirty, prices are often fluid and, in the winter time, they still light fires in giant metal cans to keep warm. 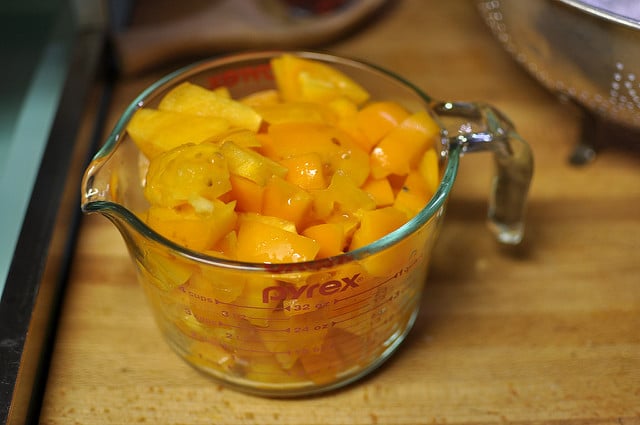 Often, the produce you find at the Italian Market isn’t local. In fact, there’s no way to know whether it’s from the US or somewhere increasingly far-flung. However, in late summer, you can occasionally find an incredible bargain on something grown just over the river in New Jersey. Such was the case for me last week.

I was in the market to pick up jars at Fante’s for a class (sometimes I feel like I’m constantly buying jars) and I walked by an enormous display of orange tomatoes. The signage proudly proclaimed that they were fresh from South Jersey and they were just a dollar for an overflowing two quart bucket. A single buck. 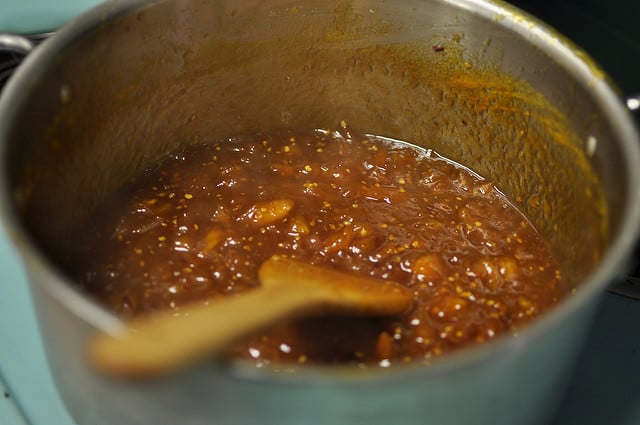 I brought them home and riffed on my standard tomato jam (in the last hours before we left for vacation). I reduced the sugar slightly, added vinegar to compensate for the lower acid levels of orange tomatoes (in addition to the lemon juice already present in the recipe) and made it fire-y with cayenne and smoked paprika. My yield was just 2 1/2 pints and after I was done, I wished there was time to dash back to 9th Street and pick up another dollar’s worth of tomatoes. 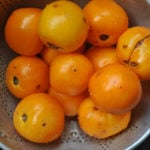