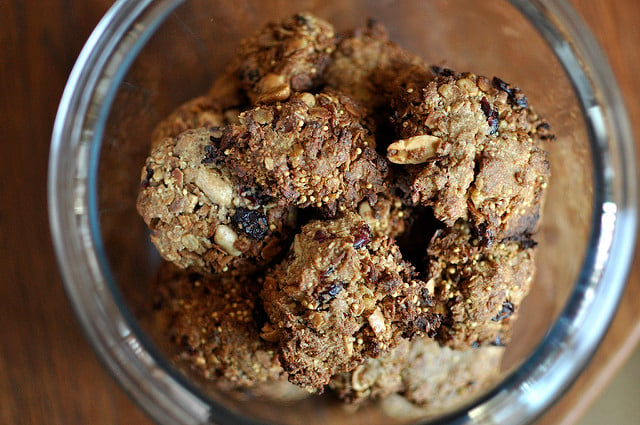 I have made a lot of granola in the last month (a mighty understatement). I was testing recipes for the book and even after giving large containers of it away, I still had enough granola on my kitchen shelves to supply a small restaurant through a busy weekend brunch service, three or four times over. Though Scott and I both embrace a breakfast of granola topped yogurt, there more that we could handle in a reasonable about of time. Steps had to be taken before all that home toasted granola went fusty and stale. 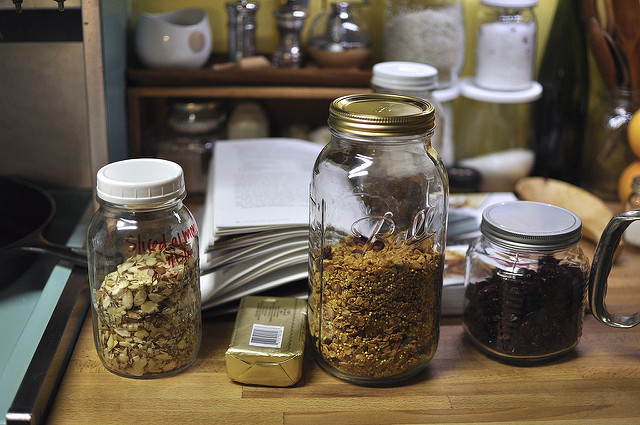 While flipping through Baking on Saturday afternoon in search of Dorie’s cream scones, another recipe caught my attention. Called Granola Grabbers, it is essentially a heartier-than-average oatmeal cookie, made with granola as the primary ingredient. I stuck a magazine subscription card in to serve as reminder to come back and take a closer look. After all, I had a bounty of granola in need of transformation. 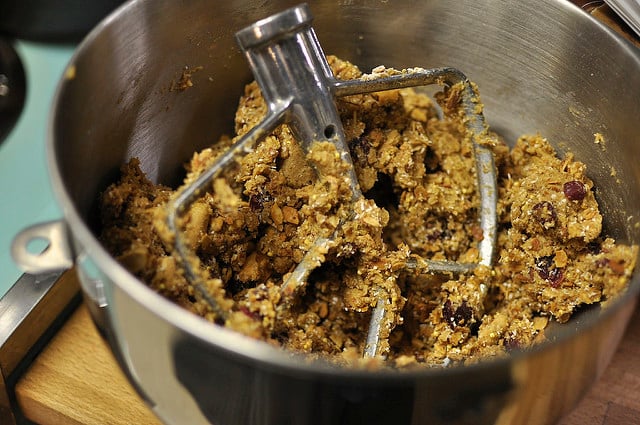 Last night found me standing in the kitchen wanting to make something for all of you. I’ve been feeling a little bit lost in the face of late winter. I know citrus is the thing this time of year, but somehow I can’t summon the energy to chop lemons for marmalade right now. So instead of putting something in a jar, I took the remains of a batch of granola (it’s a dried cranberry and orange-scented thing that will be in the book) and made cookies inspired by those granola grabbers. 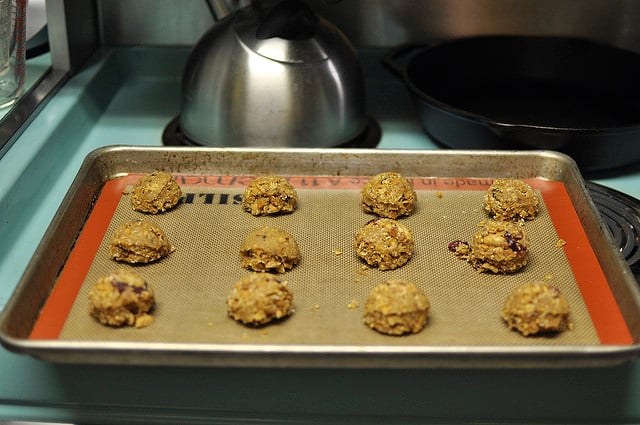 Though I restrained myself from healthy-ing up the cream scones I posted about on Monday, I wasn’t able to keep from making a few adjustments here. I replaced some of the dairy butter with apple butter (another open jar finished off!), cut the sugar by half (and they’re still quite sweet) and used whole wheat pastry flour in place of the all-purpose. I also added some cinnamon and nutmeg that weren’t in the original recipe, to help bolster the fading flavors of my aging granola. 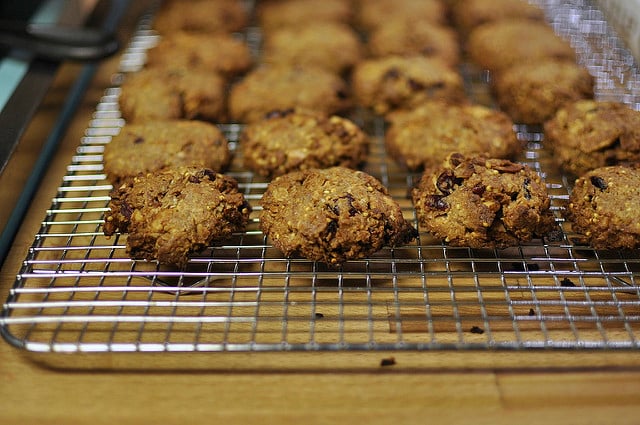 Having made this recipe as a basic cookie, I think I’ll try it as a bar next time. They are so dense and crumbly (but in a good way) that I think I’d like to be able to grab a smaller bit than these hefty cookies allow. That said, I am not at all unhappy to have them in my cookie jar. In fact, I’m kicking myself that I didn’t bring one or two along to work today, to nibble after lunch (plus, I could use something homemade after my cafeteria salad).

Oh, there’s one more thing you should know before you tackle this one yourself. Dorie’s original recipe asks that you use granola without added fruit. Her very valid concern is that the fruit in store-bought granola can be very dry. However, my homemade granola included plump, moist dried cranberries and lots of slivered almonds. Because of that, I used four cups of granola and omitted the additional cranberries and almonds. I know that granola will vary, so I’ve included her original proportions here. Feel free to use your best judgment when you make these for yourself. 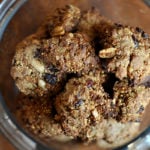