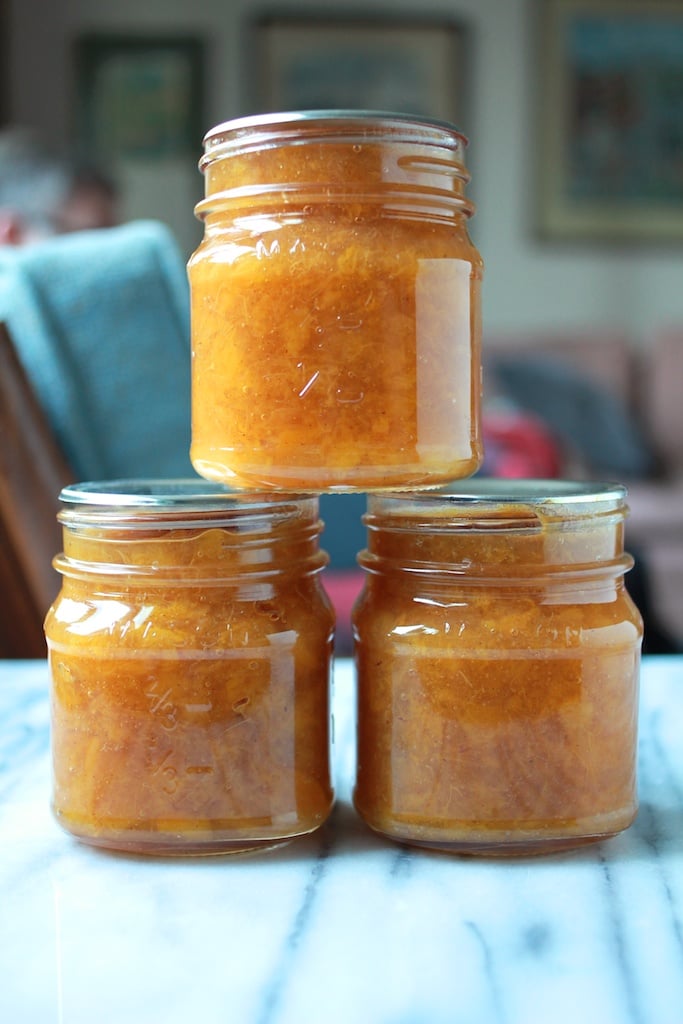 For the last four summers, I’ve been invited by the folks at the Washington State Fruit Commission and Sweet Preservation to participate in their Canbassador program. Essentially, sometime around mid-summer, they drop me an email and ask if I want to make something tasty with their fruit. When I say yes, the ship a box of delicious Washington-grown cherries, peaches, plums, or apricots. 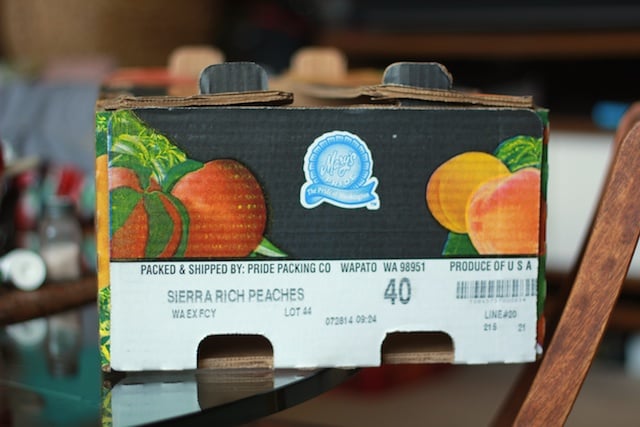 Some years, they send me a mix of fruit. Other years, it’s just a single variety. Here’s what I’ve made for this partnership since kicking things off in 2010. 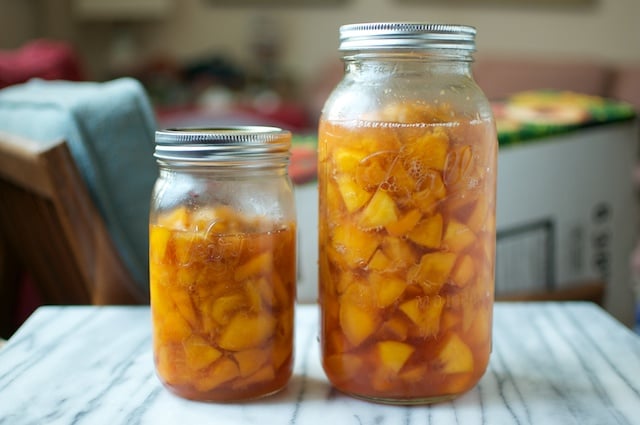 This year, they sent me a giant box of sweet, juicy peaches. About half the fruit was at the apex of ripeness upon arrival. I triaged the box, sorting the peaches that had to be used immediately from the ones that could stand a couple of days in the fridge. When I was done, I had six pounds of peaches that required immediate action.

And so I peeled them, roughly chopped them, and divided them between a couple of large jars. I added some sugar to help hold them (1/2 a cup for the quart jar and 1 cup for the half gallon), gave both jars a good shake to distribute everything, and plunked them in the fridge for 2 1/2 days while I went down to Washington, D.C. to teach some classes. 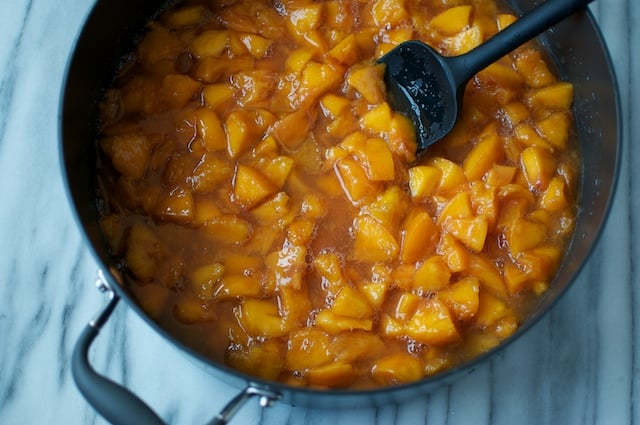 When I got home from the trip, I poured the macerated peaches into a low, wide pan (in fact, the one I wrote about here). I added a tablespoon of calcium water (Pomona’s Pectin), 1 teaspoon ground cinnamon, 1/2 teaspoon freshly grated nutmeg, and the zest and juice from a lemon.

I brought it to a boil and cooked until the peaches where very soft and the syrup became to thicken. I whisked 1 tablespoon of Pomona’s Pectin into 1 1/2 cups of granulated sugar and after about 35 minutes of cooking, stirred it into the jam. A few more minutes of simmering to help everything combined and then the jam was done. 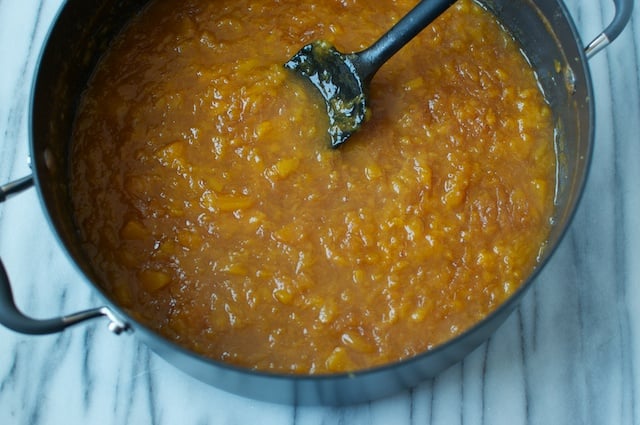 Funneled into eight half pint jars and processed for 10 minutes, this jam is lighter on sugar than many, but doesn’t sacrifice anything in terms of flavor. It’s a nice one for holiday gifts and eating with fat slices of angel food cake. 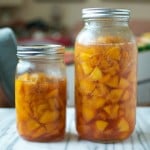