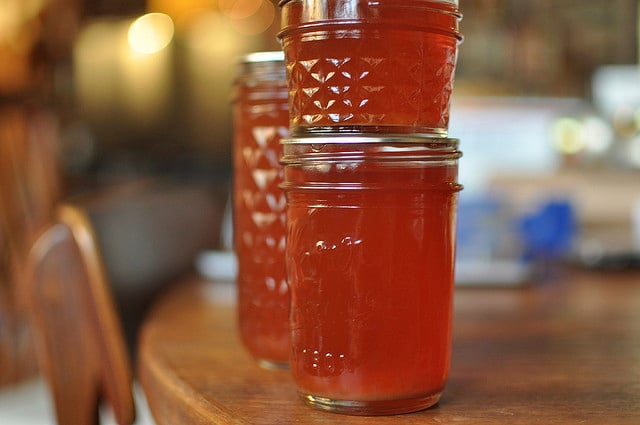 When I was growing up, the Bybee-Howell House on Sauvie Island (just outside of Portland, Oregon) held a Wintering In festival each fall. For me, the highlight of this event was the fact that they gathered all the apples from the adjacent orchard and pressed them into cider in front of our eyes. I’ve had a deep love for the flavor of fresh cider ever since.

For the longest time, I’ve wanted to capture that fresh apple cider flavor in a preserve*. The idea of an apple cider syrup seemed particularly appealing, because it would be so flexible. I even tried to make it about a month ago, but cooked it right up to the set point and ended up with jelly instead. It was tasty, but not what I was going for. 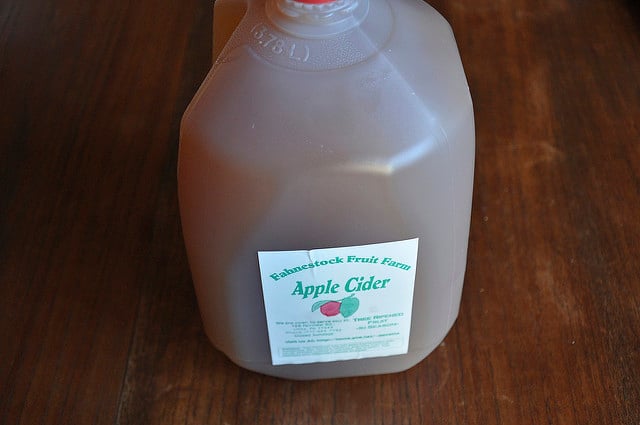 This weekend I tried again. I picked up a gallon of fresh cider from my local farmers market, brought it home and poured it into a big pot. I added three cinnamon sticks and brought it to a boil. Once it was bubbling madly, I lowered the temperature a bit and let the cider cook down while I cleaned the kitchen and started a batch of soup.

It simmered for about an hour, until it was reduced by a little more than half. At that point, I removed the cinnamon sticks and added two cups of granulated white sugar. I stirred the sugar in until it was dissolved and continued to cook for another ten minutes or so. At this point, I began to monitor the temperature of the cider. Once it reached 218 degrees, the syrup was done (remember, the set point of jelly is 220 degrees, so if you want something to remain a syrup, you have to stop short of that temperature). 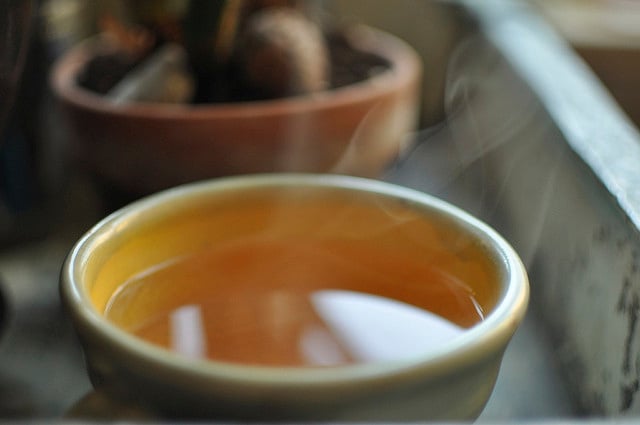 Once it was done, I was left with a generous 6 cups of syrup. I funneled it into an assortment of prepared jars and processed them in a boiling water bath canner for 10 minutes.

Now, you may be asking yourself, what does one do with several pints of apple cider syrup? My favorite way to use it is as a base for a quick mug of warm cider. Simply spoon some of the syrup (I like three tablespoons worth, but your tastes may vary) into the bottom of a heatproof mug and top with boiling water. It’s a great treat on a cold winter night.

You can also use it as a pancake syrup, which is a very nice way to go. If you find it a little too thin, just add a small amount of cornstarch to thicken just before serving (don’t add cornstarch prior to canning, it doesn’t hold up). I don’t mind it the way it is, but again, tastes vary.

It would also be good drizzled over cake that needs a bit of moisture or stirred into hot cereal. I haven’t tried it yet, but I also imagine it would be very good in a warm brandy drink. Just a thought.

How would you use an apple cider syrup?

*There’s a mulled cider jelly in my cookbook

that’s pretty darn good, but of course, I can’t share that one with you quite yet.