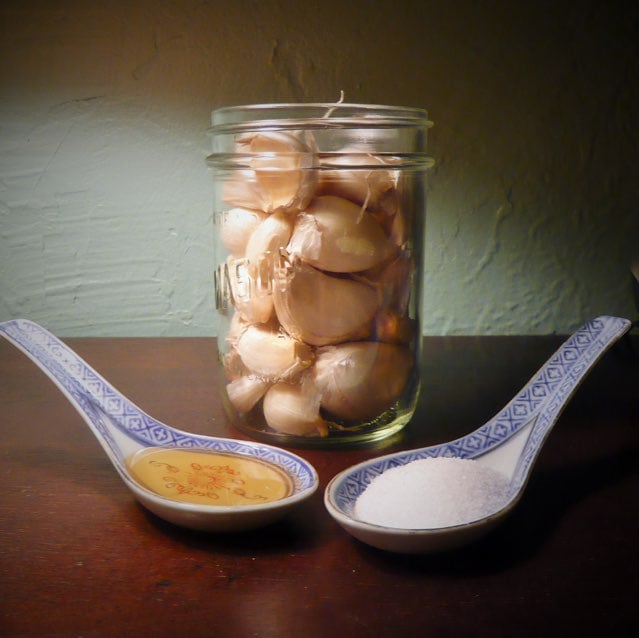 Today’s guest post comes to us from Stefanie Kulhanek. She is an ecologist and science educator living in Montreal, Canada who currently works at the Montreal botanical gardens and Biodome. She has done extensive work with local non-profit organisations promoting urban agriculture and community composting in both Montreal and Toronto.

Stefanie first began canning and preserving 8 years ago as a way to deal with surplus from her garden. Since then she had attended various courses and workshops on the topic and loves to experiment with new recipes. Her other hobbies include winemaking, foraging for wild edibles, growing mushrooms and even cultivating Bonsai trees from native species. 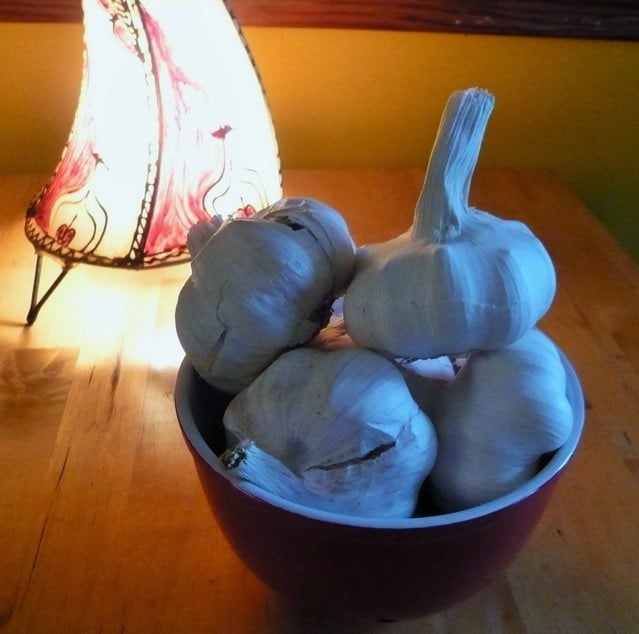 Last fall I was first introduced to the fascinating food item know as Seer Torshi; a unique garlic pickle of Persian origin, which is often aged for seven years or more. I was attending a workshop given by a friend on the topic of unusual foods that she’d discovered while traveling. Amongst the various goodies I sampled at the event, Seer Torshi impressed me the most!

When raw garlic cloves are immersed in plain white vinegar for a very long time, a rather magical transformation occurs. The cloves turn from crisp white to ivory, sometimes with hints of blue-green (see the note at the end of the post), eventually fading to a light brown that deepens with age. After several years the cloves become very tender, mild and almost fruity, while both the garlic and its brine take on a deep mahogany colour – reminiscent of balsamic vinegar. 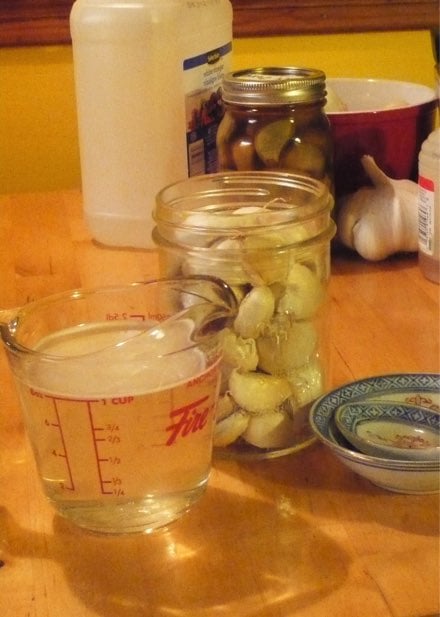 Seer Torshi is mainly served as an appetizer, much like olives or a fine cheese and is rarely added to recipes. In fact, given its lengthy aging time and supposed medicinal qualities, this pickled garlic is considered a real delicacy and it’s definitely quite addictive.

I was lucky enough to leave the workshop with what remained of an 8-year old jar and a determination to make a batch myself. After doing some research I learned that, while traditional Seer Torshi requires only minimal preparation but lots of patience, there are also several short-cuts that can be taken to reduce aging time substantially. I decided to try my hand at both methods, based on the recipes below. 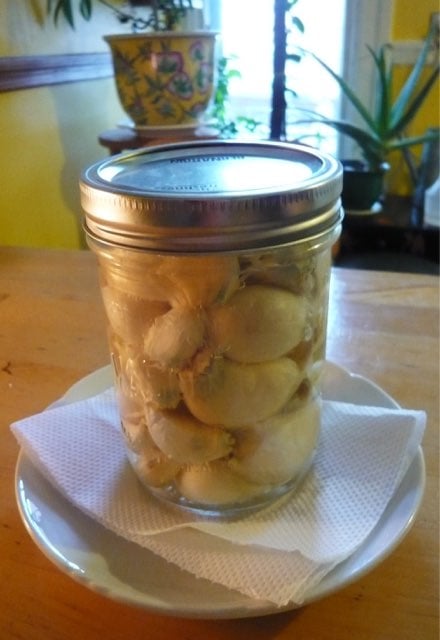 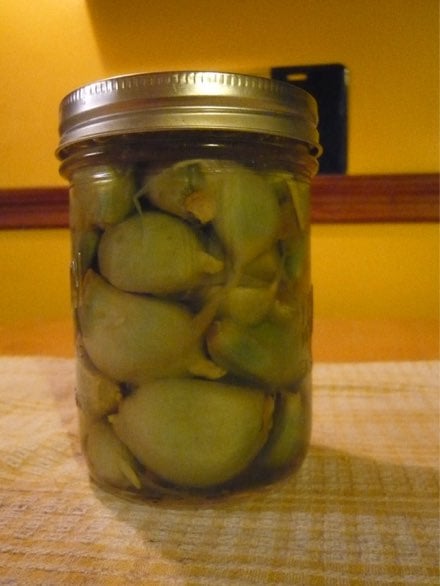 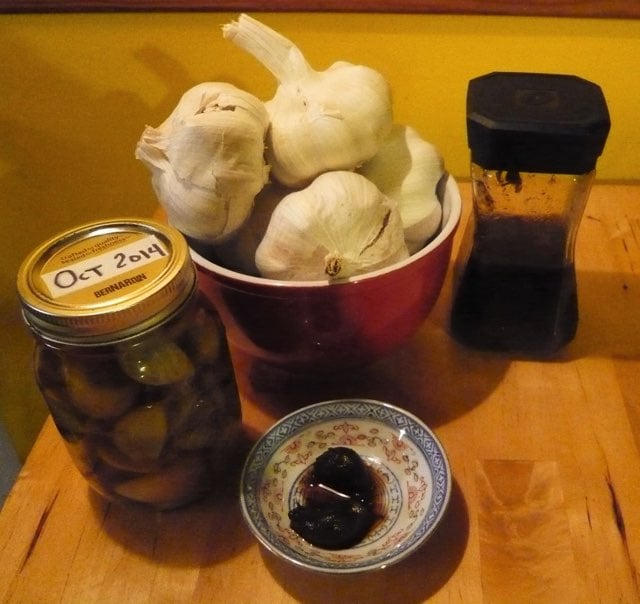 A note on garlic turning blue-green

Under certain conditions, garlic may develop a blue-green hue especially when exposed to certain acids or fats. This is the result of various reactions between the sulphur compounds and enzymes than naturally occur in garlic and the fat or acid it’s exposed to. It doesn’t effect the safety or even the flavour of the food but can be a bit unappealing to some.

When making Seer Torshi using the traditional methods, some degree of blueing is likely. The extent however, will depend on anything from the age of the garlic to the chemistry of the soil in which it was grown. In any case there’s no need for alarm, as the colour will eventually fade to brown. If using the quick method the garlic shouldn’t turn blue as boiling destroys the enzymes responsible for the colour change.